Pitbulls get an underserved bad rap. They have cruelly have been used in fighting operations and this is the reason behind why many people believe that pitbulls are violent dogs. The reality is that pitbulls when raised with love and care are a very loving, loyal and noble breed!

I love coming across stories that feature pitbulls in a favorable light, I have written a couple of articles inspired by these clips. Stories of pitbulls being heroes and amazing babysitters are some of the examples I have seen.

I was especially blown away when I watched the video above about a pit bull named Veronica-Lynn. Veronica is a 9-year-old pit bull. Her owner adopted her since she was only 10 weeks old. Since then, the two have developed a special bond and relationship that words cannot describe. Instead, they will use fancy tricks to showcase it.

In the video above, Veronica’s owner records Veronica performing various tricks such as putting her own toys away and getting her owner a tissue when she sneezes. It’s highly impressive and shows just how much the owner matters when it comes to a dog’s behavior.

Check out the amazing video, you’ll definitely smile I guarantee it! 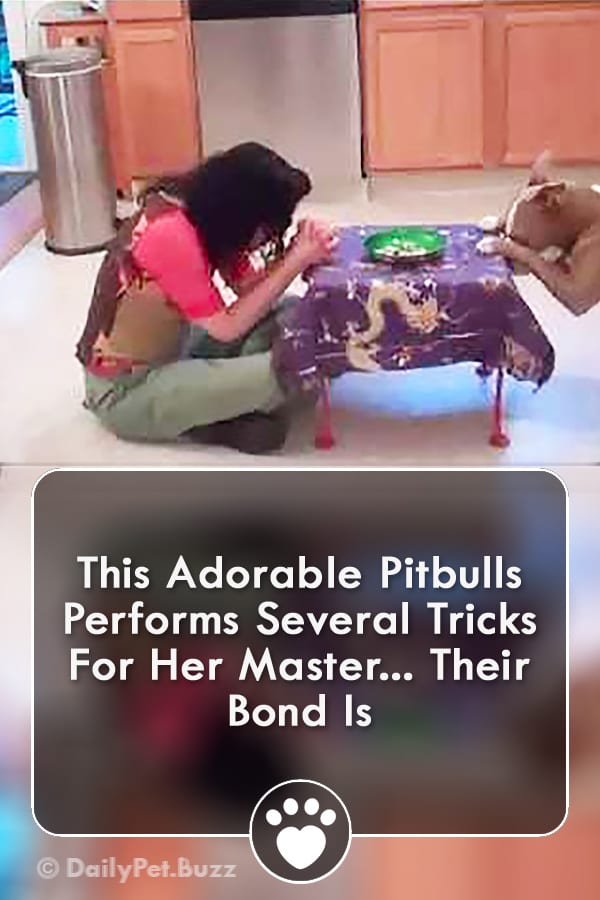