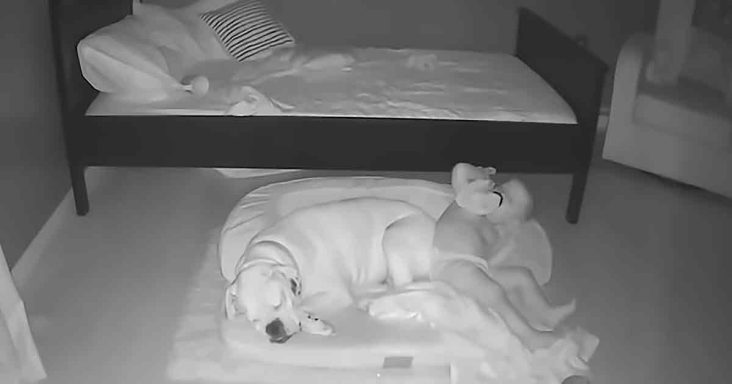 In the middle of the night, a toddler got up from bed to cuddle next to his sleeping Boxer dog. With a pacifier in his mouth and a bottle in one hand, his impossible mission began.

The toddler slowly climbed down from his bed while bringing his blanket with him. On the floor was the dog keeping guard while sleeping soundly. He is almost twice the size of the child.

As the toddler makes noise, the dog turns around to see his friend coming closer. The dog closes his eyes and tries to go back to sleep. Meanwhile, the toddler covers himself with a blanket.

Then the child lies on top of the dog, who remains completely motionless. He isn’t satisfied with the position he is in and stands up. With a bottle and blanket in his hands, he walks in front of his canine friend.

The toddler pushes himself against the dog to find the most comfortable area. Then he rolls around and ends up on the back legs of the Boxer.

For a moment, he is using the blanket like a bedsheet for the dog. Still not satisfied, the toddler removes his pacifier to take a sip from his bottle. He then tries to climb on top of the dog.

The toddler can’t stay still, but it seems that the dog has already fallen asleep despite the commotion. Finally, the child finds a sweet spot where he remains unmoving and finds some peace. 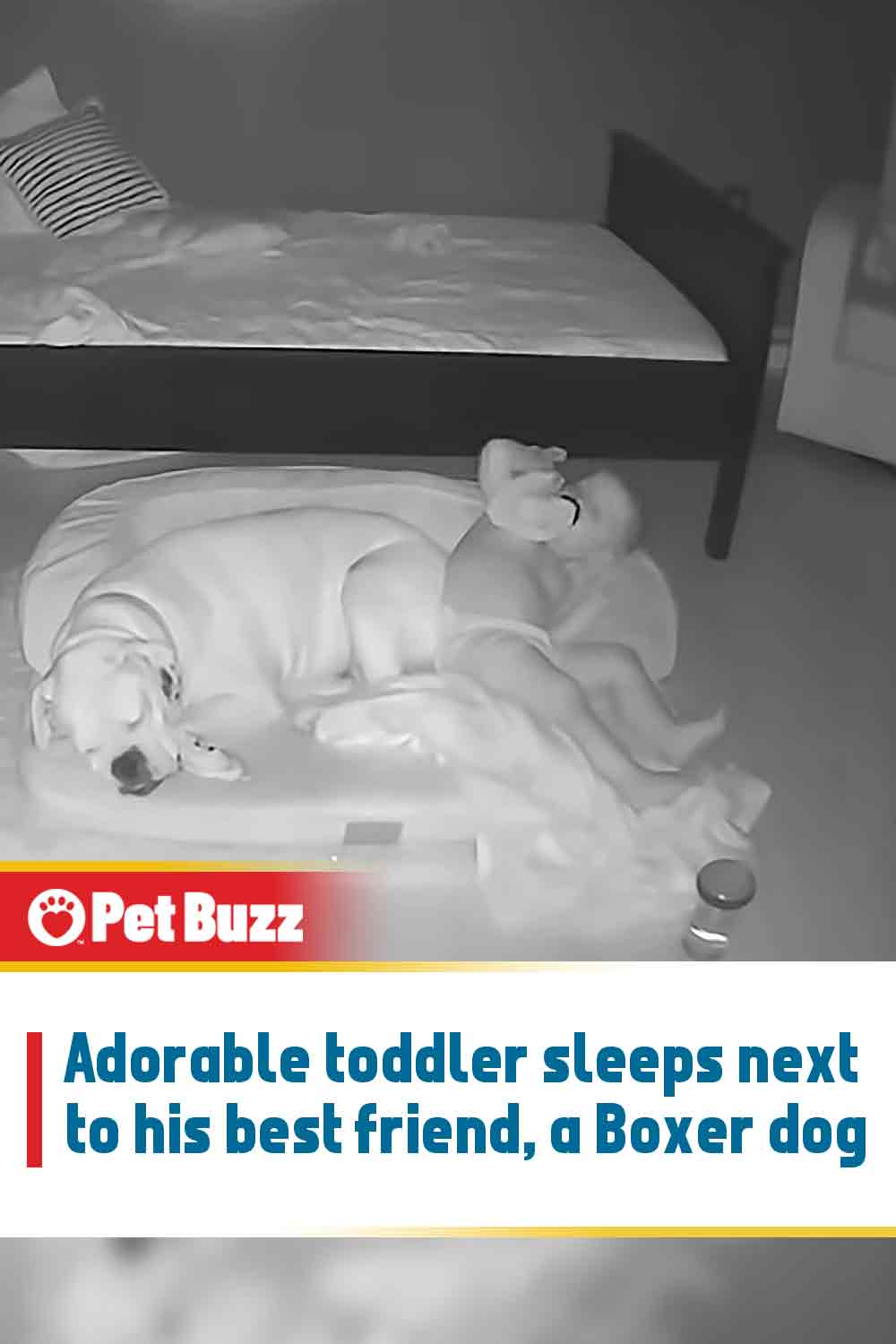