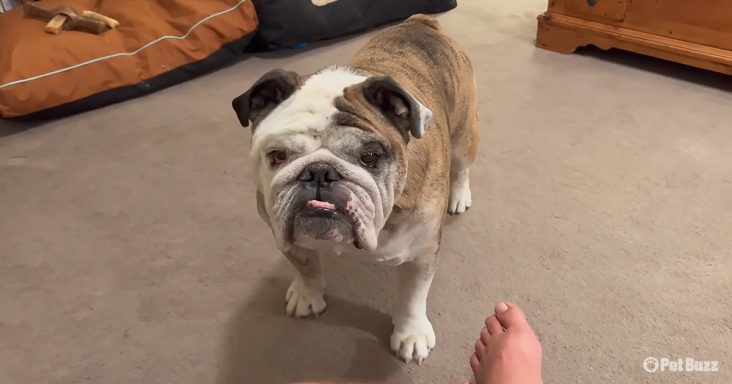 Reuben the Bulldog went up to his dad and asked for something that his dad should have immediately known. At first, Reuben’s dad didn’t know what Reuben wanted. 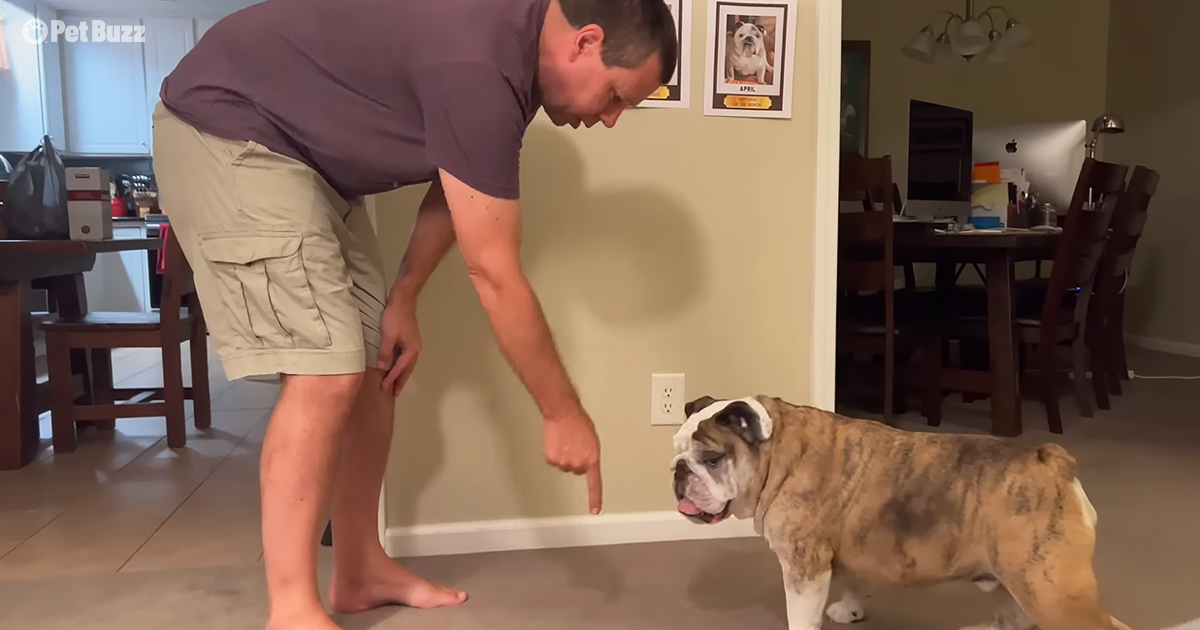 His dad was just sitting down, and he thought that Reuben wanted to sit in the chair. Then he asks if Reuben wants food. Reuben does love food, but that isn’t what he was looking for.

The Bulldog looks knowingly at his father and starts to jump up on his legs excitedly. Reuben’s dad isn’t sure yet what he wants, but he is close to figuring it out. 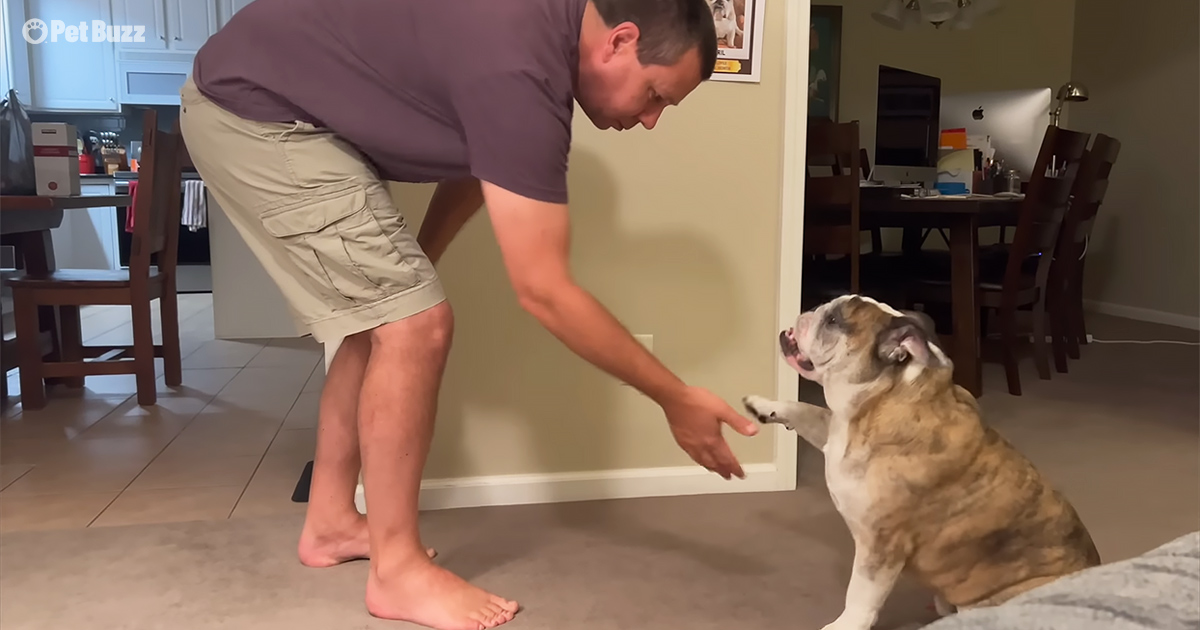 Then finally, Reuben’s father figured out precisely what Reuben wanted. He sighs and removes his glasses. It appears that he is a bit reluctant to do the thing that Reuben has been asking for.

Reuben’s dad then leans forward and apologizes to Reuben. He isn’t sure why Reuben wants it, but he does it anyway because he loves him so much. 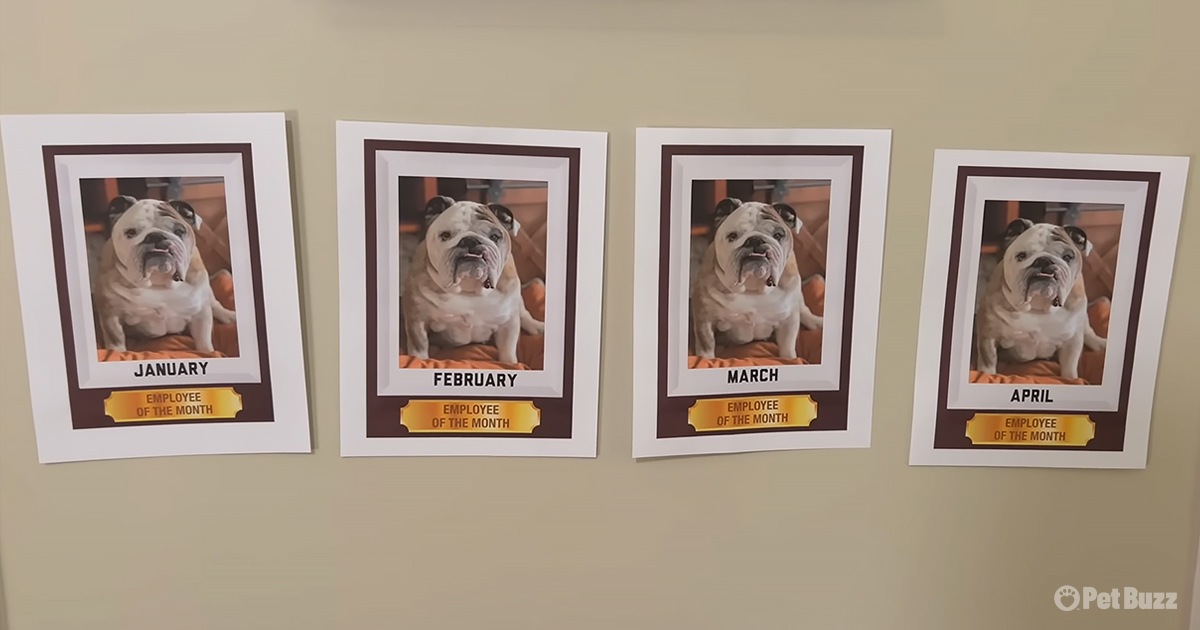 The Bulldog listens as his dad lists him the series of achievements that Reuben had accomplished that month. Reuben receives congratulations for once again being an employee of the month.

He is thrilled to finally receive the award, and there is one more thing to do. Reuben’s picture gets put up on the wall where it shows he has been the employee of the month for four months in a row. 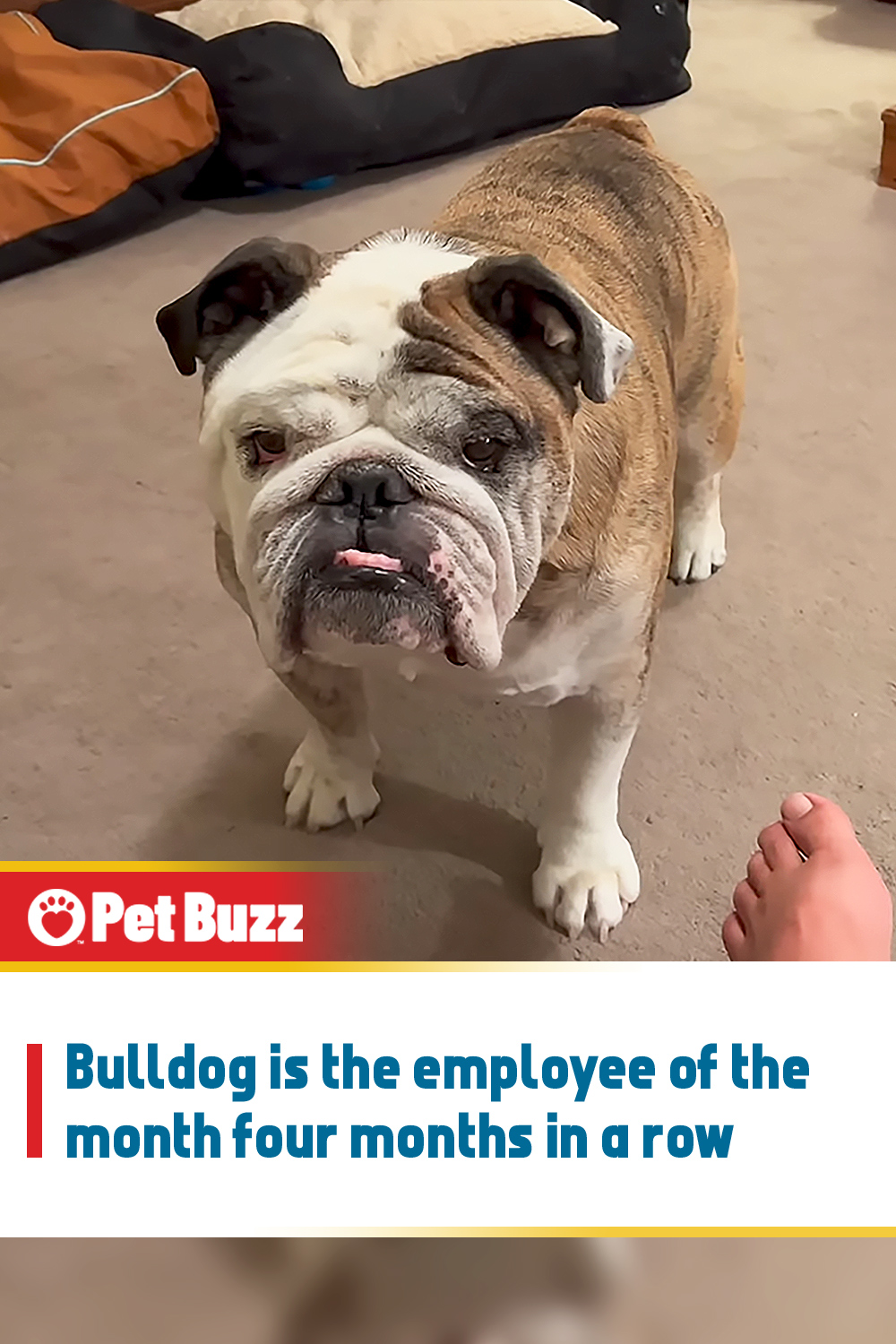