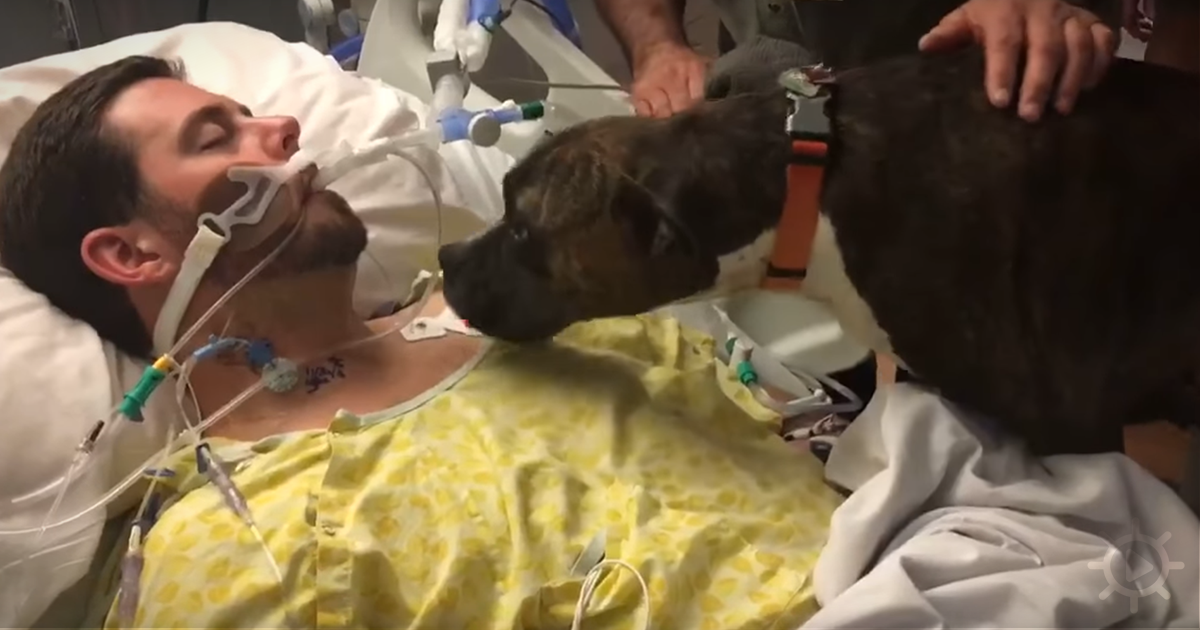 A dog’s love for its human parents is as powerful as it is unconditional. That’s why these incredibly loyal companion animals have long been known as “man’s best friend.” When a dog and one of its favorite humans get separated, it’s at least as heartbreaking for the dog as it is for the person.

Ryan Jessen was only 33 years old when the terrible headache hit. He thought it was a really bad migraine but in fact, it was something far worse. He’d suffered a cerebral hemorrhage and soon slipped into a coma.

Sadly, it became clear that he was never going to recover and his family would have to prepare themselves for the worst.

But there was an important loved one who hadn’t come to Ryan’s bedside: his beloved dog Mollie. She’d been at home the whole time wondering why her human dad had left and wasn’t back yet.

Ryan’s sister Michelle understood this and was able to do something: “The hospital did the sweetest thing for us and allowed us to bring my brother’s dog in to ‘say goodbye’ so she’d know why her human never came home. If you knew my brother, he really loved his sweet dog.”

The family made a video of Mollie’s visit to her stricken human dad and it really resonated on the internet, provoking an outpouring of sympathy. Michelle expressed the family’s gratitude: “We are sincerely touched and humbled by others’ stories, their sharing in our sadness and the kindness of so many people. Don’t worry about the dog. We’re keeping her!!! She’s part of the family.”

What did you think of this dog getting a chance to say goodbye to her human dad rather than being left wondering why he vanished?