The video shared below is going to make your day. This dog got one of his hind legs twisted up in a metal chain link fence in a quiet neighborhood. The residents around the area informed the authorities and that’s when Plattsburg police officer, Nick Sheppard, stepped in to help him out. Nick loves dogs. But when he rescued the pooch, he got more than he bargained for.

When Nick showed up at the house of the woman who called for help, he saw the dog on the ground with his back leg twisted up in the fence. He wasn’t injured, but he was in pain because of the angle of his leg. Nick got wire cutters from the woman, and when he walked away the dog began to bark like he didn’t want Nick to leave.

The officer cut the fence to free the canine and the dog ran off. Not wanting to leave the dog alone again, the officer went after him. He ran around to get in his patrol car, looking for the dog as he went, but he was taken by surprise when he reached his patrol car. What he saw next cracked me up. Wait till you see what his camera caught towards the end of the clip!

I don’t want to spoil the end for you, but let’s just say that if Nick wanted a new dog as a pet, he could probably have this one. What a great guy to help this dog who was in a bad situation.

Check out this incredible video above! Were you expecting this ending? Let us know what you thought about it in the comments section! 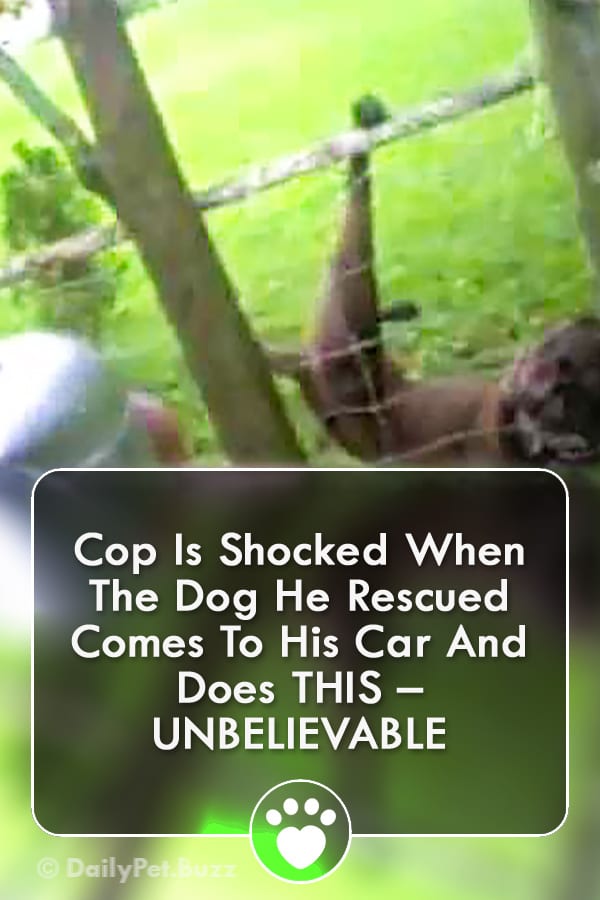