Dogs are remarkably good at picking up word commands. A friend of mine’s pit bull knows that when we say it’s the last ball we’re going to throw, to then take the ball and put it away. Part of it is because they can read our social cues, but they can have a rather extensive vocabulary. Take this video of a doggie who can pick out several words to be able to get himself ready for a walk. It’s really cool.

We see Ziggy, a rather young pit bull, in his daddy’s apartment. His daddy asks him, in a British accent, if he wants to go for ‘walkies.’ This sends the pooch into an excited tizzy. He starts running around the apartment. There are preparations, though, and his daddy then requests a ‘lead’ , which is a leash for us Americans, a jacket, and his collar. Ziggy gets all of them and it’s time for that walk!

For those who are oohing and ahhing over Ziggy – yes, he’s a very clever dog, but he’s probably learned to key in on some words ” like ‘Walkies’ , ‘Lead’ , ‘Jacket’ and ‘Collar’ . He knows what those words mean and what he has to do. It’s still a fantastic job and I do feel like I’m showing the Wizard behind the curtain here, but it’s not like he understands the full sentences. It’s like ‘BLAH BLAH ZIGGY! BLAH BLAH BLAH WALKIES.’

I must say though, that watching this video made me feel very British and I’m probably reflecting that in my formal language. Then again, I did read a lot of British Literature when I was an English Major. Oh well. Ziggy seems like an awesome dog. If I tried to get my cats to do stuff like that, they would just look at me with disdain and go lie down for a nap or

Wasn’t Ziggy SO cute? Is your dog this well-trained? We’d love to hear any examples you might have. Tell us in the comments section! 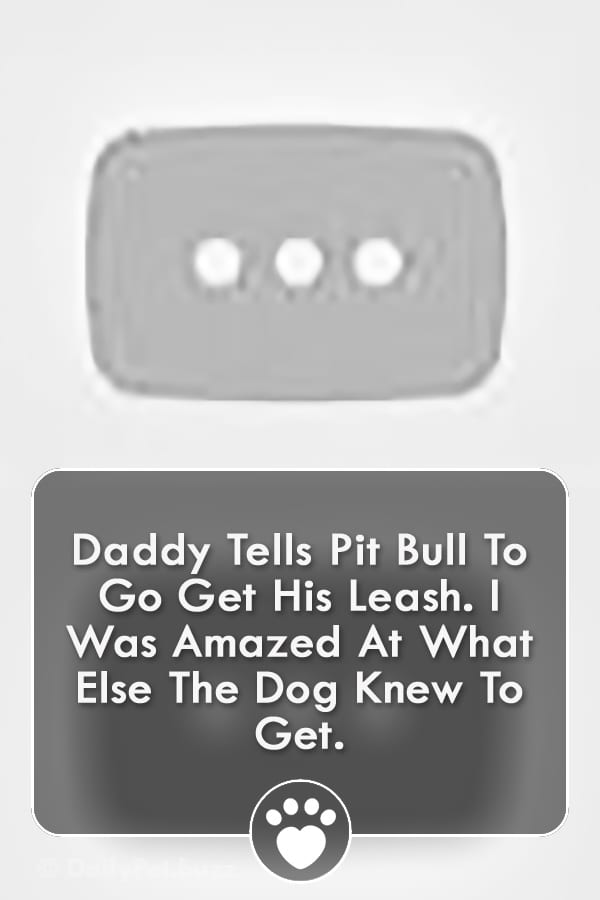