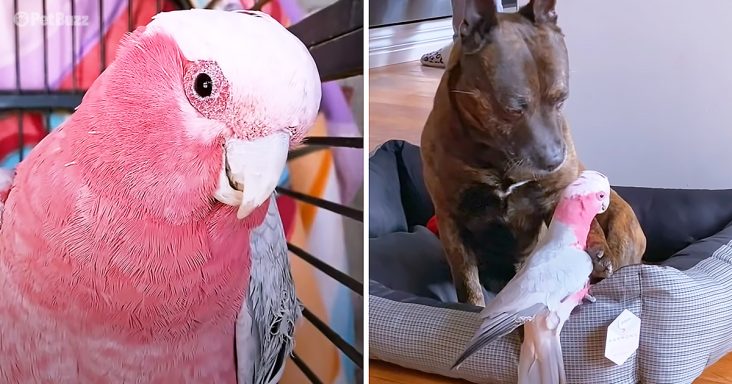 A dog named Milo finds a bird with a broken wing and convinces his humans to help the little guy. And that is precisely what they did. But what they didn’t expect was that the bird would stay with them even after his wing had healed.

Cracker, the galah cockatoo, was pretty shaken up by whatever had happened to him. He was also injured. He had broken wings, so Charlotte kept Cracker mainly in the cage. However, he was not alone now. He had his friend Milo who sat by the side of the cage to accompany him.

When Cracker got better, Charlotte would leave Cracker on top of the cage to be free, but the bird never went. Instead, both Milo and Cracker soon formed an incredible bond with each other. Cracker would come down off the cage, and Milo would sit beside Cracker and try to lick him. 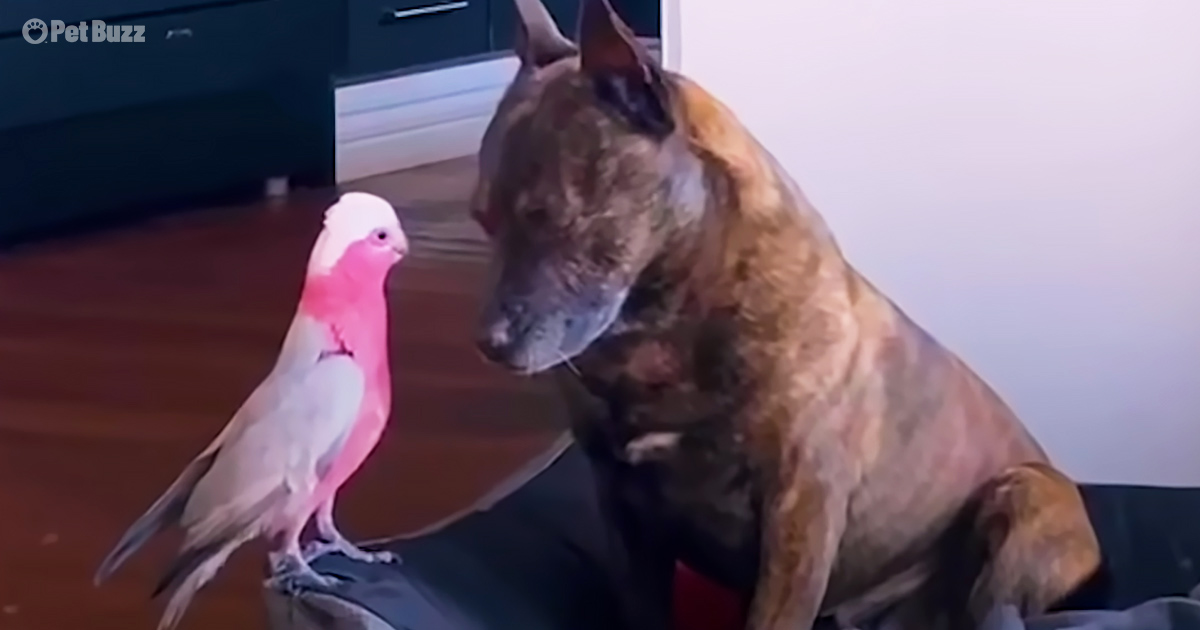 After a few days, when Cracker climbed down from his open cage, he was excited to see his friend Milo. Both Milo and Cracker started to play in the living room. Cracker constantly screams when he can’t find Milo beside his cage. They are just inseparable.

When they were together, Milo would cuddle with Cracker, which appeared like he was squashing him. Charlotte sometimes got concerned and thought of stopping Milo. However, Milo and Cracker are not worried at all.

Cracker loves teasing Milo. He loves to get in Milo’s personal space. For example, whenever Milo sits in his big bed, Cracker would come to him and sit close. This would annoy Milo, and he would move to the other bed made for him. Then, Cracker being the naughty bird, would follow him around and irritate him by doing the same thing again.

However, one morning, Cracker flew away and never returned. Milo was sad and would cry most of the time as he missed his friend. Cracker was his best companion. Charlotte was lucky enough to find her bird through an online post. Charlotte & Milo were delighted to see Cracker, as their family was complete again. 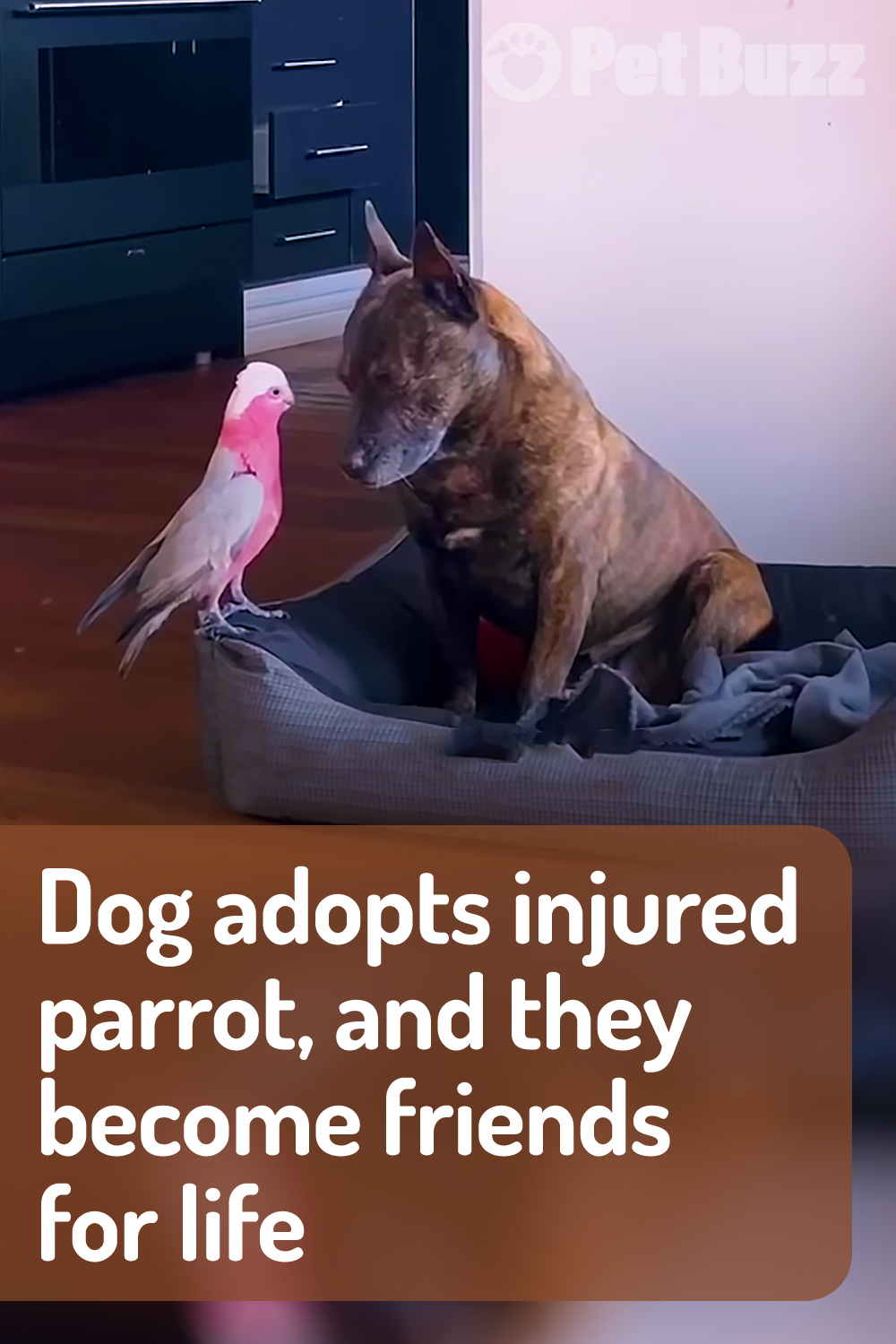