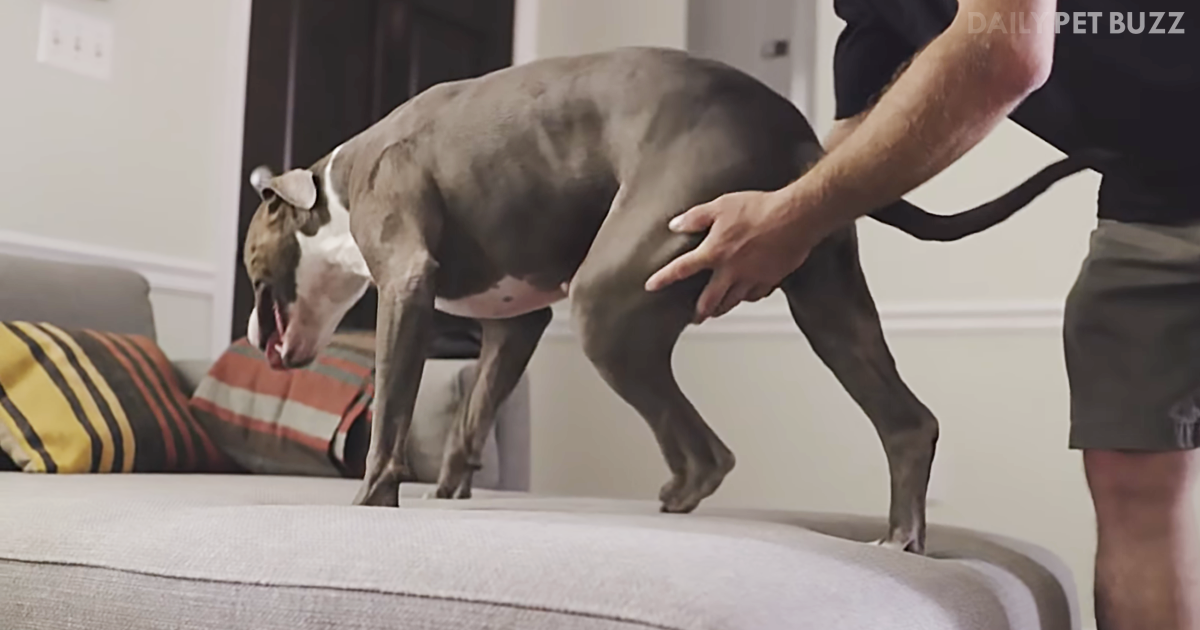 Hudson, a Pitbull, had someone do the most terrible thing I’ve ever heard of to a puppy. He was nailed to a New York train track. No, he was not attached to a chain that had been nailed to a railroad tie. Someone took his foot and nailed it to the track — a three-month-old puppy.

While he was rescued, he still lost his foot. For a while, he was having nightmares, whimpering while he slept. His new daddy, Richard Nash, didn’t know what to do. He wanted a happier dog. Finally, he came upon a possible solution.

The idea? Prosthetics. He did an internet search, and he found Derrick Campagna, an animal orthotist. Orthotist? What’s that mean? It means he’s one of the few people out there who make prosthetics solely for animals.

Campagna worked feverishly on this project. He wanted to get it just right. Several models were rejected. Finally, he made one of plastic, and it was a resounding success. Hudson was a brand new dog. The nightmares stopped.

Now Nash and Hudson go around to places like nursing homes, where the pit bull acts as a therapy dog. People love petting him, and he has absolutely no problems with jumping on a sofa and snuggling next to one of the residents. His joy is so evident, and he can only cheer people up.

Who knows what would have happened if he hadn’t gotten the prosthetic foot? Even though Nash was giving him a good home, there was just something missing. I have no desire to try to figure out the twisted mind that would think that doing something like that to a dog is OK. That psychopath has no place in this story except to be a brief note at the beginning.

Hudson is now getting the best revenge that he can: Living a good life with Nash and spreading good feelings all through the state. That is living a good life. This video gave me another glimpse into what life with a prosthetic would be like. Don’t miss this story in the video below. 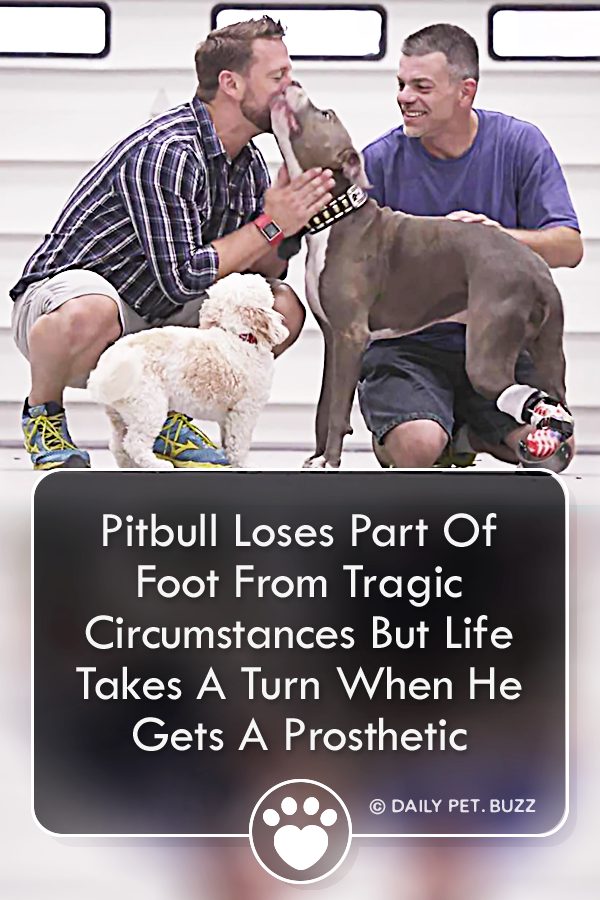