Four years earlier, circumstances in her life forced Sue Blagburn to sell one of her horses, a thoroughbred named Arthur. He went off to a new life of high class private equestrian competitions. Things eventually settled down in Blagburn’s life and she sold her old farm and purchased a new one. She made one more purchase when she saw that her old horse Arthur was on the market.

William and Harry, two of Arthur’s friends from “foalhood,” were in residence at Blagburn’s new farm. She suspected the horses might recognize each other, but she couldn’t be sure. It had been a long time and in the interim the horses had lived very different lives and had friendships with many other horses. Would William and Harry, the two New Forest ponies, really remember their old friend the elite thoroughbred — and vice versa?

When she brought Arthur to the field William and Harry were hanging out in, the spark of recognition was instant. The joyous horses ran toward each other and when they met up, there was a riot of lavish neck nuzzling and then the three horses took off on a wild frolic that ended in merry rolling around on the ground. “Well, they’re just being horses, but horses that love each other and remember each other.” As Arthur gave William more neck nuzzling, Blagburn explained, “William is quite bossy. He wouldn’t let any other horse do what Arthur is doing… Harry has just accepted it. This is how it always used to be… Well as I said before, I knew they would recognize each other but this is so much more deep than I thought possible.”

We’ve posted a video about this incredible equine reunion below. Have any interesting or emotional stories about animal reunions? Let’s hear all about them in the comments at Facebook. Like and share, too! 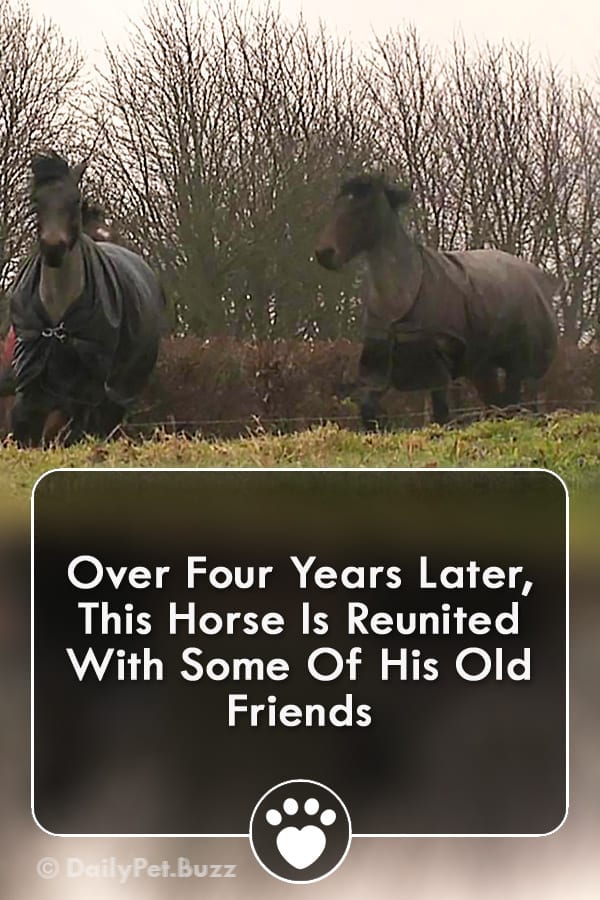