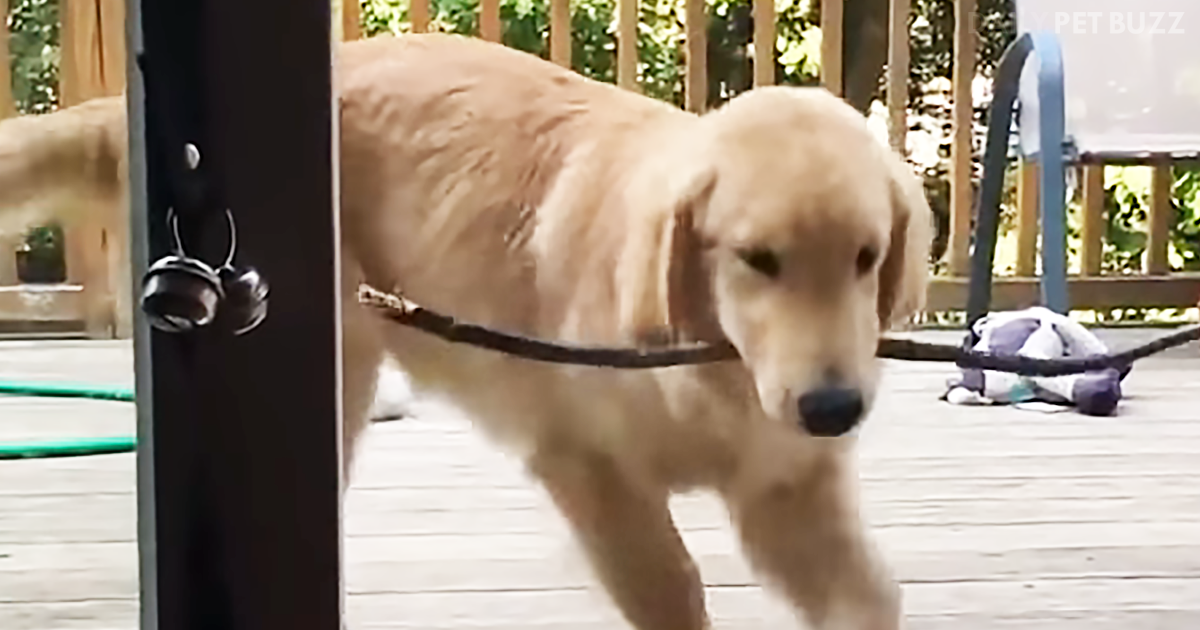 Puppies are hilarious; there’s no doubt about it. Whether they’re acting up during playtime, making a mess, or being overly affectionate, there’s very little that can stop us from smiling and laughing along with their behavior; they’re just too cute to be upset with. Even when they end up breaking the rules, we bend them in their favor because we love our furry friends so much.

This puppy knew he wasn’t supposed to be bringing nature into his family’s home, but that wasn’t going to stop him from making an attempt. When he found a stick that he just had to keep, there was only one place he knew he could keep it safe: the inside of his house, of course.

He likely would have brought his stick companion everywhere with him. Fetch? No way; he wouldn’t let anyone take his beloved stick from him. With intentions to keep his new toy forever, he moved toward the sliding door in the back of his house, ready to come inside after playtime.

Unfortunately for him, he would be stuck facing one tiny hiccup: the stick was far too long to fit inside the door. Time and time again, the poor puppy was met with a shield of sorts as both ends of the stick hit the house and refused to let him pass. You won’t believe how many times this dog tried to adjust his course of action and fit inside with the stick in his mouth.

It’s too bad he didn’t quite understand why his plan was failing him. To make matters more intense, watch what happens when he retreats and is greeted by another pooch. That looks like a tug-of-war match waiting to happen! You are going to find this clip below simply hilarious. 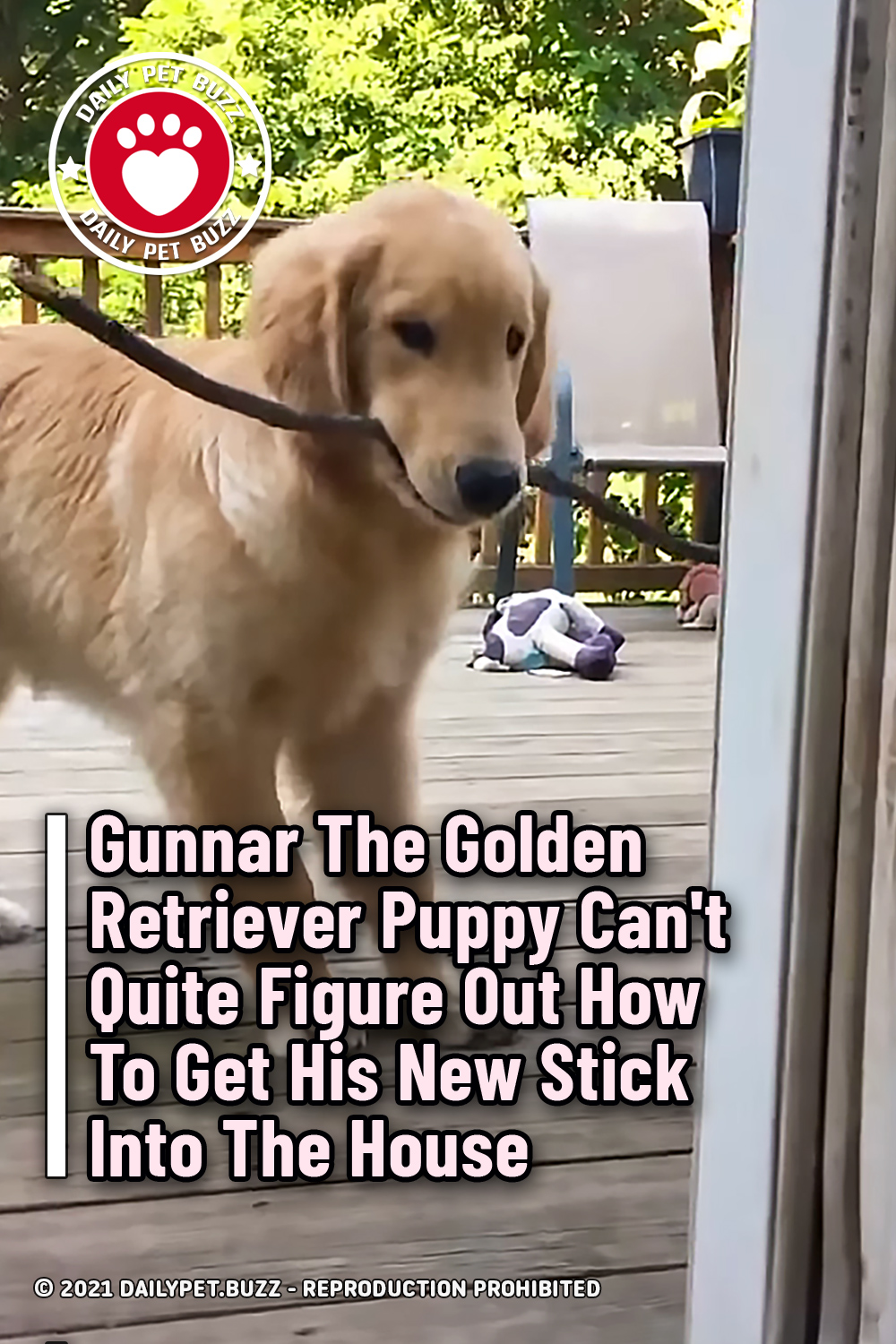