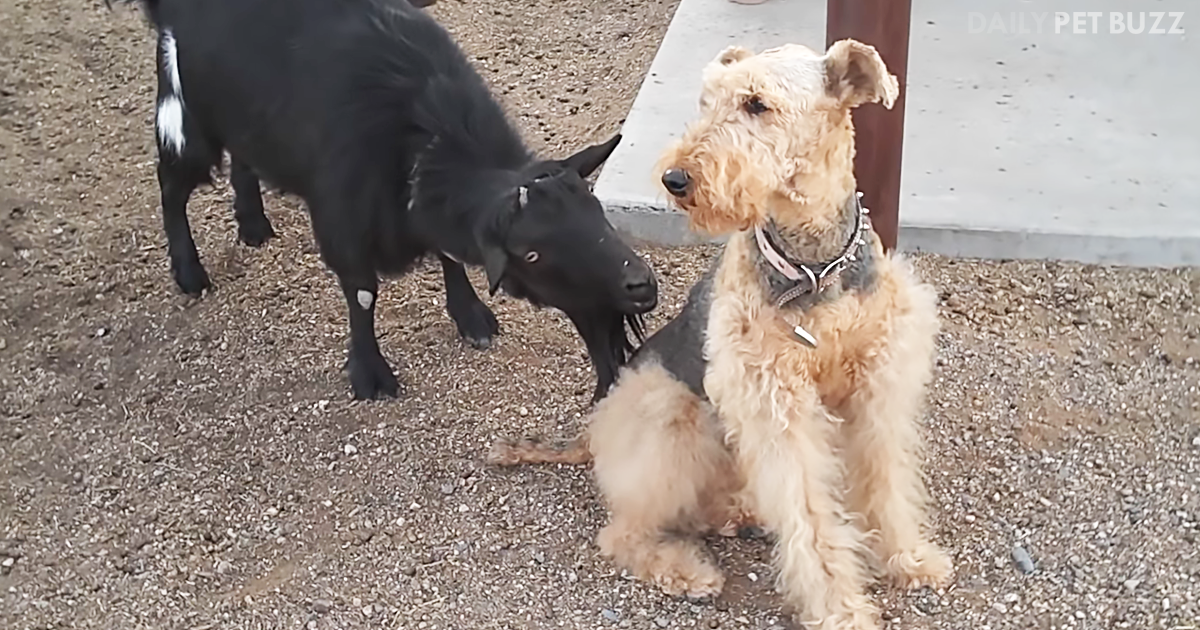 It’s funny seeing animals annoying other animals. They can be the same species – dogs being jerks to other dogs, cats being jerks to other felines, birds annoying everyone on the planet. The list goes on. Though I don’t think I’ve seen anything like this video, with one completely different species pulling a Pepe Le Pew on another one. There’s not even a stripe of white paint here to confuse the silly one in this video.

We see an Airedale Terrier sitting at what could either be a farm or a zoo. There’s a goat nearby, and he keeps running up behind the Airedale and licking his back while making a bleating sound. Some people think that the goat is trying to mate with the dog. In that case, I think that someone needs to take the goat to a vet to get his eyes examined since he has trouble telling the difference between a dog and a goat. Then again, goats are not known for being Mensa candidates.

This Airedale has the most iron self-control I’ve ever seen. Maybe this goat does it to him regularly, and he just tunes it out. Still, at one point, I would have expected him to suddenly turn around and face the goat like, ‘What gives, bro? Enough!’ Instead, he endures both the licking and the bleating with a stoic expression.

I’m also surprised that whoever was filming this didn’t drop the camera laughing. What really makes the video funny is when the goat stands there for a few seconds with his tongue sticking out. ‘Man. Your hair is REALLY wiry. It’s going to take a LONG time to try to clean this. Well – no one ever accused a goat of giving up too soon. TIME TO LICK AGAIN!’

Also, I’m surprised that the Airedale didn’t just get up and try to move to another spot. Then again, knowing this goat, he would have just followed. Goats are funny creatures. I’ve had some cool experiences with them at petting zoos. Watch this hilarious goat and his stoic Airedale friend in the video below. 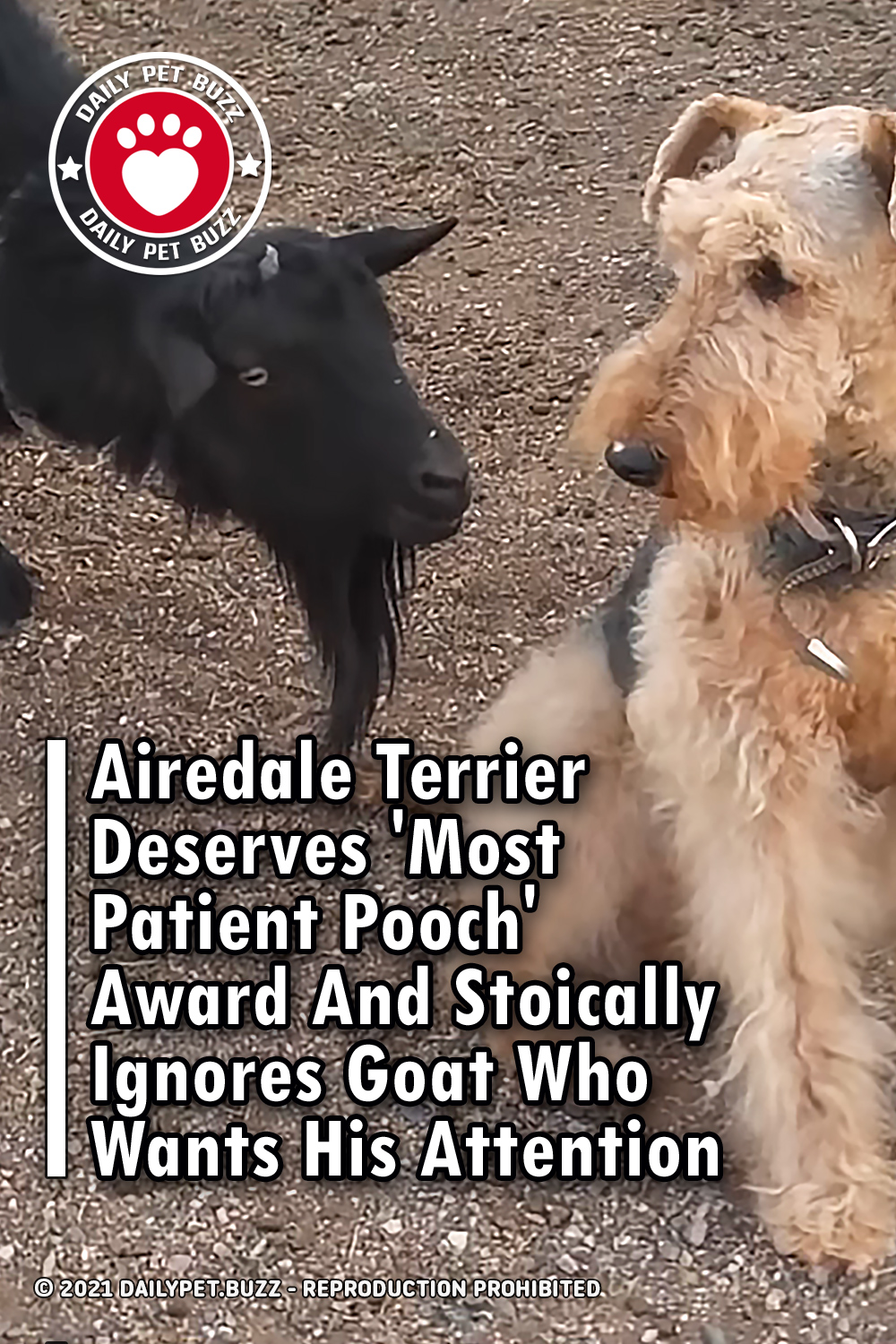