Bengal cats are a hybrid created by crossing small Asian Leopard Cats with domestic cats. They are large-boned and short-haired and are distinguishable by the distinct striping/spotting of their coats. Boomer, the Bengal, has a few other things that set him apart from the average house cat.

Boomer is no stranger to notoriety, as his brother is the famous skateboarding cat Didga! Boomer is gaining fame by performing a series of astounding tricks with his friend Mischa, the yellow lab.

Boomer likes to get a running start and then launches himself onto Mischa’s back. From there, he takes a giant leap high into the air! It is not surprising since Bengals are highly active and obsessed with high places, but it is fascinating to see how much air he gets.

Behind every astonishing pet, there is usually a human, and in this case, it is Robert Dollwet. He caught a few of these moments on film and shared this dramatic slow-motion video! Boomer’s jumping ability is on full display now. He also captured some more footage of Boomer strolling and leaping along down the beach. 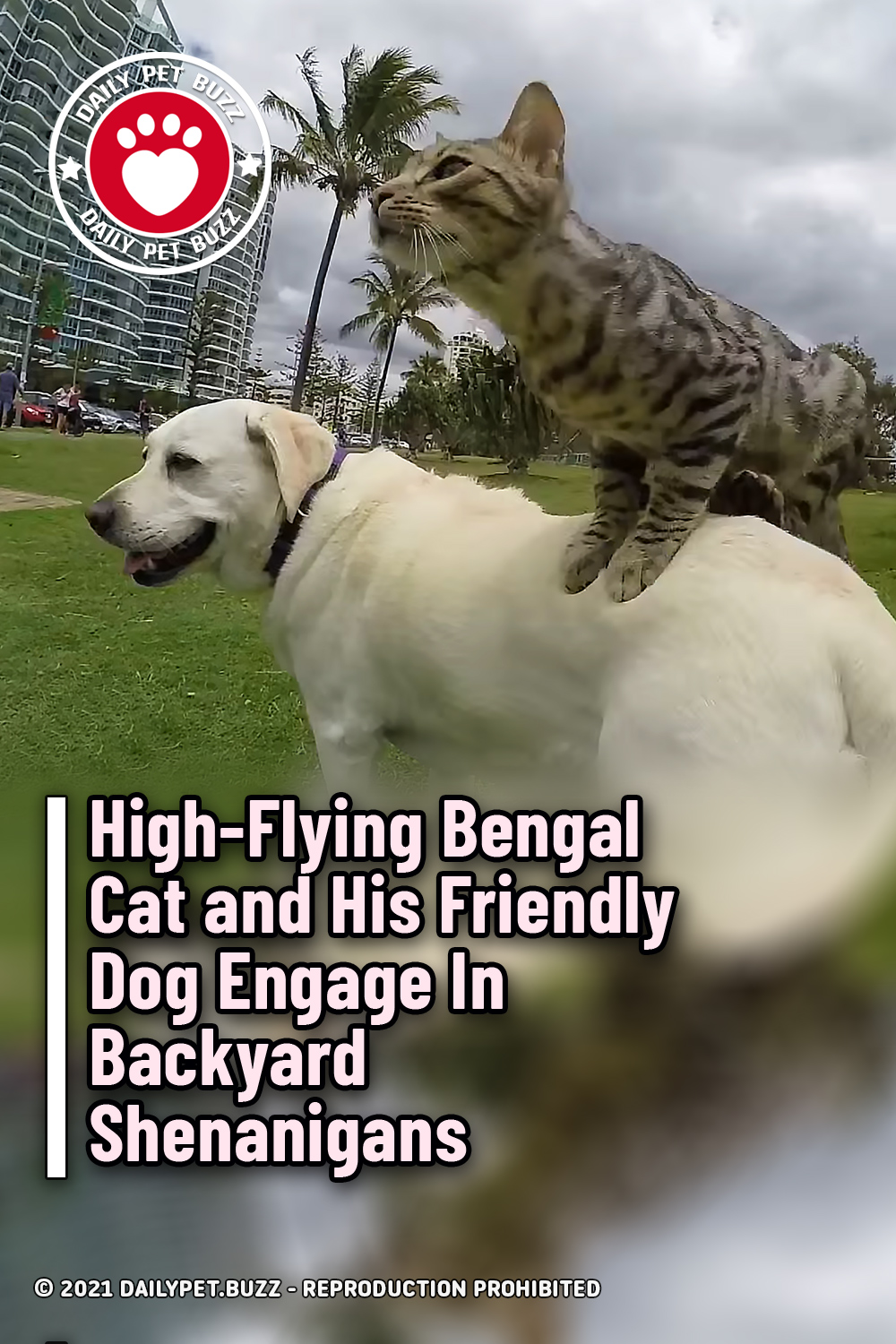