When you picture a horse in action, images of trotting, galloping, and cantering come to mind. You might also imagine a horse jumping over obstacles at an equine sports event or a racehorse coming down the stretch and winning by a nose. But what about rolling? Do these large, majestic animals really stoop to rolling around on the ground? You bet they do!

Occasionally, rolling around on the ground is a sign that something is wrong — someone who knows their way around horses can tell. More often, everything is fine. In fact, rolling is perfectly normal behavior. Sometimes it’s a way to relieve irritation caused by sweat or a saddle; this has been compared to a person scratching their foot or leg after taking off a snug sock. It may also be a way for a horse to relax tightened muscles or simply scratch an itch. It’s possible that out in nature, where grooming doesn’t count for anything, horses like to get a layer of dirt on them to protect themselves from sun exposure and insects. Rolling is also a way to get excess hair off during shedding season.

One amusing aspect of rolling is that it’s contagious! When other horses see it, they’ll start doing it, too. Perhaps they see it and think something like, “Oh, hey, that looks like fun, I’ll try it!” or “I’d been meaning to do that myself, thanks for the reminder!”

But as you’ll see in the video posted below, horse rolling can be so powerfully contagious that it crosses species lines. Just imagine looking out the window and seeing a horse, a man, and a dog happily rolling around on their backs, kicking their legs in the air. That’s the spectacle that greeted whoever made this video.

Did this wonderful example of animal friendship crack you up? Let’s hear from you in the comments at Facebook and don’t forget to like and share! 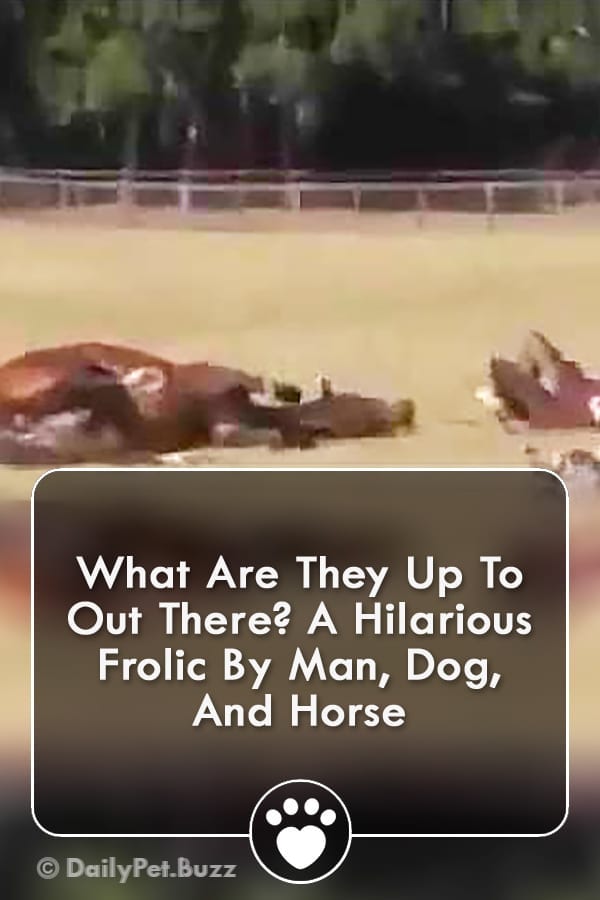