Imagine if a lion encountered a dachshund. It might say to itself, “Hey, a hot dog for lunch!” Fortunately, Bonedigger isn’t an ordinary lion. He and a group of four dachshunds were all just babies when they were introduced to each other. They’re among the hundreds of animals living at the G. W. Exotic Animals Park in Wynnewood, Oklahoma.

Ever since, Bonedigger the lion has gotten along beautifully with the dachshunds and never tried to turn them into lunch. It’s almost like he’s put himself in the role of mother dachshund. Of course, that’s not to say he’s in charge. Like other small breeds, dachshunds are experts at making up for their small size by having a huge attitude. According to their caretaker, “Believe it or not, the weenie dogs actually overpower him.”

The lion and his dachshund friends hate being apart. “You know, we’ve actually split them up. When I go in to weed-eat the cage, the weenie dogs attack the head of the weed-eater, so I have to kick the weenie dogs out of the cage and Bonedigger just paces and cries up and down the fence.

And as soon as I’m done weed-eating, I let the weenie dogs back in and he counts his weenie dogs, makes sure they’re all there and just loves all over them. He loves on them, they usually lick his mouth and lay on him and roll over. It’s a pretty cool reunion. Act like they’ve been gone forever and, you know, it’s only been five or ten minutes. And every time we do that, it happens.”

Check out the video posted below to see this least likely of animal families. As their caretaker says, “He is a wild animal but he can be tame. The weenie dog is a tame animal but it can be wild. There’s a little bit of each animal in each one of them.”

What do you make of this highly unusual feline-canine friendship? Let us know what you think in the Facebook comments and be sure to like and share! 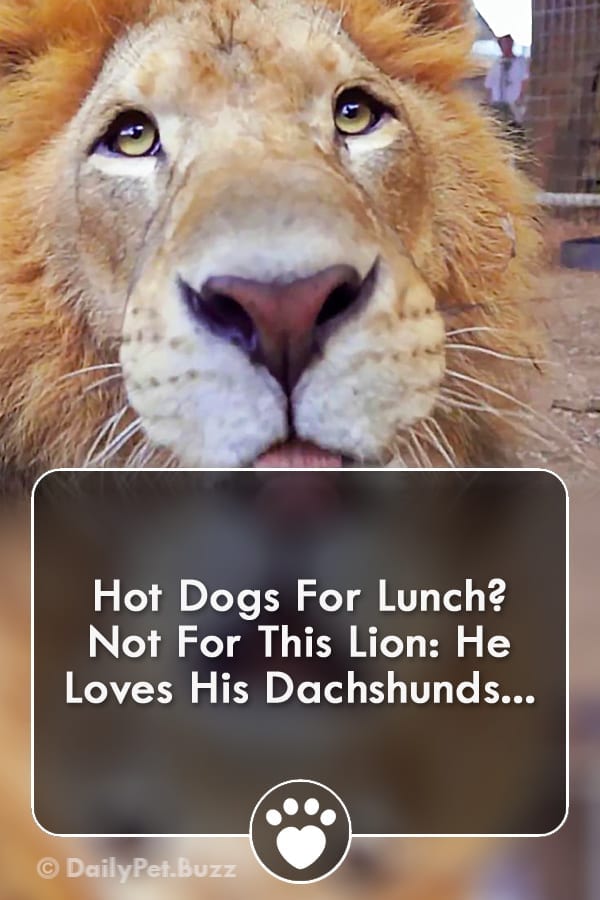