We’ve probably all wondered what our pets are actually thinking about. We don’t really know, although behavior may provide some clues. It’s a good bet food is frequently on our furry friends’ minds.

One man decided to make a video of his interactions with his dog. But to liven things up, he dubbed it with his own voice and his interpretation of what his dog would say if he could. We’ve posted the video above and we think you’ll agree he did a really good job. The handsome dog would be a delight to watch anyway, but with his perfectly timed “voice,” he’s absolutely hilarious.

The video’s premise is how his dog would react to being told that various tasty, meaty food items had been taken out of the refrigerator and were now all gone. I don’t know about you, but in the dog’s place, I’d certainly throw a little tantrum. “So I went to the fridge and I opened up the meat drawer. You know what the meat drawer is, right ? You know that bacon that’s like maple? I took that out and I thought, ‘I know who would like that. Me !’ So I ate it!” The poor dog doesn’t take this news well. “You know, I also noticed there was some beef in there. Yeah. You know, steak, you know, juicy. Well, I ate that, too.” That terrible information only increases the poor dog’s anguish. But the worst was yet to come. “But I went back to the fridge just a few minutes ago and I put something together really special. You’re going to love this one. I took some chicken, put some cheese on it, and covered it with cat treats. Then guess what? I gave it to the cat!”

We haven’t even tried to describe the dog’s imagined verbal reactions to all this. So check out the video and let us know how hard you laughed in the comments at Facebook. Be sure to like and share: your friends can always use a laugh! 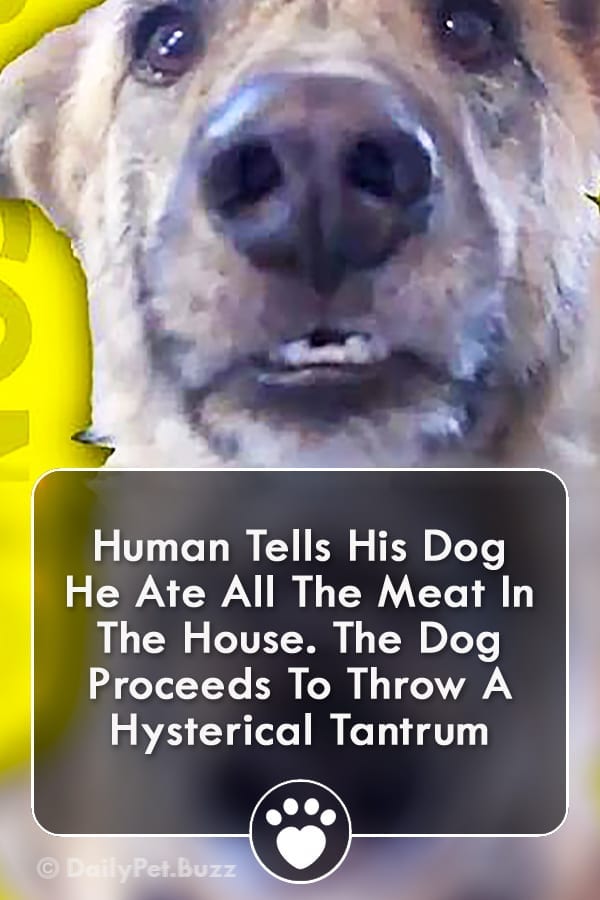