Huskies fascinate me. They are quite vocal creatures, and they are loving and loyal dogs. Sometimes it seems like they can talk like humans, making what seem like fully-formed words. Of course, the question is if they really understand what they are saying. If we ever decode dog barks, I’m sure the answer would be, ‘Of course we do! How do you think we tricked you into bringing us into your homes!’ Take a look at this dog and decide for yourself.

We’ve seen Mishka a couple of other times ” she has an insanely popular YouTube channel that rivals Maru and some other animals. Watching her in action, it’s not difficult to understand why people keep coming back. This time the Husky and her sister, Laika, are hanging around the house and her dad asks if she wants waffles. She clearly says she does and that she wants them now. On top of that, she says that she loves him.

Of course, the most important question here is ” is Mishka’s daddy going to be making these waffles from scratch or will he just be heating up some pre-made store brand? I mean, the ones that you can zap in a microwave can be good in a pinch if you’re in a hurry, but there’s just something SO satisfying about doing the whole stirring of the batter, pouring it into the waffle iron, waiting for a few minutes and then chowing down.

Watching this video made me hungry. I think I’m going to go have some waffles. Yes, it is nighttime for me as I write this. That doesn’t matter. Waffles are a meal for whatever time of the day or night. You think someone hasn’t strolled into an all-night diner at 3am and ordered waffles? This dog is on the right track and I aim to stay on it. Ahh… Now I just need to see if I have enough syrup –

What is the strangest food your dog wanted? A relative of mine had a basset hound that wanted toast with butter. We want to hear your stories in the comments! 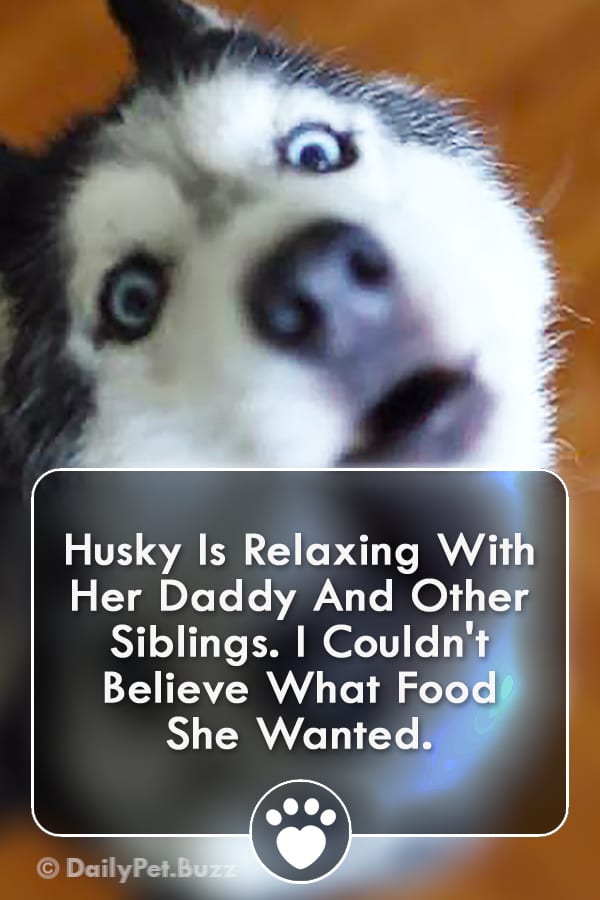