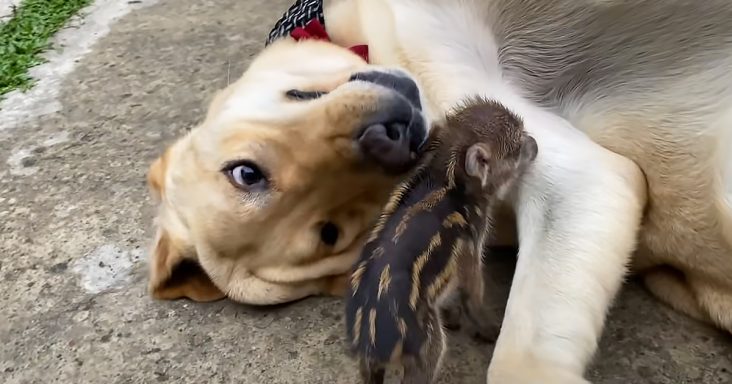 Dora Ngai lives in Sri Lanka with many dogs and one boar who acts just like a puppy. One day her gardener showed up with a box, and inside was Yehzu, the boar.

Yehzu weighed two pounds, and she was only a couple of hours old. They searched for her mother everywhere, but it appeared that she was abandoned.

In Sri Lanka, there are no wildlife rescues for boars, so Dora contacted her vet friend, and she started to raise Yehzu. After only a few hours, Yehzu began to bond with a Labrador named Biu Biu.

Yehzu was throwing herself into Biu Biu’s mouth. It was an adorable and fascinating interaction. Since then, Biu Biu showed her how to eat, swim, and play. Basically, Yehzu learned how to be a dog.

Their bond was instantaneous, and Biu Biu became a dad to Yehzu. When she was small, Biu Biu would use her as a pillow. Then she grew quickly and ended up using him as a pillow.

A year passed, and from 2 pounds, Yehzu became 62 pounds. Biu Biu enjoyed being a dad, and they are inseparable. Yehzu is part of the family, but she also has her own boar condo.

Wild boars are seen as pests in Sri Lanka, and they are constantly hunted, so it wouldn’t be safe to let her out. Dora was grateful that Biu Biu was there to help raise Yehzu every step of the way. 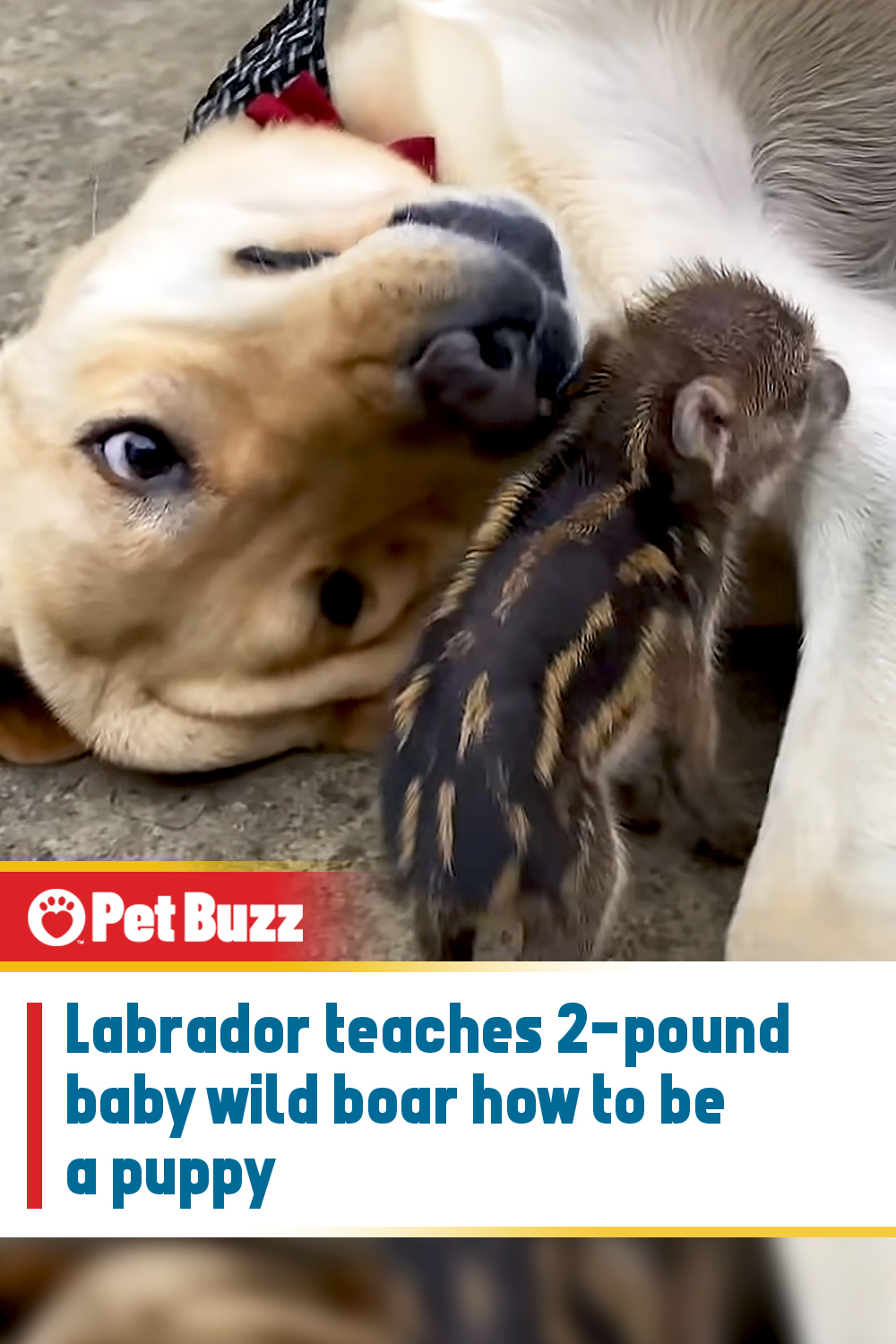