It had been a very rough year for a woman named Chantelle. Her mom was suffering from PTSD after escaping from a house fire through a window, her father passed away, and her husband had lost his job. And the last straw came one day when she was in the parking lot of a 7-Eleven store and accidentally locked her precious dog in the car. She was so distracted by everything else that was going on in her life that she accidentally left her keys in her car.

Chantelle wanted to get a coffee quickly, so she decided to stop at the convenience store. Since she had brought her dog along, she decided to leave him inside the car with the engine running, so that the pup wouldn’t suffocate or be bothered by the heat. But when she returned to her car after getting her coffee, she realized her horrible mistake. She had locked the car with the keys in the ignition when she went in to get coffee.

She had left her dog, Cola, locked inside the car. Desperate to help her dog, she asked bystanders and pedestrians to help her break her window, for she could not do it herself, but they refused to break it. They must have seen her dog inside, but still they wouldn’t help her break the window. She even tried to get a locksmith to open her door, but since she didn’t have enough cash left, she couldn’t. Everything seemed lost, until one fateful by-passer came to her help. You will see in the video how one person’s kindness brought Chantelle such relief.

Watch Chantelle’s thrilling full story in the video we put above. 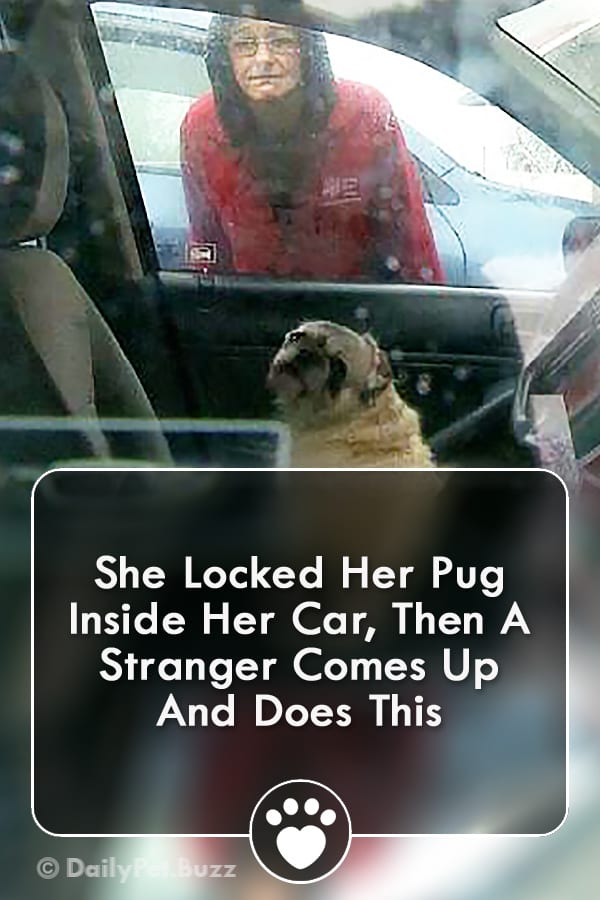