Animal rescues are nice to watch and even better to do. I’ve seen all types of rescue, but it is those which take place in cold and extreme environments are the more dramatic ones. I once saw a rescue of a sleigh dog. It took place in the Arctic. The dog was resting with his group after a long pull through the treacherous terrain that afternoon.

The sleigh rider had gone to the town to get some supplies. He also wanted to get the dogs something to eat. He went to the store and decided to leave his dogs close to a group of trees that were in the area. The dogs were very tired and could really use some time to rest. Once he had gone inside of the store, a few of the dogs started to snoop around. I guess dogs will be dogs, and their nose got the best of them.

Suddenly, one of the dogs headed for a path that took him to a frozen pond. Before you could say, ‘ice cream,’ the dog’s weight cracked the thin ice and he went underwater very fast. He panicked as he paddled furiously to try to get back to the surface. The frozen waters started to take his breath away and he started to get more tired each second.

His owner had just finished with his shopping and realized that one of his dogs was missing. He went looking for him and found him in the nick of time. He got a rope which he attached to the dog and started pulling him. With the man’s help, the dog could finally get his front paws out of the freezing waters. A few seconds later, the dog had been saved.

I’ve seen people save all sorts of animals, but the little critter in the next video stole my heart. I know firsthand of the dangers of placing your hands on a frozen steel pipe (not fun at all). It all happened when on a very cold and snowy day, a man happened to go out of his home to enjoy the scenery.

When he went to where he had some steel tubing going through, he saw a little bird that had landed on one of the pipes. Not realizing the danger, the bird had thought he would just take a break there and be heading home shortly after. His tiny feet got stuck on the ice! I would think that maybe warm water would do the trick, but it would be more dangerous. Then, the man comes up with the best plan ever to set him free from his icy trap. Check it out! 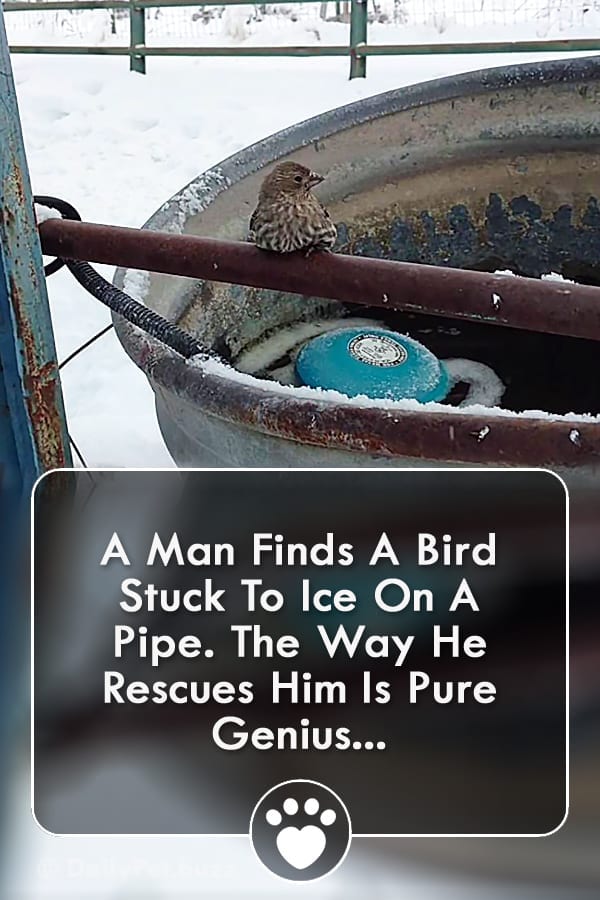