“Alright who let the dog out?” That’s what one doggy parent was asking herself when a little Maltese puppy named Sophie kept escaping from her cage. Time and again, she’d put the puppy in the cage and then, just minutes later, she’d see Sophie running all over the house, frolicking with her friend Twitch. They’re quite a dynamic duo, and a funny one, too: Twitch is a great big German Shepherd. They may be the canine version of a classic fat man / thin man comedy team like Laurel and Hardy.

To get to the bottom of this mystery, the woman set up a camera and aimed it squarely at Sophie’s cage. Then she placed the little Maltese inside, securely latched it shut, and covered the cage with a towel. Oddly enough, Twitch was hanging around while she did this and didn’t follow mom when she left the room. He went over to the cage and for a few seconds, kept looking in the direction mom had gone. Once the coast was clear, the enterprising German Shepherd started pawing at the towel, quickly removing it completely. Then he head butted the latch a bit before using a paw to spring it. The door flew open and Sophie pranced out triumphantly. Then the two of them went off to play. Mystery solved.

It really wasn’t all that surprising. German Shepherds are highly intelligent dogs, ranking third on the list behind only the famously smart border collie and the surprisingly brainy poodle. German Shepherds are also very curious and eager to serve a useful purpose. They’re also very good at taking orders, so depending on what instructions he’s been given, it’s possible that Twitch will no longer be freeing Sophie. 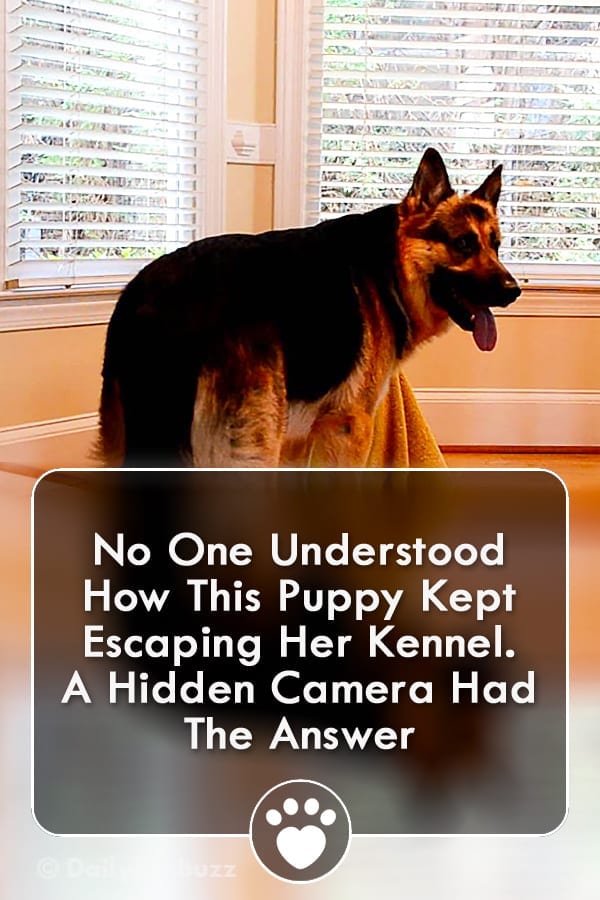