I cannot stand seeing dogs being chained up. This isn’t about people who may leave their pooch outside a store tied to a tree while they run in and out to get something. I’m talking about having them in a yard of sorts with a chain around their neck. This restriction on their movements can make them more hostile and irrational over the course of time. Wouldn’t you get angry if you weren’t allowed to move more than 5 feet in any direction? Thought so. This video shows how PETA helped one dog.

The video is shot in West Virginia. PETA has discovered that a dog named Yo-Yo is in a yard with an incredibly short chain. To make matters worse, he practically had no food and he was left out in the elements without any sort of roof over his head. PETA couldn’t abide that and they brought him into their shelter. Fortunately, they didn’t need to train him to trust people ” he was a sweetheart even when he was still chained up. It was just a matter of making him presentable for adoption.

When I said before that he practically had no food, I meant it. When PETA gave him real food to eat, he gobbled it up so fast that they probably had to monitor him to make sure he wouldn’t choke while eating. He gained weight at a pretty fast clip, so his health also improved tremendously. After a little bit, he didn’t look like the same dog that they had brought in. He got into a forever home and his daddy adores him more than words can express.

This must have all felt like a roller coaster ride for Yo-Yo. He had been in a yard, unable to move very much and was starving. Now he could roam wherever he wanted and his belly was always full. This time, though, the roller coaster is going to stay in the up position for him. He’s got a permanent home with parents that treat him right. There’s going to be no sudden descent for him again.

Doesn’t Yo-Yo look like a sweetie? I thought he did. Don’t you? Let us know your thoughts in the comments section. Also, please ‘Like’ us on Pinterest. 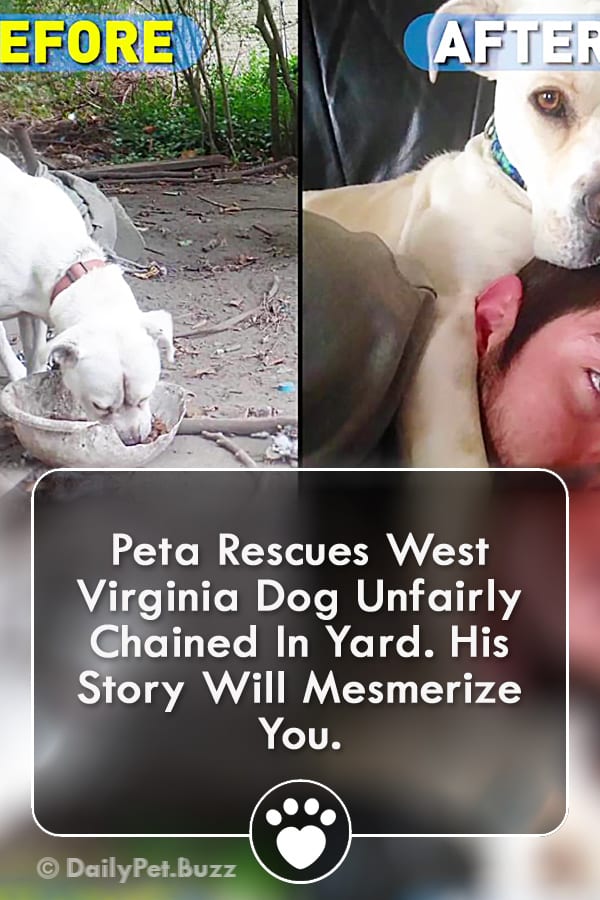