When it comes to animals not much surprises us anymore. It is no secret that people love animals. We adore them and can’t get enough of them. We go out of our way to learn as much as we can about them and just love to watch animal videos. In fact we love animal videos so much that that is how we were able to find this amazing video above.

In South Africa there is a horse farm called Saratoga Stud. The owner of this farm is named Jenni and she is very passionate about horses. In November of 2014 a very special event happened for Jenni, her favorite and beloved horse Daisy gave birth to her very first foal.

Daisy gave birth while Jenni and her coworker guy watched her from the stables that night. It was a long, hard night for Daisy but she was rewarded with a beautiful colt named Don Quixote. That wasn’t all though. Jenni and Guy noticed something about Don Quixote, he was quite small for his age, that was when they realized that Daisy was still laboring.

Daisy was pregnant with twins! It is extremely rare for horses to give birth to twins, and for them both to survive the birth. Daisy and her two babies not just survived but thrived after the birth and are all healthy and happy now. Jenni says that Don Quixote and his sister Duet are doing well and will remain on the farm.

Daisy and her babies will be there with Jenni for the duration of their lives. Wow! What a happy story!

Watch this fascinating video of Daisy and Jenni and let us know what you thought of it. Please feel free to share this video on your social media. 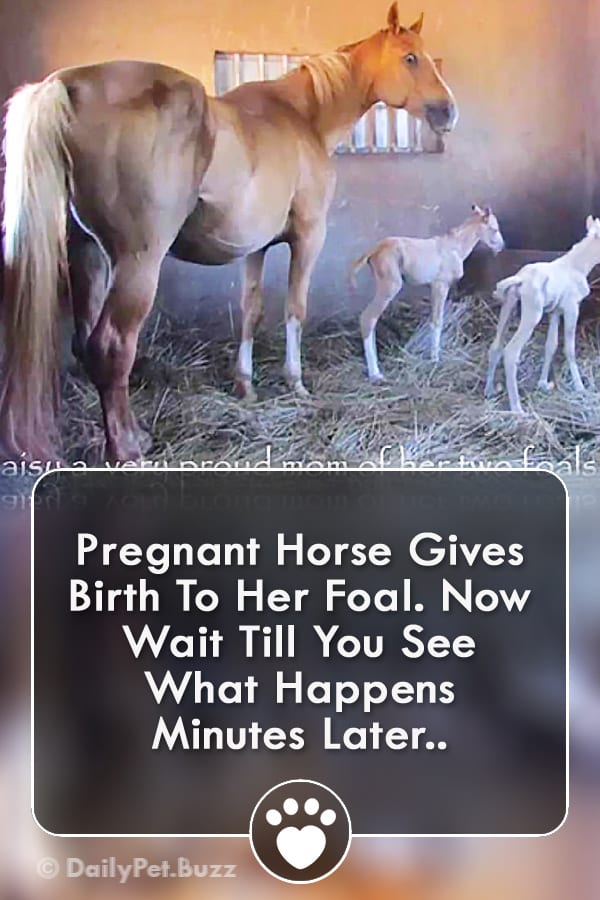