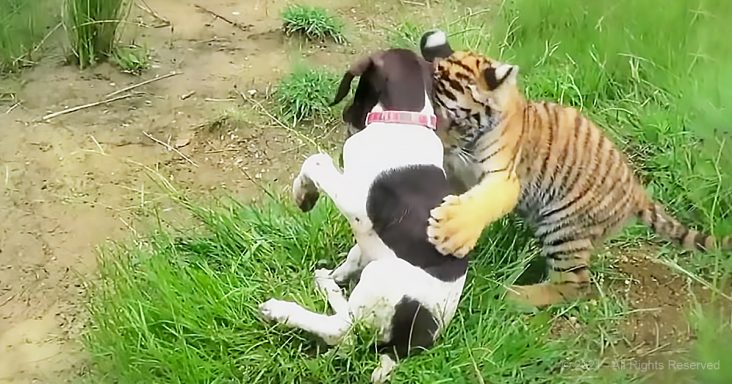 This tiger cub was rejected by his mother, but he found an unlikely friend to help him develop important life skills: a german pointer puppy.

The importance of litter dynamics in cats and dogs can’t be overstated. It’s incredibly important to the social well-being of these animals (and those like them) that they have some sort of social interaction with others.

That’s why the rescuers at the Farm Inn Wildlife Sanctuary in Pretoria, South Africa were worried about Hunter. This Bengal tiger cub was the only member of his litter. At three days old, his mother rejected him – probably because she felt compromised in captivity.

They knew they could raise the tiger cub, but with no brothers and sisters, he’d still be missing some important life lessons. That’s when Hunter met Chelsea the German Pointer Puppy.

Chelsea’s human is one of the volunteers at the sanctuary. She often brings Chelsea on walks to see the animals. When they met Hunter, they were instant friends. Now, Chelsea and Hunter play together, learn about stalking and hunting, and nurture each other in unexpected ways.

Though they will grow to be vastly different sizes before long, they are the best of friends right now. Hunter is extremely gentle with Chelsea, and Chelsea incorporates some of her hunting dog instincts into her play with the tiger cub. Though these two are unlikely friends, they are now inseparable. 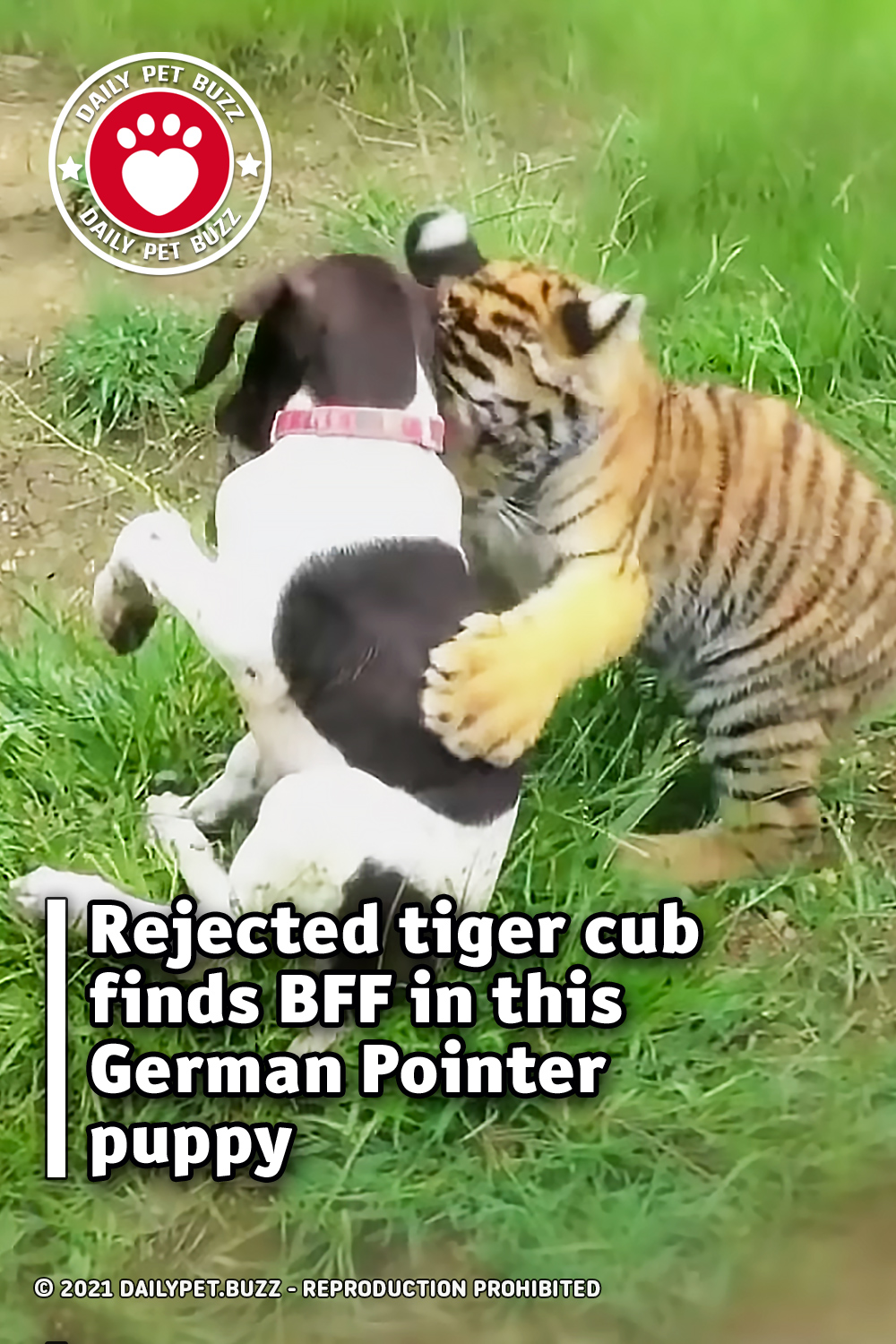