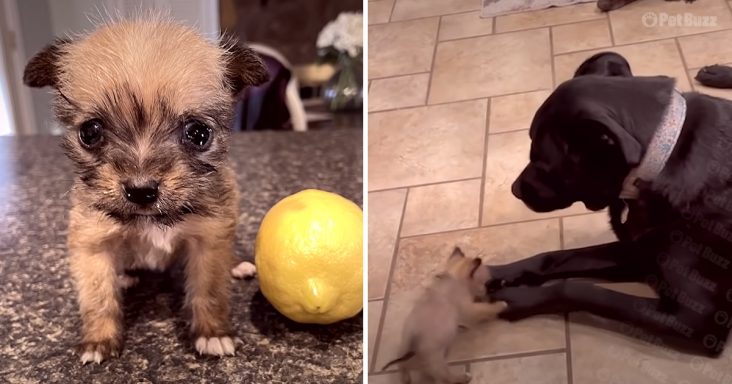 Lemon is a 10-ounce pup with a big personality. Erin, Lemon’s foster mother, loves to talk about when Lemon was small enough to walk into the palm of her hand.

It was like riding a tiny elevator. Lemon would walk over to Erin’s foot to let her know she wanted to be carried, and she was almost as small as an actual lemon.

When Lemon was first rescued, she was frail and malnourished. Erin said she had a fighting spirit that helped her survive. Eventually, Lemon was full of energy and playing with big dogs.

According to Erin, Lemon is tiny but mighty. She loves to watch how her 75-pound Boxer interacts with Lemon. Her Boxer is so terrified of Lemon, and their relationship is like a mouse and an elephant.

Clearly, Lemon doesn’t know how small she is. Erin’s three dogs were sweet and gentle with Lemon. Once Lemon was big and healthy enough, Erin knew it was time for her to be adopted.

Lemon was adopted by a wonderful person named Amy. Erin was not sad that Lemon was taken in by a new family, and it was great that Lemon received all the love and attention she deserved.

Even in a new family, Lemon is still the same dog with the same personality. Erin couldn’t be happier that Lemon adjusted to life with Amy very quickly and easily. 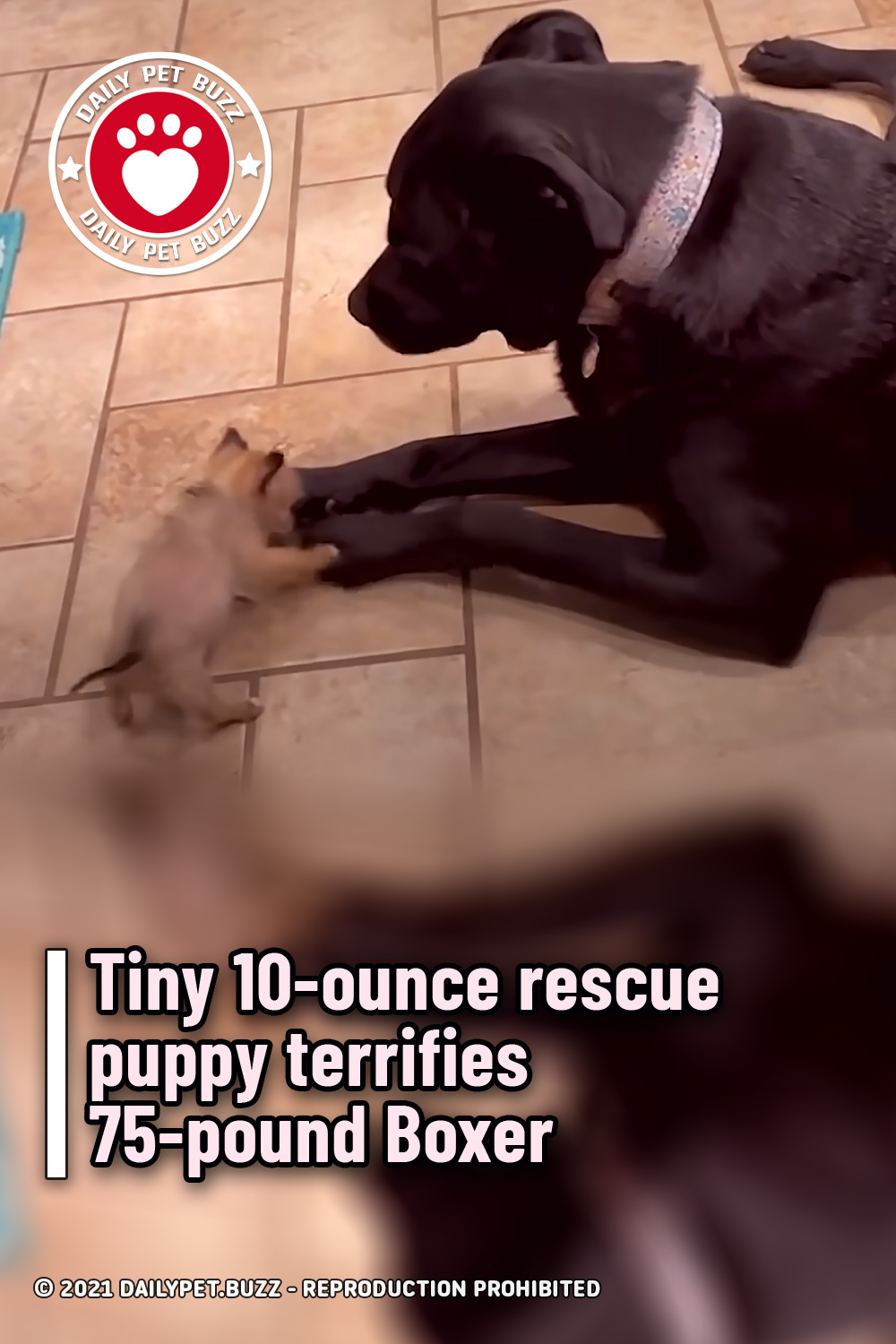