Being an animal rescue worker is a tough job. You never know the conditions that you will find yourself in. There could be a lot of wide open spaces or there could be a lot of nooks and crannies that you have to squeeze yourself into to try to bring in a tiny creature. Then there are also times that you could find yourself discovering a surprise when you get back to the shelter. Like what happened to the people in this video.

We see the rescue workers from Hope For Paws go to a steel yard in Compton, California. They found three puppies roaming around the area. At first, they focused on gaining the trust of the puppies while trying to locate the mommy. An adult dog came out and they captured that first. Then they got two of the puppies before having to expend more energy chasing the third. All the dogs were taken to a shelter.

The rescuers discovered the ‘mom’ was actually a ‘dad’ who had been taking care of the puppies. No one knew where the mommy was, but chances are probably good that she passed away somewhere. Good for the dad for stepping up. It seems like a lot of these stray dogs and cats are in a ‘single mommy’ situation and for once it seemed like the stereotype had been shattered.

There are those who wonder how the people at the site didn’t realize that the dog that they captured was the dad and not the mom. I think their primary goal was to just GET the dogs and they really didn’t have time to examine the dog’s ‘equipment’ since they were basically just grabbing and then putting them in a cage to take back to the shelter. That’s the only logical explanation that I can come up with.

What an amazing chase. I hope that those dogs all got adopted, don’t you? What did you think of the gender mix-up at first? Tell us in the comments section below! 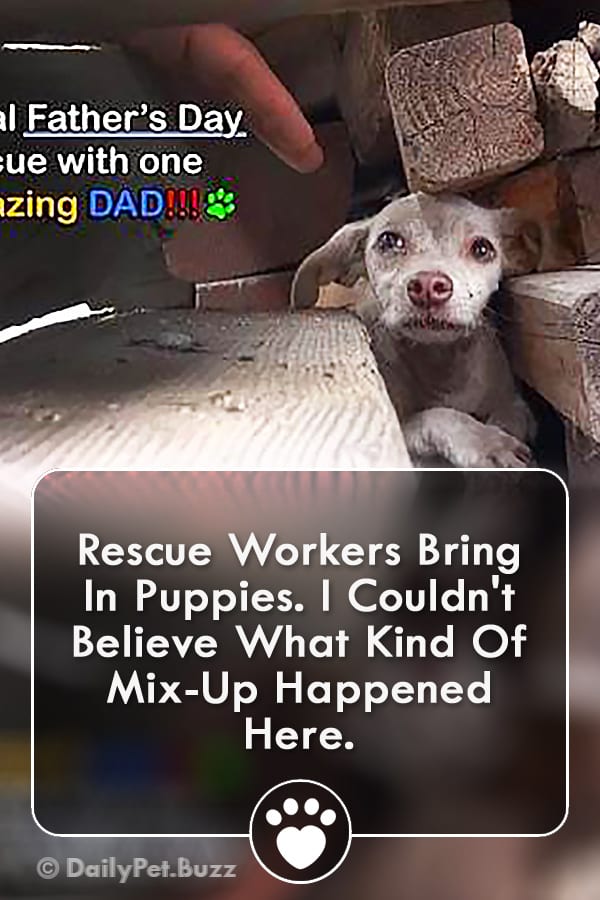