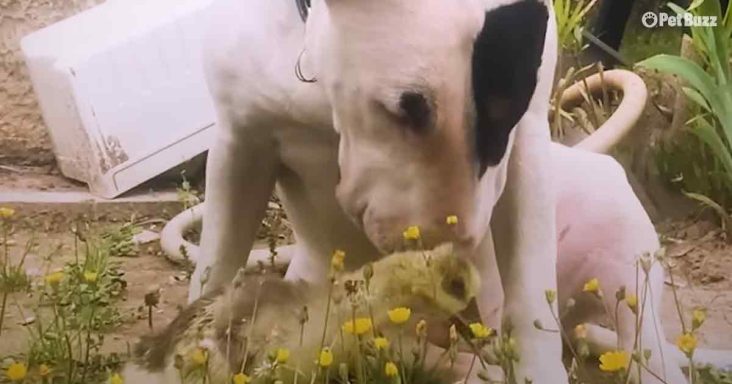 Nino, the Bull Terrier, has taken care of two birds who love to stand on top of his back. The first bird was a gosling named Rillette, and the next was a chicken, Georgette. 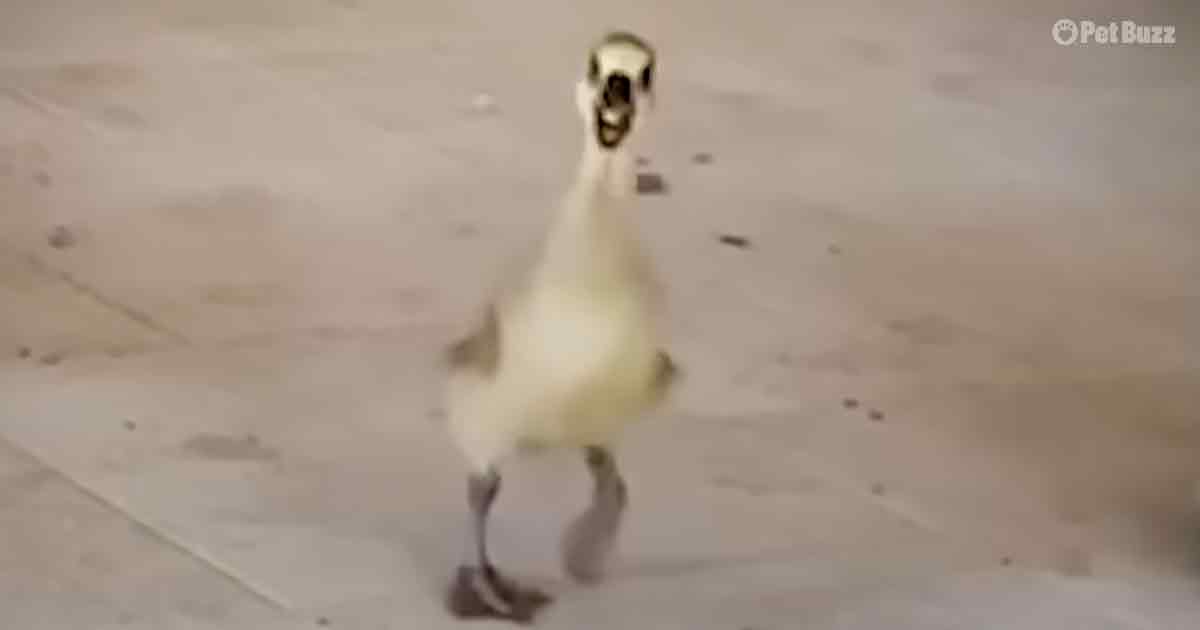 Rillette was rescued from a goose farm when she was 2 weeks old. She was crying all the time, and they didn’t expect any bond between her and Nino.

After she met Nino, she followed him around everywhere. Nino took the role of big brother and felt responsible for her safety. He watched her every step and was always beside her, even when Rillette was in her box. 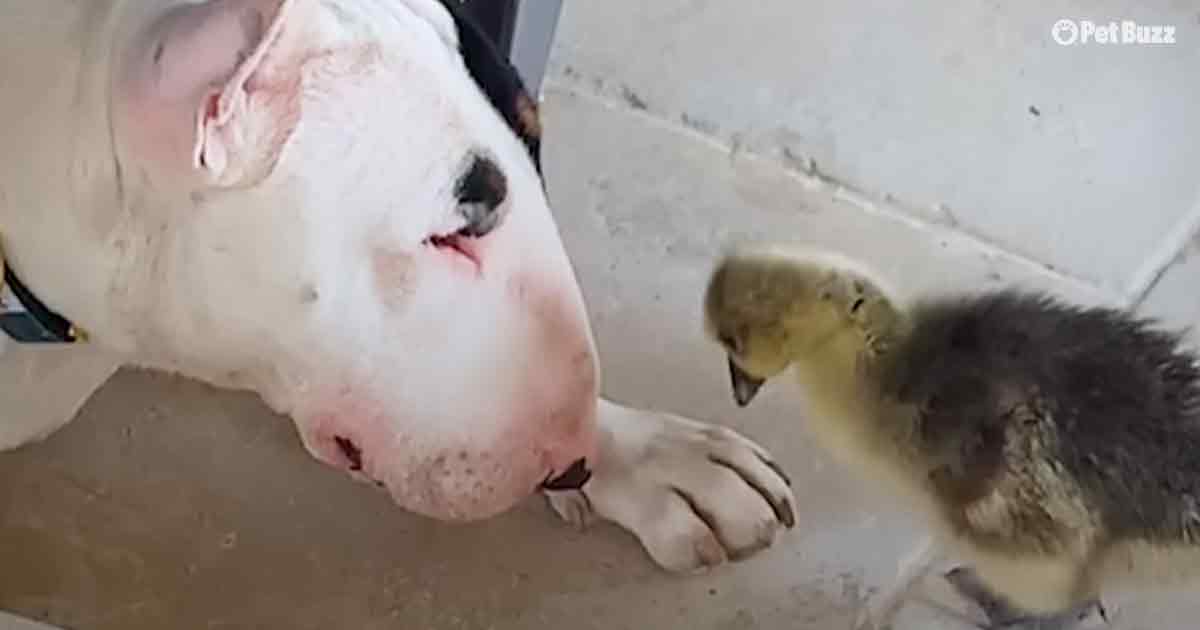 Two years later, Nino and Rillette still can’t get enough of each other. Every morning Nino wakes his family up to let him out so he can see Rillette.

They chase each other around the garden and take short breaks in between. A few months ago, they rescued a chicken named Georgette. Nino again became a big brother to another bird. 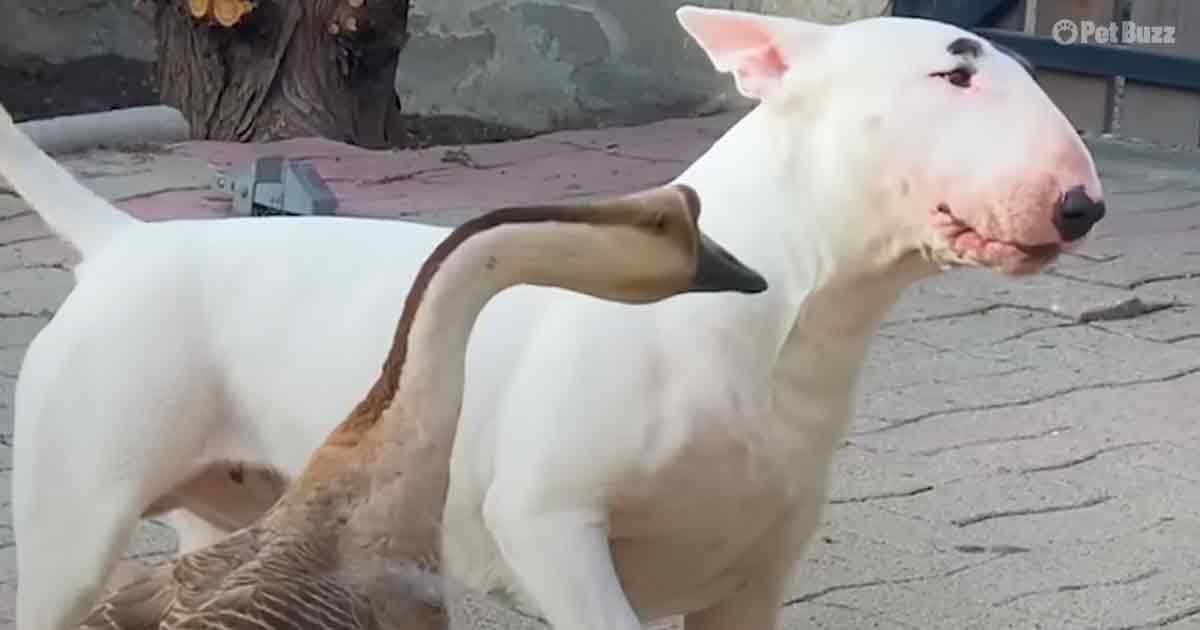 This time though, Rillette was there to show Georgette how to play and annoy Nino. It wasn’t long before Georgette was walking over Nino’s back and standing on him.

It is heartwarming to see that the three animals enjoy each other’s company despite being very different. They have found true friends and family together.