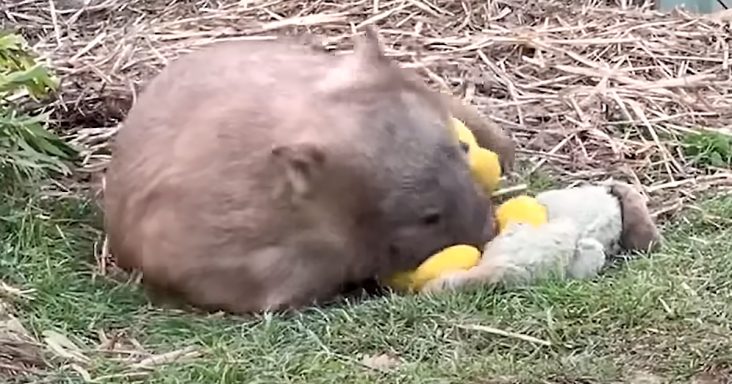 Anita is experienced with rescuing wombats, and she was thrilled to be able to help a wombat named Mitchell. She first found him two years ago next to his mother, who had passed away.

Mitchell was as big as a shoe, and it didn’t take long for their bond to develop. He obviously saw her as his mom, and he would hold her fingers whenever she fed him from a bottle.

After Mitchell was done feeding, he would rest his tiny face on her neck. He was very cuddling and loving. When Anita walked around the backyard, Mitchell would follow her around.

Usually, she would pair him up with another wombat, but there was no one his age, so she gave him toys. Mitchell did what he was expected to do with other wombats.

He snuggled and relaxed with them but also playfully fought and attacked the toys. His favorite was a stuffed tiger which he was particularly mean to. Eventually, the wombats Anita saves revert to their wild behaviors.

Wombats tend to bite and wrestle with their mothers. Anita said it was like Jekyll and Hyde when he would be laying on her leg then suddenly bite her.

Mitchell’s aggression showed her that he was ready to be released into the wild. They helped him search for his burrow and brought his toys so he would feel at home. Anita had tears of joy when she saw him living his best life. 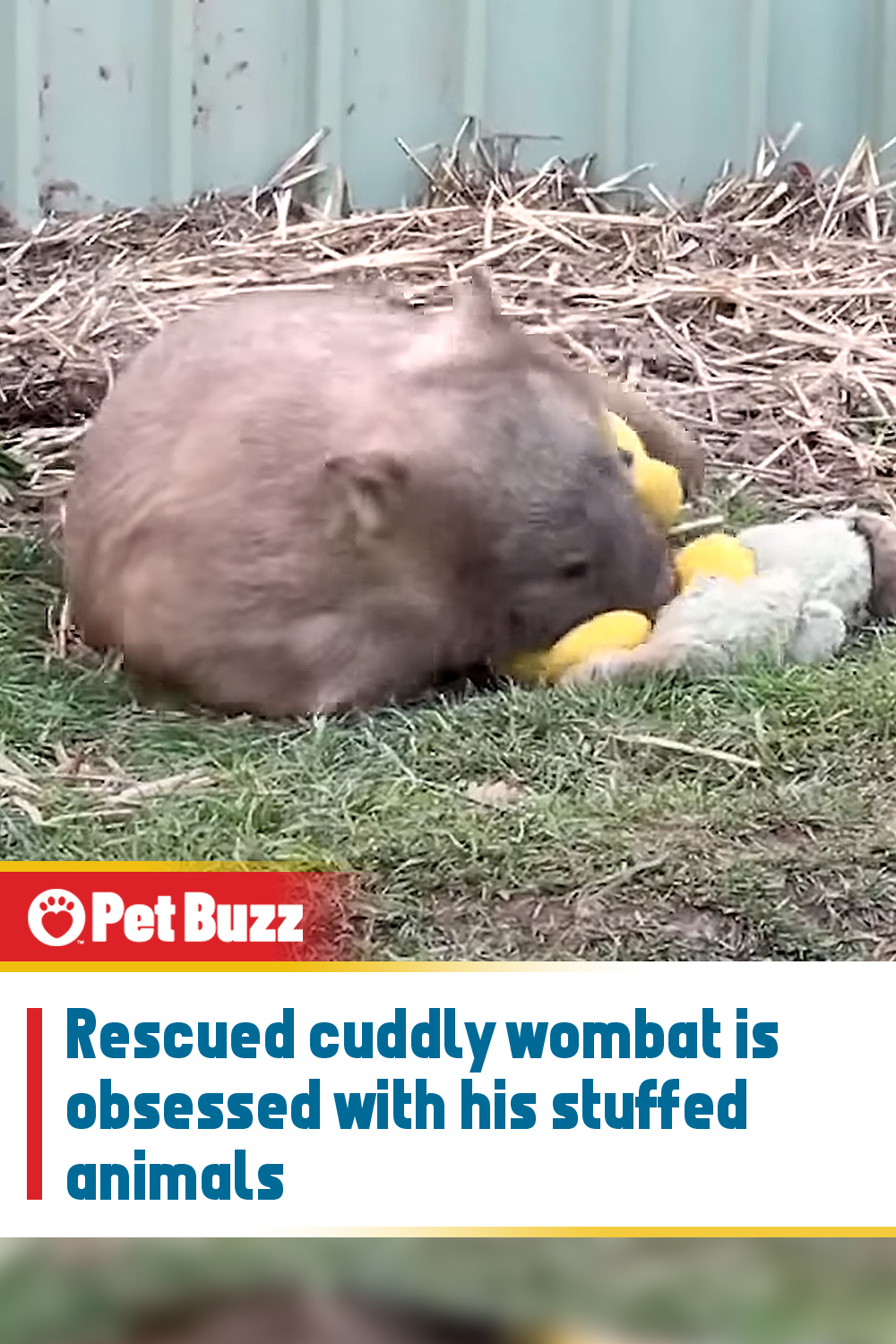