Stray dogs have hard time surviving on the streets. The harsh weather, lack of food, and even the abuse of humans makes them really aggressive and defensive. The dog featured in this video was too scared of humans and didn’t want to be captured. But when Hope For Paws, a non-profit animal rescue organization approached her, something unbelievable happened.

After getting a call about a homeless dog living in a hospital parking lot, Eldad the rescuer from Hope For Paws soon went to the scene. He saw that this dog was really scared and was out of reach of any humans. That is why he decided to sneak up on the dog from behind to capture her and bring her back to safety. It was a difficult capture, but Eldad was able to tie a leash on this stray dog. As the dog was really frightened, she screamed and howled. But soon after, Eldad was able to calm her down and caress her.

I’m so glad that organizations like Hope For Paws are doing their best to rescue and rehabilitate these poor dogs. Watch this video above and share your thoughts with us in the comments! We’d love to hear from you! 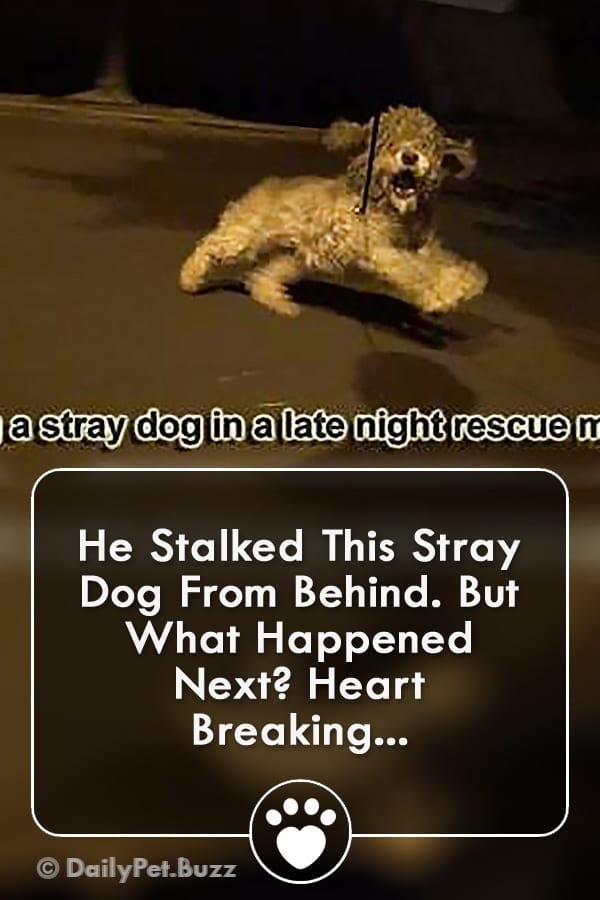