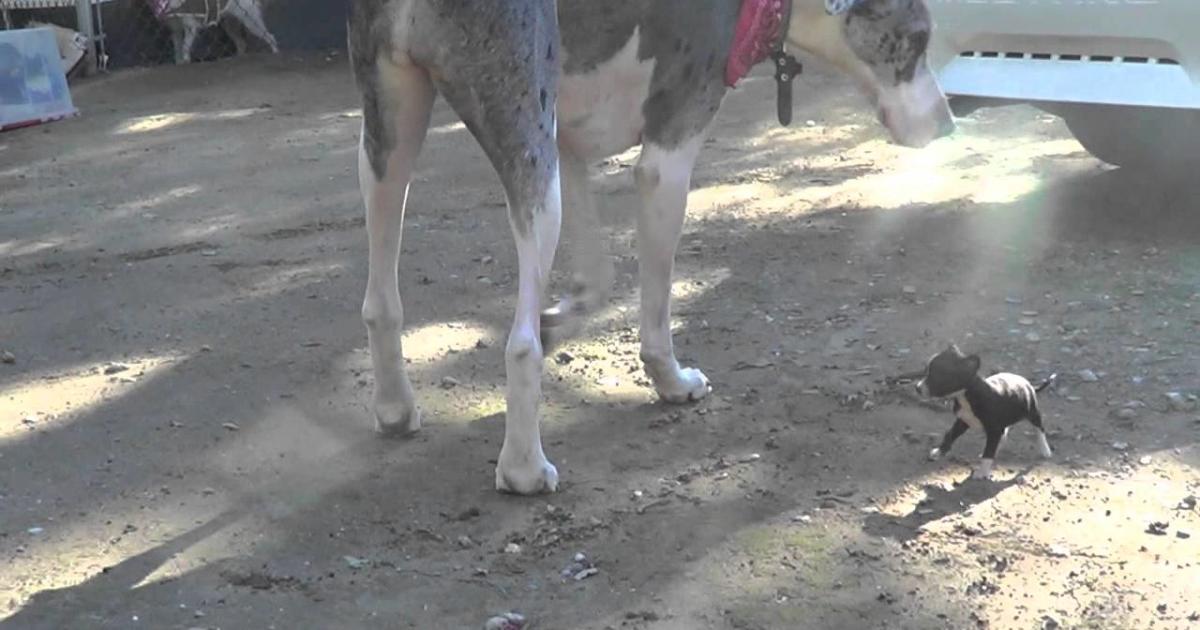 When we were young, every one of us had a role model. We needed someone to look up to, right? And it looks like we are not the only ones. The case with our animal friends is the same as well. The tiny little puppy in the video above has a lot of growing up to do before he becomes like his new best friend. You’re going to melt when you see this cute clip!

This little puppy follows Sasha the Great Dane wherever she goes. And just take a look at the difference in their size. The little guy escaped from his kennel at the MuttShack Animal Rescue, and Sasha showed more curiosity in him than the other canines around. I don’t think I have seen a dog this small before, but before long he will be huge like his best bud!

Sasha is a grey and white Great Dane, and she’s so cute. She has floppy ears and a permanently confused look on her face. She’s so captivated by this little puppy, sniffing him and following him around. She’s even more interested in him that he is in her.

Well, for a while, anyway. At the end of the clip, Sasha sees a squirrel and well, that’s this story over. She takes off after her newest distraction, still looking confused and adorable.