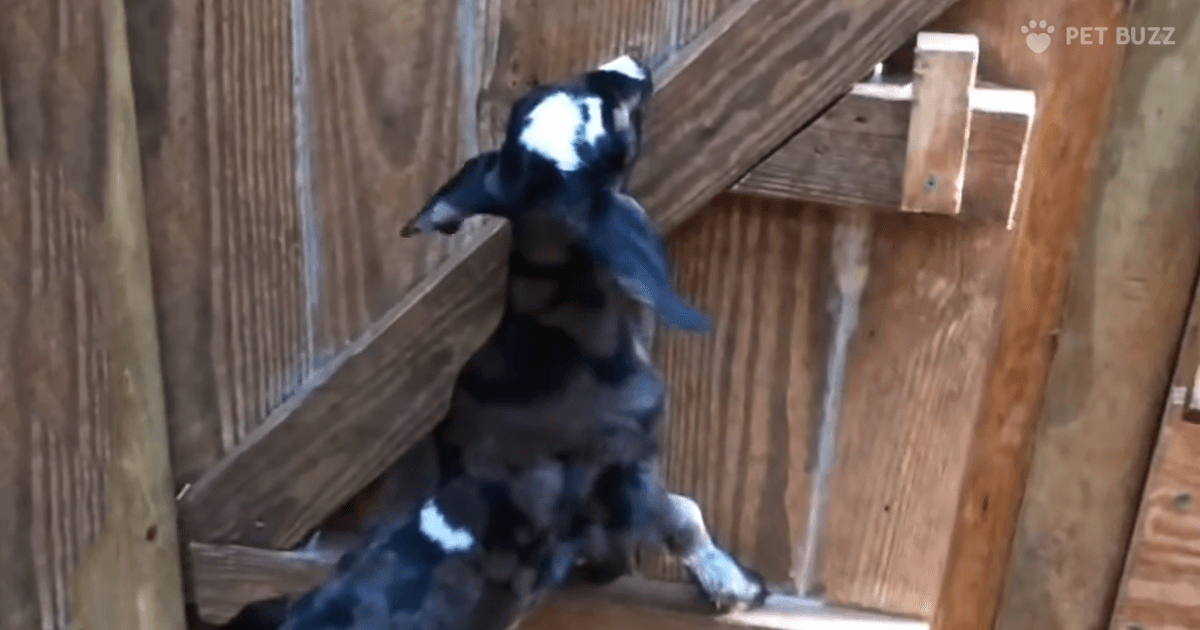 Ever try to sneak out of your house? Things seem to be going perfectly – you’re quiet, the lock makes scarcely a sound when you turn the knob – you ease open the door – and BAM! Parental figure making a late-night garbage drop-off catches you. Sigh. Well, the subjects of this video have some inkling of how that feels, even though they aren’t entirely aware of what they are doing since they are on four legs, not two.

We see two goats leaning on a door. They’ve figured out how to work a latch on the lock to let them open it. After they lean on it for a few more seconds, it suddenly swings open and reveals – a border collie sniffing a tree nearby. The collie doesn’t seem to react much to their presence, but they don’t know what to make of his being there. There’s a momentary panic between the two of them.

At first, it seems like the baby goats are trying to figure out how to shut the door behind them again. ‘so sorry, Mr. Dog. We had no idea what this led to. We won’t do it again – Um. Is there anyone here with opposable thumbs that can shut this? We’ll just be going back inside. Wait. Is the dog just laying down now?’ It looks like they may decide to venture around a bit after all – the video ends on such an ambiguous note.

The border collie seems mildly interested in the presence of the baby goats, but it’s not like he’s standing up and snarling and barking at them. He seems to be like, ‘I’m off-duty now. They don’t pay me enough to deal with this on a regular basis. You also seem smart, so if you can open the door, you can go back inside and just hang out there. I’ll just lay here in case you get any foolish ideas.’

Those two goats were adorable. There’s something so cute about the way they move and hop around gleefully. Don’t miss this hilarious incident in the video posted just below. 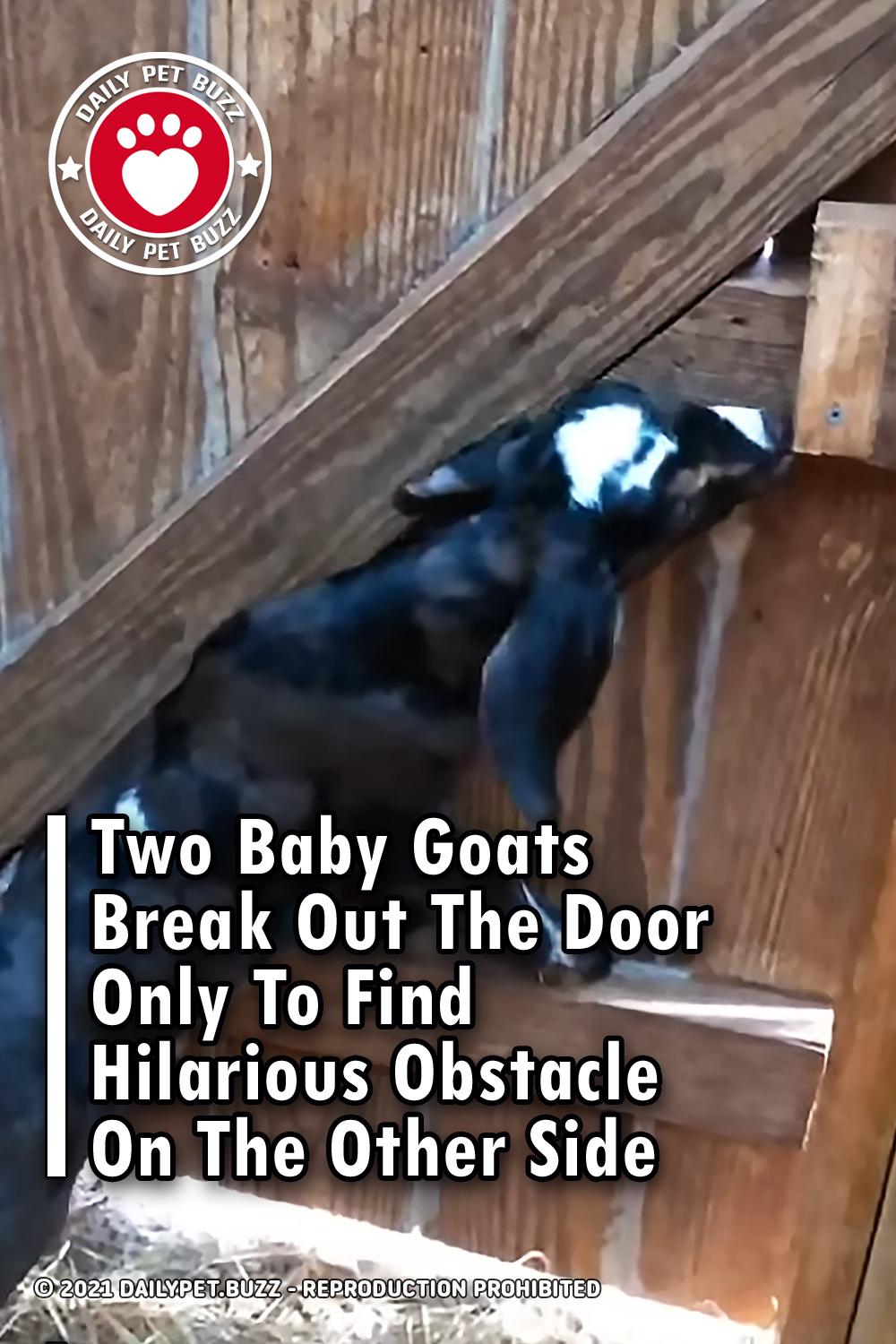