A wandering wild deer entered a woman’s front yard and was probably curious about the woman who lived inside the house. When it spied the woman’s movement from inside the house, it stopped to stare. Mesmerized by her moving around, the deer came to a standstill to watch her.

It’s not like the woman was behaving crazy nor doing some energetic movements that would cause the deer t stop in its tracks. She wasn’t singing, dancing or waving her hands. In fact, all she did was lift her legs high in a marching movement and then stamped her foot back onto the ground. To the woman’s surprise, the wild deer mimicked her move!

It wasn’t long until the deer also mirrored her movements perfectly! They both stood facing each other and the deer obviously was not scared of the woman at all. The deer waited for the woman to lead and followed her movements. They went back and forth like this for quite a while with this newly learned trick.

The woman couldn’t believe her eyes! You will notice in the video that she kept looking back to the camera as if to reassure herself that she would have physical memories of the moment and it wasn’t just a passing dream. Giggling, the woman continued guiding the wild deer in a marching band practice, clearly fascinated by seeing a wild creature mimic what she was doing.

It is rare to come across wild animals if you live in a city. But to come across a wild animal who isn’t intimidated by you, doesn’t run away and hide AND mimics your movements!!?? That’s a record breaker of some sort for sure!

I was amazed at the video and watching the deer mirror the woman’s moves really brought a smile to my face. This is one happy, feel-good video to start off your day. What did you think of the video? Let us know your thoughts in the comments section below. 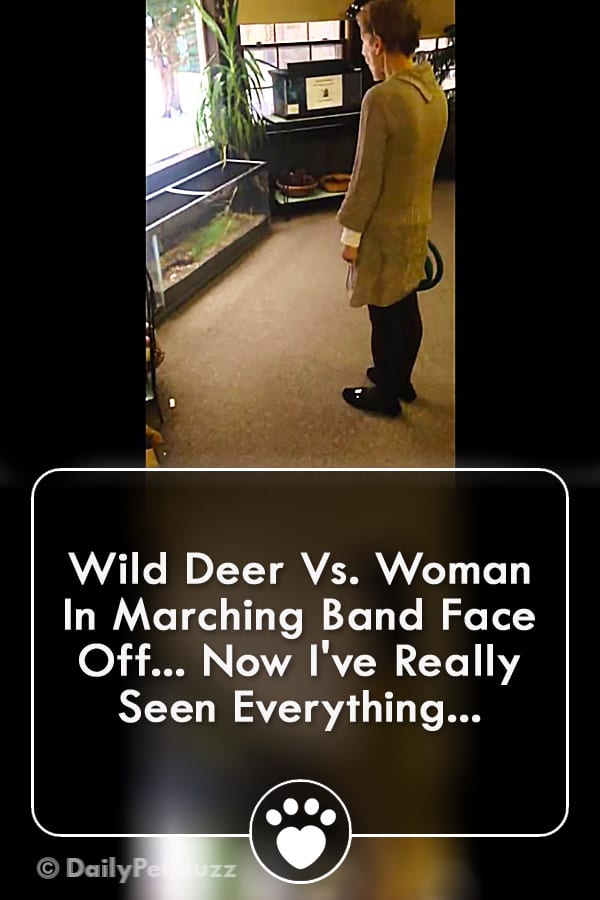