Wild horses were born to run free. However, sadly that’s not the case in Romania where it’s common practice to chain either the front or hind legs of horses, preventing them from running away. Imprisoned in a cruel existence, one young horse was suffering as the chains were causing him physical harm and pain. This horse had probably thought that its existence would be doomed to slavery and abuse like the other horses in the area. Starved for love, this horse in the Darube Delta needed help from somewhere. For some reason, he still had hope, and that hope would not be left unanswered. That’s when this man arrived.

Ovidiu Rosu, a vet from Four Paws could see how the horse was depressed. A beautiful creature like this was not meant to spend life in chains. Having their freedom taken away is soul-destroying for many animals, particularly horses. By putting them in chains, people are crushing the spirit of the animal. Ovidiu was keen to set it free and gathered the tools he needed to release the chains. But as he got closer, the extent of the problem became clear.

The chains were bound so tight that they had begun to cut into the horse’s leg, damaging the flesh around the legs. This young horse was lucky though as it had not been bound for an especially long time. Some other horses aren’t so fortunate. Loosening the chains, Ovidiu was able to show the animal the medical care and genuine attention it so desperately needed. That’s when it happened.

The horse’s demeanour suddenly changed as the vet worked on setting it free. It became more alert and the sadness in its eyes was replaced by delight as it realized what was happening. When it was free at last, the joy the animal felt was obvious for all to see. Incredibly, it then showed how thankful it was to Ovidiu. This touching moment alone is a sight worth seeing! The vet kept working on him and soon enough, he was as free as the wind.

The heartbreaking truth is that this is just one happy story among many sad cases in Romania. With more people like this kind and caring vet, humans could step up and rescue so many more of these majestic creatures from the miserable life they are trapped in. Freedom clearly means so much to these animals. See how relieved and thankful this young horse is to be saved in the video above. 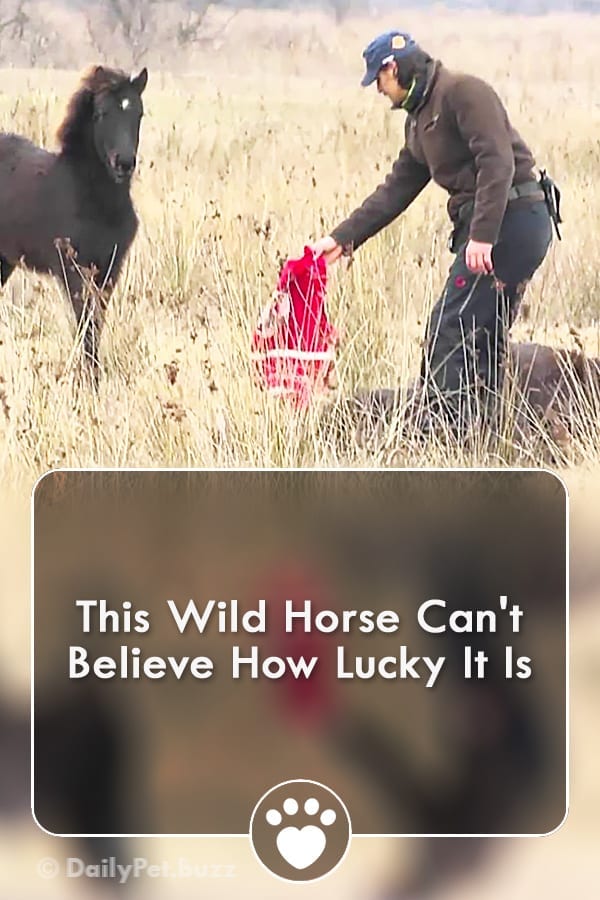