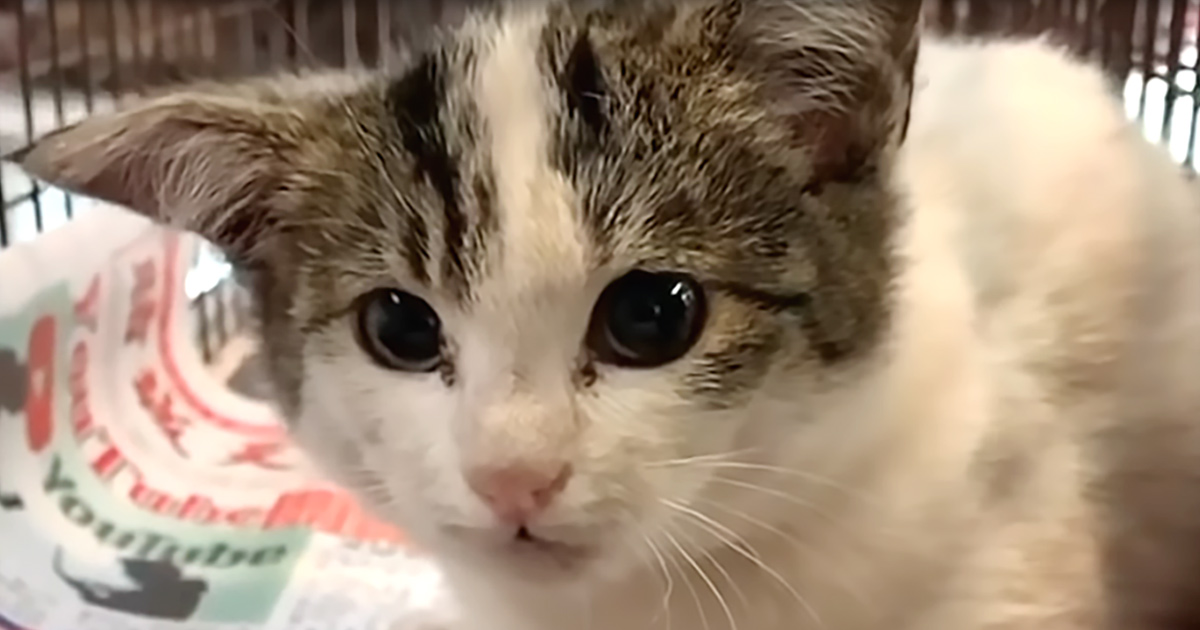 Nikki Martinez and her husband found a feral kitten while completing a TNR project, and picked him up easily from a lawn. His siblings were quicker and warier of the couple, but the two rescuers were able to capture all of them and bring them in for requisite altering and vaccinations. The first kitten found walked with a wobble. He was gentler and generally slower in both speed and demeanor than his spitfire siblings.

His calmer disposition was a side-effect of the condition with which he was born, Cerebellar Hypoplasia, and made it dangerous for this kitten to be returned to the streets following his vaccines and alteration surgery. He would be vulnerable to predators and other perils on the streets that more able cats and kittens could avoid. Nikki and her husband committed to keeping him safe until they could find the perfect home for him.

Although he was shy with his human fosters, and still hissed at them a little bit, it was not the frantic hissing and spitting characteristic of most feral cats. “Diddy”, as he was now named, allowed Nikki to pick him up and hold him close against her. He buried his face in her chest and even fell asleep, seemingly enjoying the feeling of her tenderness toward him. Once she had Diddy cuddled up against her, she was able to spot a scabby area inside his bent ear where he had apparently been bitten by some other animal – a good reminder of why this kitten did not belong on the streets with his siblings.

Little Diddy was still a wobbler, but over the course of the next week or so, his adjustment to indoor living progressed. He passed “Litter Box Use 101” with flying colors, and was a star student in his “Eating From a Bowl” course as well. It took him a little bit of time to get the hang of “Playing With Toys”, but he did improve. His body may have been a little bit more unsteady than that of other felines in the household, but he proved that anything they could do, he could do too. He just added a little bit of his signature shakiness. Diddy now purrs when he gets cuddled. He’s well on his way to being ready for a new forever home. 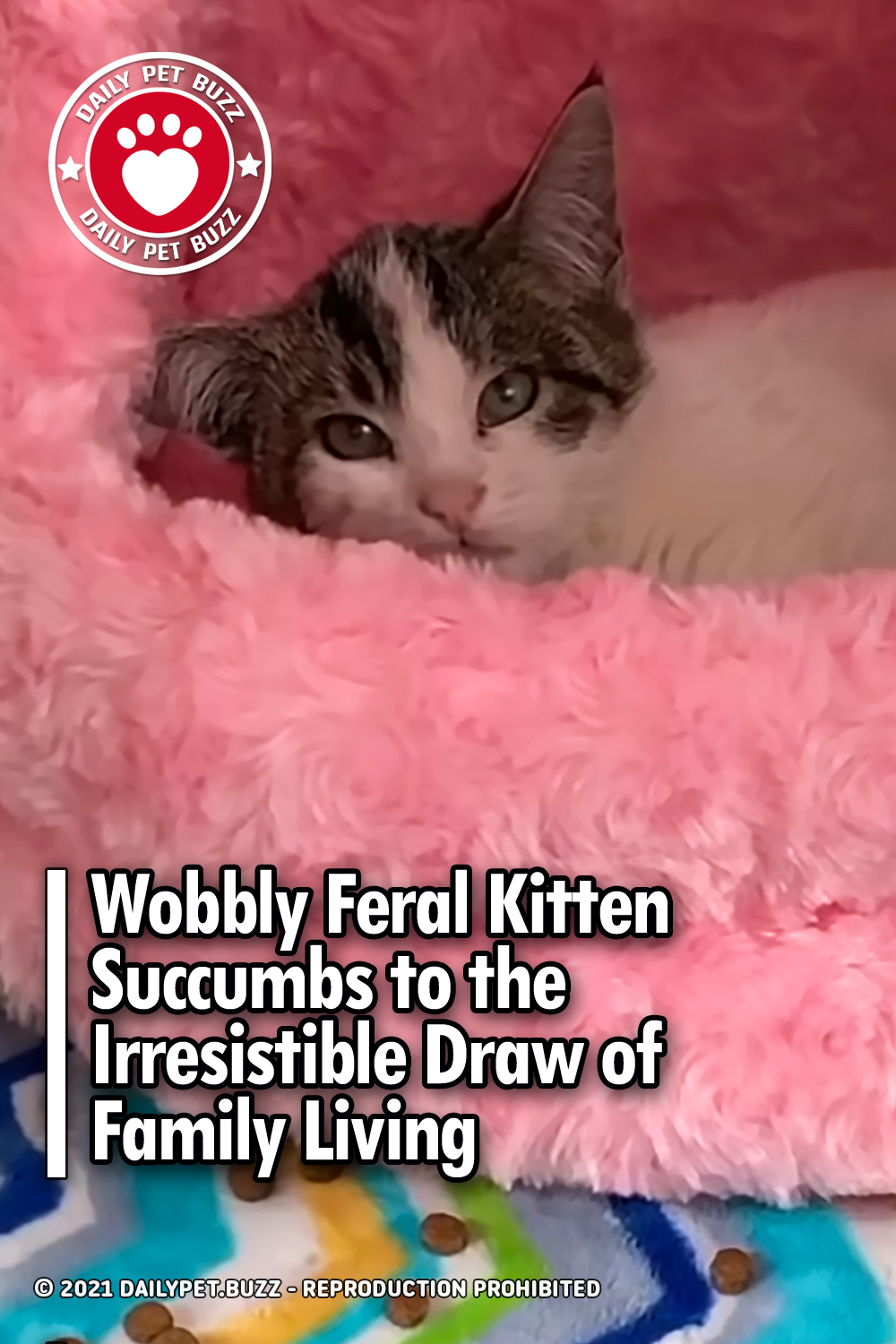