I’ve seen many different breeds of dogs, but this video is the first time that I’ve seen a wolfdog. It’s not surprising that someone would breed them ” dogs are descendants of wolves, after all. It’s fascinating to look at them. They even have different colored eyes. Hmm. Maybe David Bowie was part wolfdog too. Current Washington Nationals pitcher Max Scherzer also has the same condition.

We see the whole video from the viewpoint of the woman who enters their enclosure. Perhaps she’s wearing a GoPro or something similar. Two huge wolfdogs come bounding toward her, emitting joyous howls. Spruce is mostly a dog with very little wolf and Cochise has a medium amount of wolf in him. Both love wrestling with each other to get to the woman and there’s a lot of licking involved.

Both Spruce and Cochise are so rambunctious with the woman that’s filming this. They are so overjoyed that they come very close to knocking her over. The biggest dog that has jumped at me (with good intentions) has been a German Shepherd. These two look much larger – so I’d really have to brace myself. But it would be so much fun to have these doggie kisses lavished on me, I have to admit.

It turned out that these two wolfdogs had been given homes, but they were too high energy for their parents, so they were brought to this sanctuary. That’s best for them, since there is a lot of room for them to run around in their enclosure. They can also howl with the other wolf dogs, so it’s a good situation. I just wouldn’t want to be in there with them if it had just rained, since I would wind up all muddy –

I don’t know who was cuter.. do you? Have you had any experiences with wolfdogs? Tell us your stories in the comments section below! 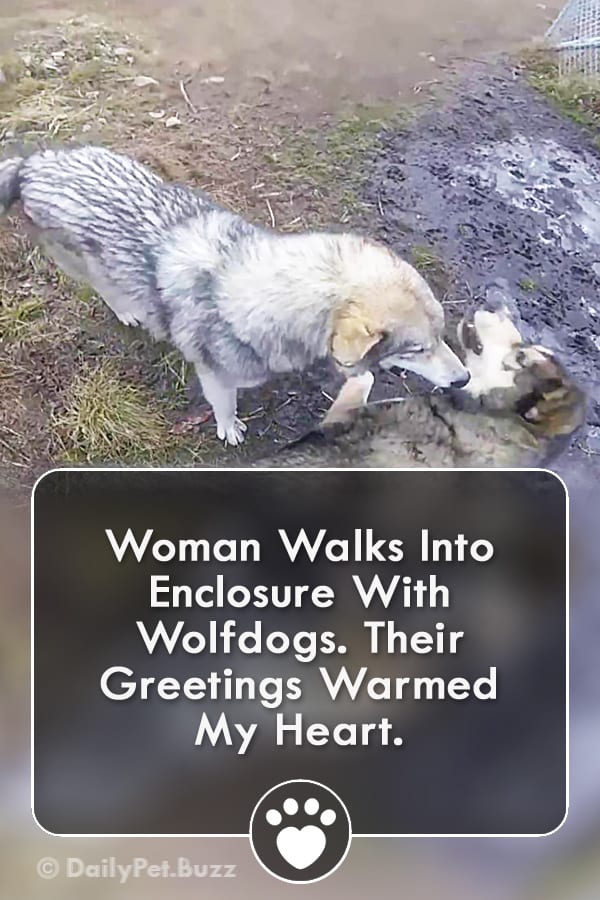