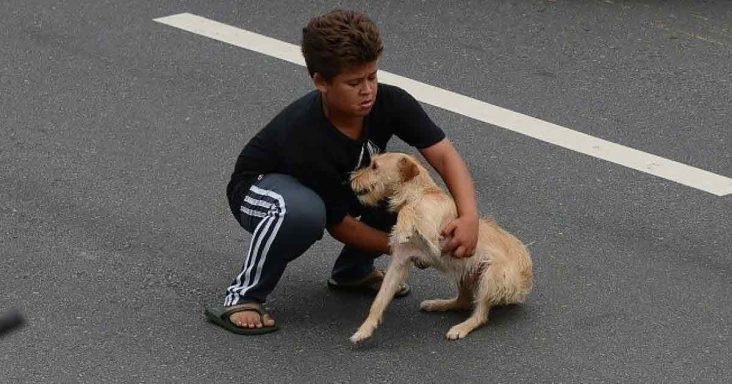 11-year-old Jean Fernandes from Brazil became a hero when he saved an injured dog in the middle of a busy road. Someone had hit Mel, the dog, and drove away.

Jean heard crying while he was walking, and he spotted Mel facing oncoming traffic. The dog was filled with terror, and no one else was rushing to help him.

If the cars didn’t stop then, Jean would make them stop. He stepped towards the dog and faced oncoming vehicles that slowed down once they saw the young boy.

Jean confidently comforted Mel and began to pull him away from danger. Mel was grateful, and finally, he found safety thanks to the 11-year-old. Rafael Martins, a photographer, captured pictures of the heroic scene.

After posting the photos online, someone commented, “This little boy is already larger than many men.” Jean’s mother wasn’t surprised by her son’s actions. She stated that her son always loved animals.

Apparently, Jean always goes out of his way to rescue any animals that have been abused or abandoned. Mel was one of many dogs Jean had saved.

After being pulled from the road, Mel was taken to a local shelter. He was given medical treatment and slowly recovered from his injuries. Jean gave Mel a second chance at life. 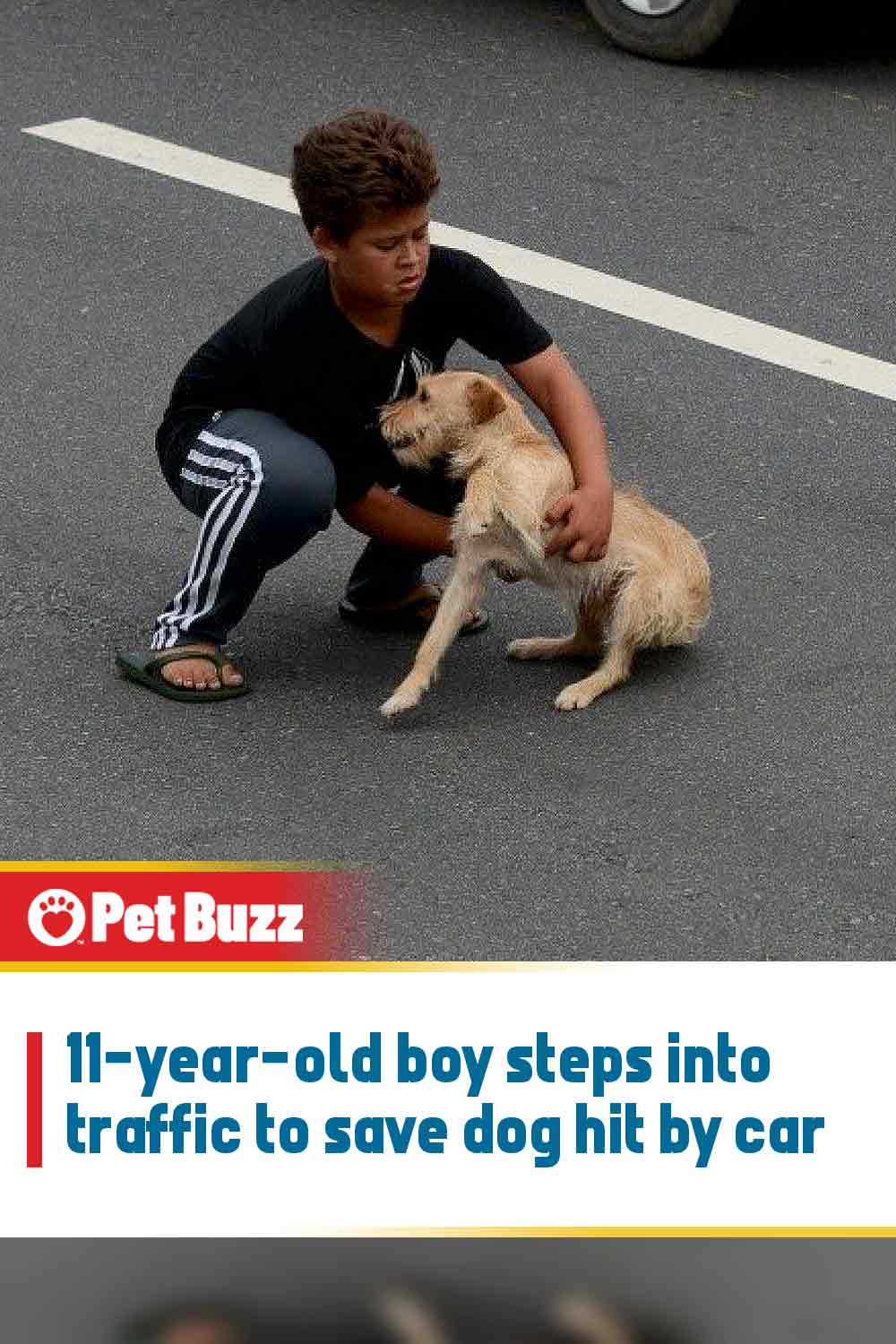