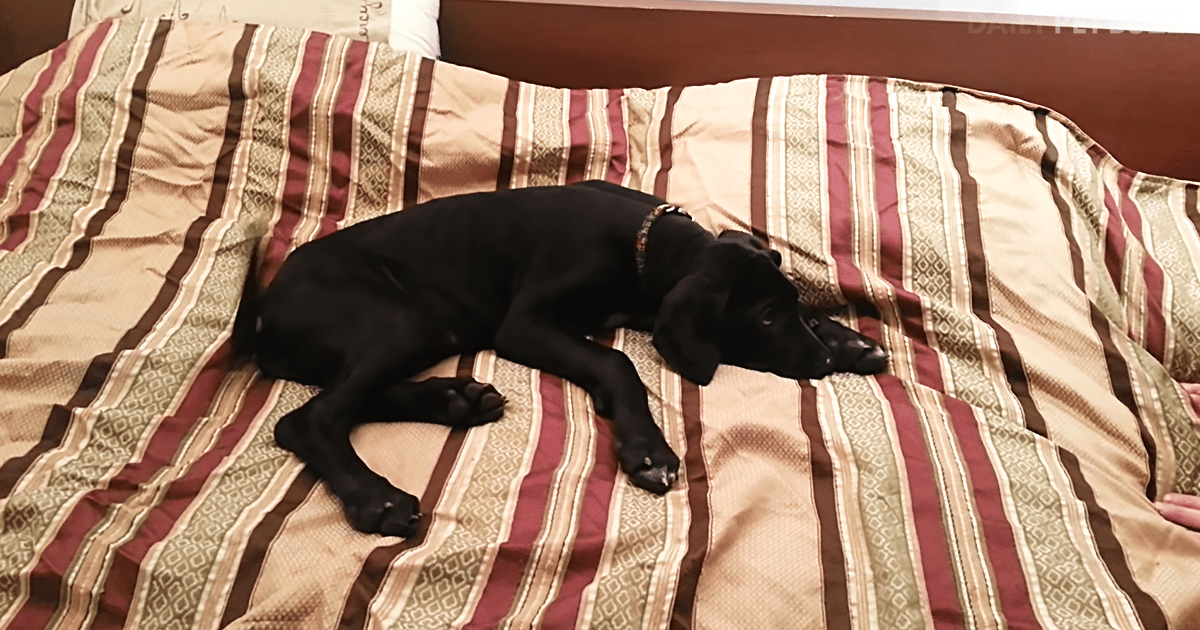 Dogs have served people as working animals for thousands of years. But nowadays, most dogs lead pleasant, non-demanding lives as family pets. You’d think that part of this deal would be that the dog can sleep in as late as he pleases. And that’s usually how it is — but not when the humans are the owners of a bagel shop.

The lot of bakers since time immemorial includes having to get up and get to work extremely early so their customers will be able to start their days with nice, fresh breadstuffs.

For these bagel shop owners, early means 3:30 in the morning. They have an adorable Great Dane named Thor. He’s only a youngster but already bigger than a lot of dogs. Whatever role, if any, the dog has in running the bagel shop, Thor’s human dad felt compelled to wake him up at 3:30.

The sleepy pup doesn’t like this idea, though dad tries his best. “Hey, Thor! Wake up. Talk to me. Wake up, Thor! You’ve got to get up, Thor! You have to get up. You cannot lay down all day. You gotta get up. I don’t want to hear it. Time to wake up. Let’s go.”

And on it goes. Tapping on the bed, shaking Thor’s paw, and rubbing or patting his belly doesn’t do the trick. The dog rolls around and makes some really cute noises, essentially saying, “I’m sleeping in, mister!”

For a moment, it looks like Thor might be getting up, and dad exclaims, “That’s a good boy!” It goes without saying that the dog flops right over. You can decide who’s more stubborn: Thor or his dad. What isn’t in doubt is that this video is totally cute. It’s had over 20 million YouTube views and counting. I, for one, am rather impressed with Thor’s determination to sleep in.