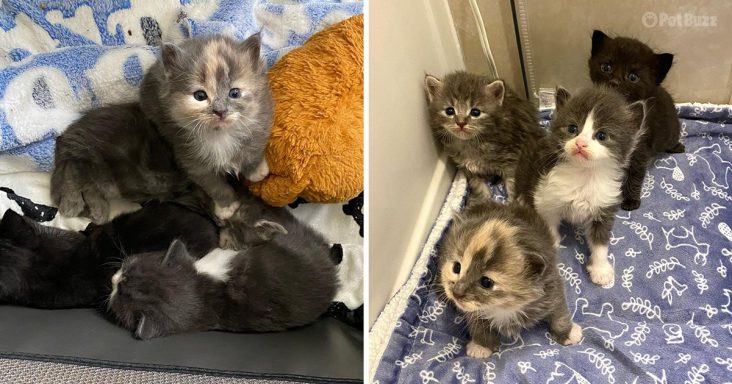 Penny Richards helped rescue and raise four adorable kittens from their harsh life on the streets. Two wandering citizens saw them, and there was no mother around.

The kittens were taken to the Animal Welfare League of Arlington, and Penny Richards worked there as a foster volunteer. She had a few foster kittens in her home, and the four siblings made significant additions.

At three weeks old, the poor kittens were thin and hungry. Penny had a challenging first night with them because they didn’t know how to eat from a bottle, and they were too young for solid food.

She was determined and never gave up. Penny worked hard that first night and barely got any sleep as she made sure they got something in their bellies.

Eventually, they learned how to latch onto the bottle, and there was no looking back after that. Every time it was feeding time, the cute kittens would eat happily and quickly.

The four kittens were named after water Beck, Brook, River, and Bayou. Each of them had their own unique personality. River was the one boy among three sisters.

Penny was overjoyed by how much they grew and became comfortable with her. They even developed a habit of sitting on her lap, and the other foster kittens followed suit. 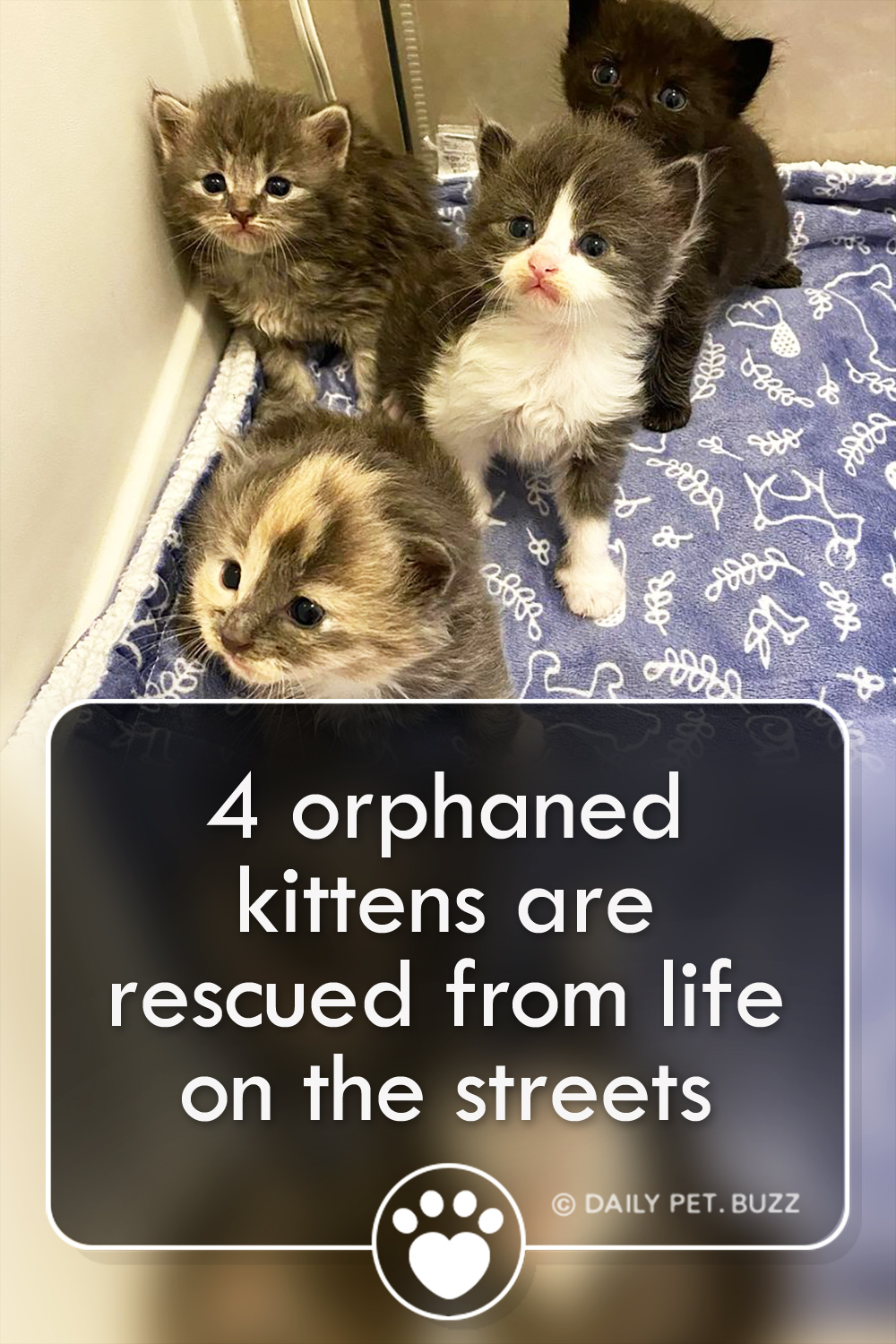