Dogs and babies. It can be a very cute pairing – with proper introduction and vetting, of course. The first few times should be in short bursts, so that they can get used to each other. There’s also the concern of any aggressive behavior on the dog’s part, so it’s really important for the early meetings before any long amount of time playing. But if they are used to each other – you can see really fun videos like this with a husky and a baby.

The husky, who apparently is not even a year old himself, is laying on his back. The presence of the baby has a calming effect on him. He probably sees it as a pink-skinned puppy who he doesn’t want to hurt. There’s a lot of affection between the two ” he licks the baby’s face a lot. There is a tiny bit of gentle nipping of the hands, but nowhere near close enough to puncture any skin.

Was it safe to leave the dog and baby together? Well, it’s an animal and anything can happen, but it’s clear that the daddy is in the room, filming this. He’d be ready to jump in should there even be the slightest hint of a problem. In fact, he calls the dog over at the end, that’s what really stops the video. This is actually a good way for a baby to learn some interaction skills – and also strengthen his immune system with all the doggie germs.

I looked at the comments section of this video on YouTube. I wore safety glasses to protect myself from any possible stupidity. As I predicted, they were all about the 2016 election. No, I’m kidding. I’d say a third of them were about how cute the whole scene was. A third were people saying, ‘HOW COULD YOU LEAVE A BABY WITH A DOG LIKE THAT?’ as if the film was from a nanny cam, and the other third saying, ‘This is such a good dog! Stop saying mean things!’ I’m in the third camp myself. This was innocent fun for everyone.

This was so much fun to watch. What did you think? Leave us a comment in the section below! 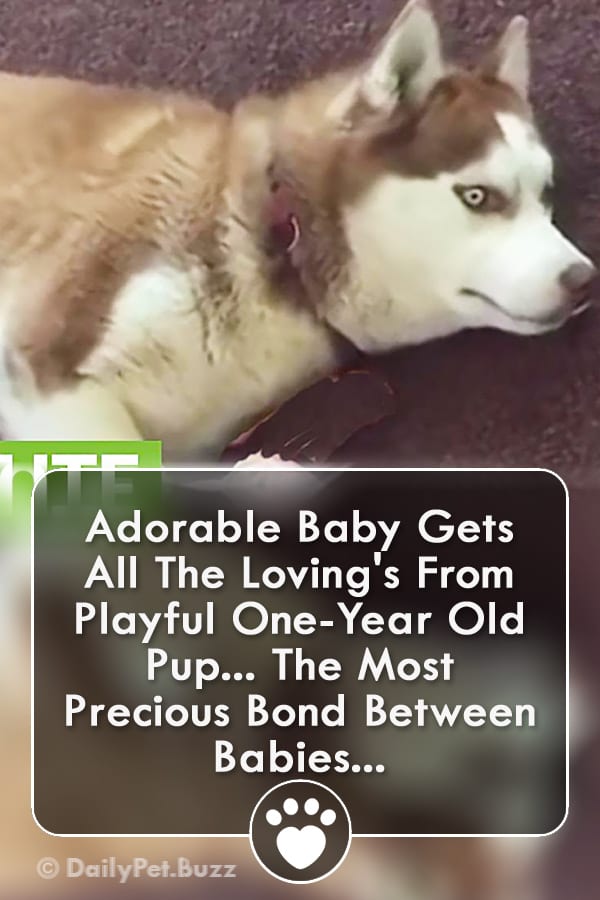