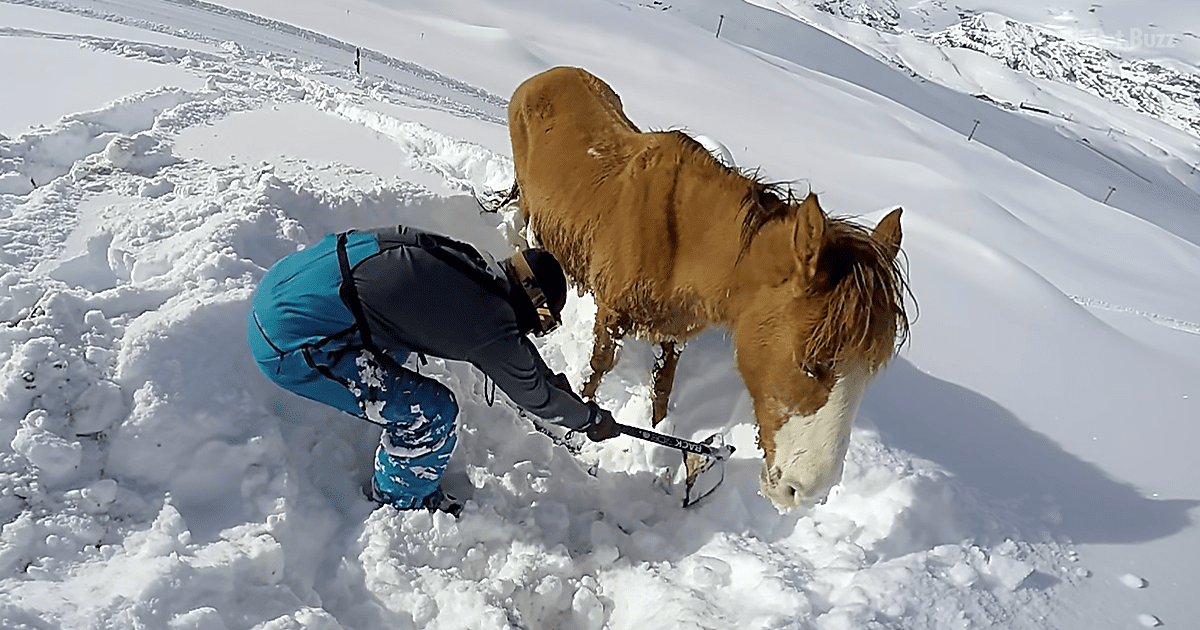 Rafael Pease had decided to spend his 21st birthday snowboarding with a friend in Chile. But while he was enjoying himself, he thought he spotted a rock in the snow. It turned out the rock was actually a horse that was stuck very deep in the mountain snow. This young man knew he couldn’t leave her up there. That’s just the kind of guy he is. Watch his video of what he did to save her.

When he spotted her, he carefully made his way over to her, making sure his footing was safe. She was up to his waist in snow. The horse was stuck with all four legs in snow up to her belly. She had been standing there like that for days; he found out later.

Pease and his friend used an avalanche shovel to dig her and out and offered her some of the food they brought with them. He used his shovel as a bowl, and she ate everything. Poor thing was so hungry. Then they created a harness with a rope and led her back down the mountain while they guided her slowly from their snowboards. They later discovered the horse had been stuck on the mountain for four days!

The horse was returned to his owner. The man had released the elderly animal to enjoy his old age as a free horse. Pease says he couldn’t let the horse die up there. He says he ended up giving up the best powder day of the year to spend all day digging it out of the snow. But according to him, it was worth it. 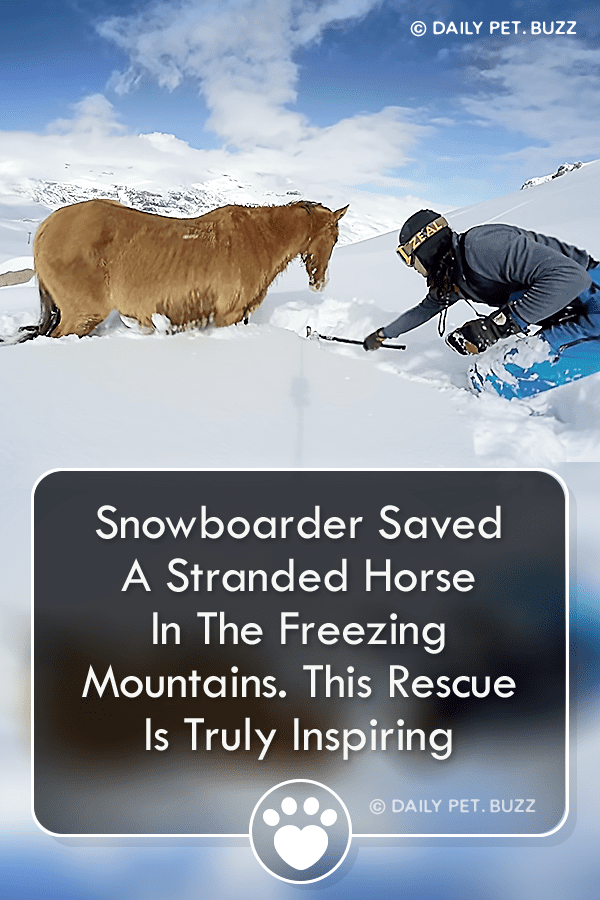