Rocky Kanaka likes to give back and bring a little joy to homeless dogs across the country. He plays a little game where he buys the dog everything that they touch! After all, what is better than a little retail therapy? Kobe, the little blind puppy, is about to find out how nice it is.

Kobe, an adorable Cane Corso puppy, is about to get the chance to run through this pet store, and anything he touches will be his! At first, he doesn’t seem to enjoy navigating through the unfamiliar store and unceremoniously plops down on the floor.

They lay down some toys, and Kobe touches a cute little orange squeaker! It thrills rocky to toss it in the cart, as everyone spreads more toys throughout the aisles. Kobe sniffs out a box of bones and tries taking the whole thing off the shelf. Rocky sticks the entire box of bones in the cart.

Rocky tries to get Kobe to touch a long stick-like bone, but Kobe wants nothing to do with it! He barks at it, even backing away from it while doing his best to sound ferocious! Rocky puts it back on the shelf, saying, “He doesn’t like that!” The tired little pup just decides it is time for a nap after that! Which is probably good since his total came out to just under $365! Hopefully, it won’t be long until this little guy finds his forever home! 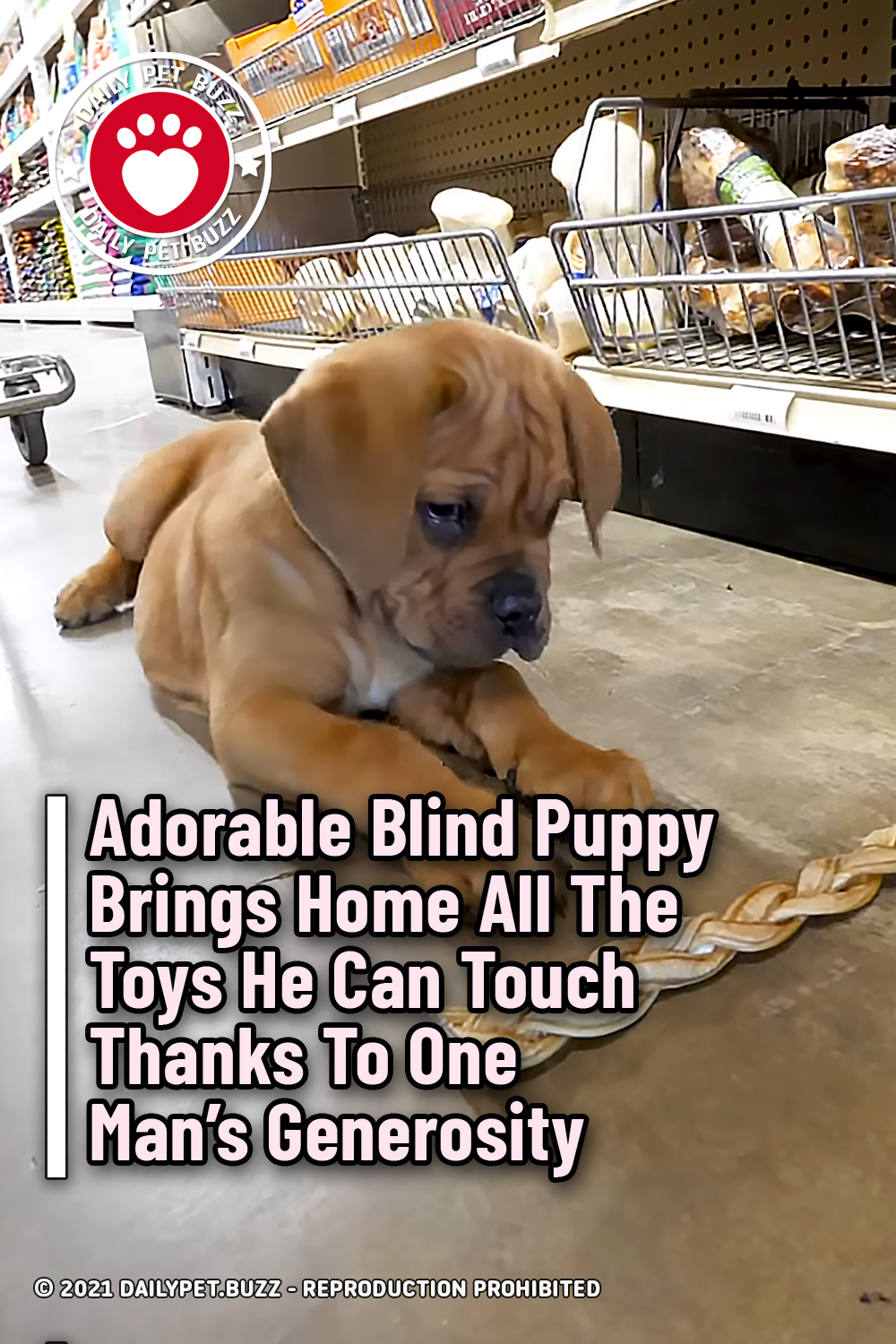