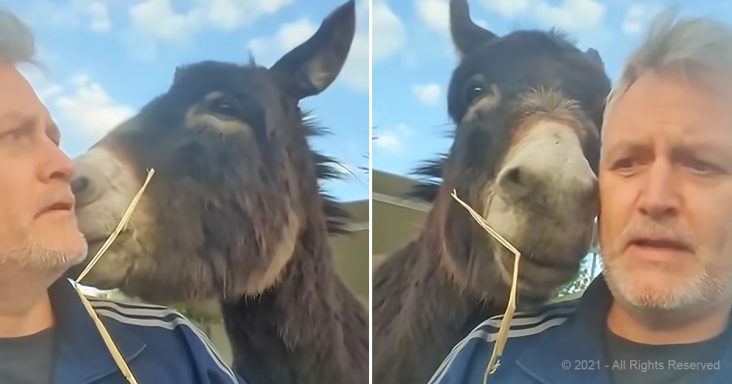 Steve the donkey knows he’s cute and his dad loves him, so he uses it to get away with anything.

Steve the donkey has a bad habit, it seems: he constantly breaks into the feed shed, trying to be as stealthy as possible. But he has left behind the incriminating evidence of donkey teeth marks on the feed!

His dad also says that no other donkey could be the culprit because the break-in happens only when Steve is out and able to do it. Steve listens to all this evidence and he knows he’s busted.

Instead of trying to oppose the truth, he resorts to looking cute, with big, warm, sad puppy eyes that he uses to look at his dad with. This strategy clearly works, because his dad is mild and gentle, and he doesn’t want Steve to be embarrassed or uncomfortable.

Let’s face it, clever Steve knows it very well. He gives his dad an affectionate hug as he is trying to lecture him, and when that seems to work, he ups the ante by also giving him gently, loving kisses!

It’s too hard to stay stern when showered with tokens of love and affection, and Steve’s dad is no different! He tries to finish the lecture, asking Steve not to get into the feed shed again, and it might look like Steve consented to that, but we all know he’ll end up leaving his teeth marks on the bags all over again. And because he’s so sweet and adorable, with mild manners and a big warm heart, he’ll get away with it again. 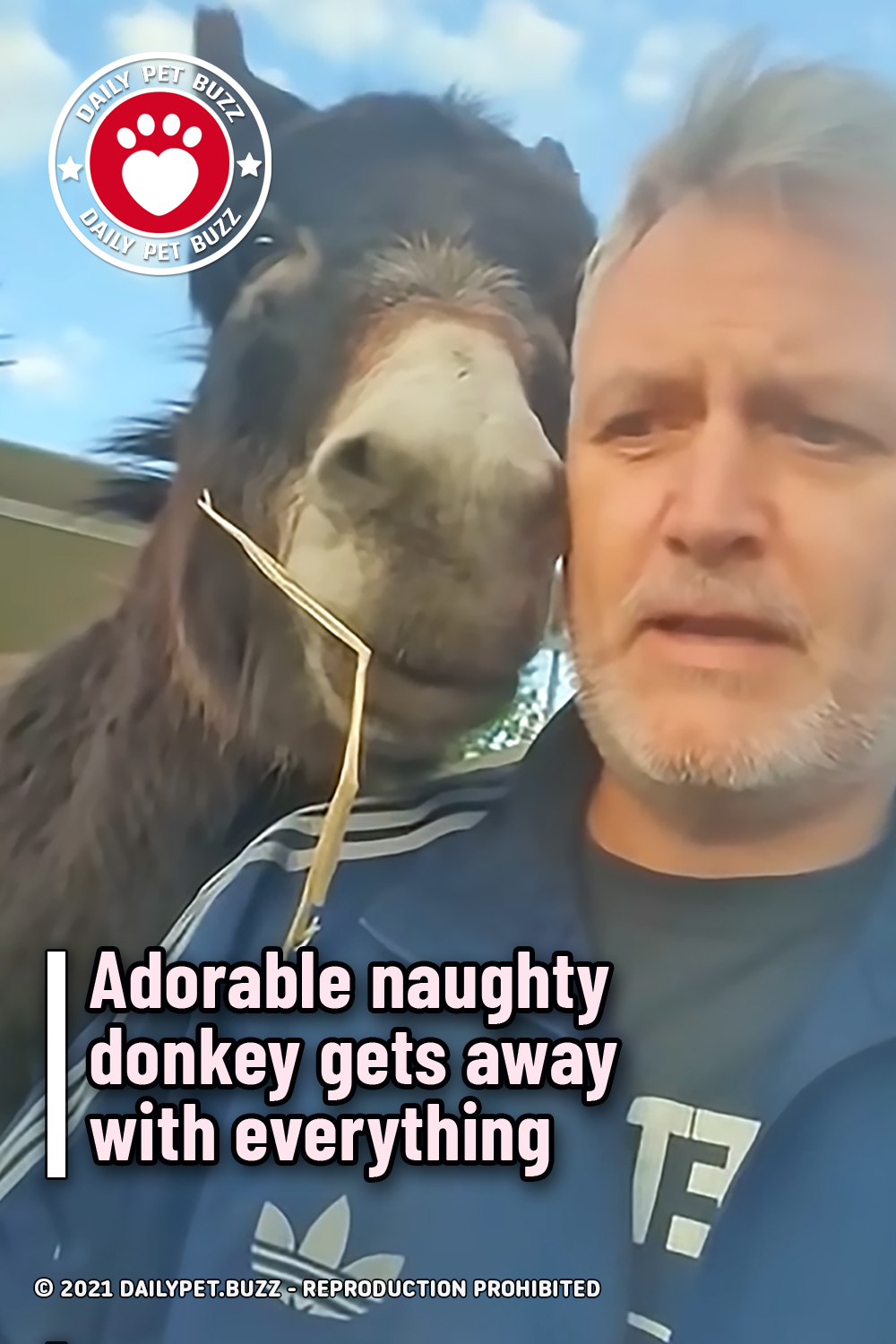