Before we begin talking about the video above, it’s important to note that the images might be shocking to sensible audiences. Viewer discretion is heavily advised, and if you’re upset by watching images of animal cruelty, you must be cautious when watching this video.

The dog’s name is Augustus, and he was rescued from the most abhorrent conditions that you could ever imagine possible. He had an extreme case of mange, worms, and as if that wasn’t bad enough, he also had an ear infection. He was in such a bad state when they found him, that they didn’t even know for sure if he was going to be able to make it through.

Thankfully, they did not lose hope, and with Augustus’s fighting personality, he wasn’t going to give up either. His team of rescuers is called the Heart Of Alabama, and they star at what’s probably the most miraculous dog rescue that I’ve ever seen. They did everything in their power to make sure that Augustus made it back to safety, and being a non-profit institution that takes care of stray dogs everywhere, they were confident that he was going to receive all the help that he needed to pull through.

You can watch his impressive recovery for yourself in the video just below here, it’s truly a sight to behold! 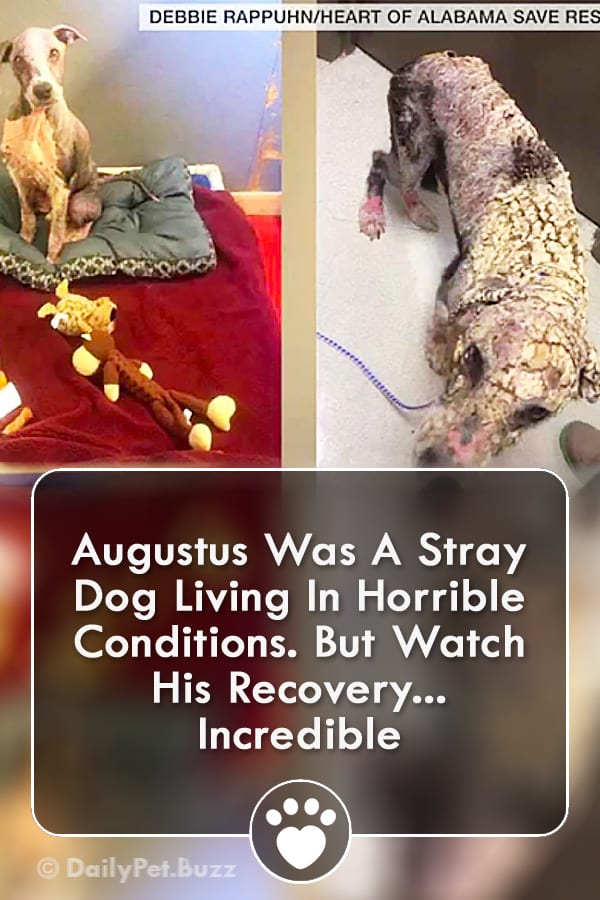