When staff at the Animal Rescue League of New Hampshire walked into their store rooms one recent Sunday morning, they came across a shocking scene. Over night, someone had broken into the rescue’s pantry and stolen about $700 worth of donated pet food, leaving only one small bag of kitten food.”A staff person came in the morning and noticed that someone had pushed through the chicken wire on our community food pantry and they had taken everything,” Monica Zulauf, president and CEO of the rescue, said in a statement.

While staff members were understandably upset, there’s no way they could have expected what would happen next. They made a police report, and in the meantime their story made it to Facebook, where it went viral.

Even before local news had a chance to report on the break-in, donations of food were rolling into the rescue.”The community response was amazing,” Zulauf said. “It was a steady stream of everything ” from toddlers carrying little bags of cat treats to families who had picked up full bags of pet food.”

The donated food goes to elderly people and families who’ve fallen on hard luck. The thief essentially stole from those who needed help most. But one heartless act was overwhelmed by the amount of positive response the shelter received after the breakin.

Watch the whole story of the food pantry burglar in the video above! What did you think? Leave us a comment, we’d love to hear from you! 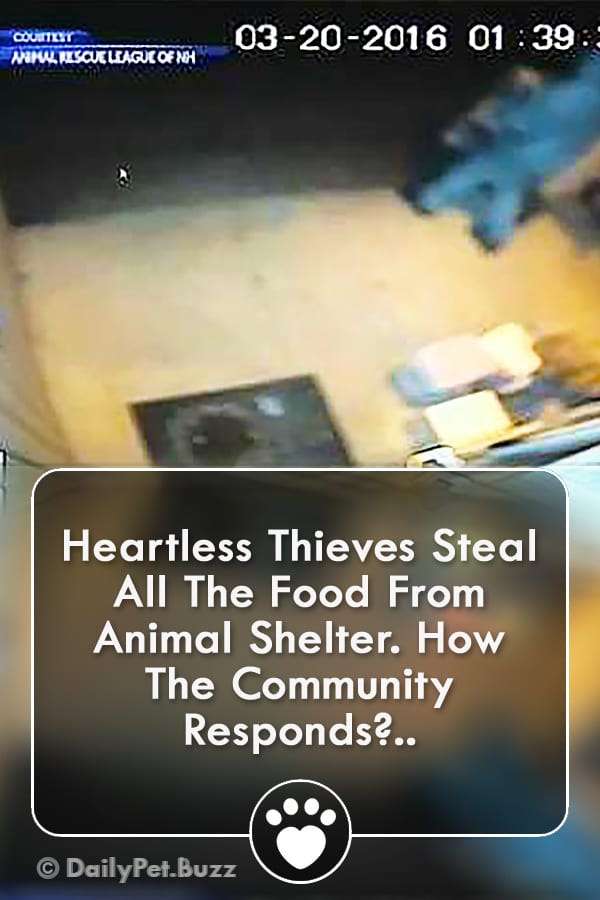