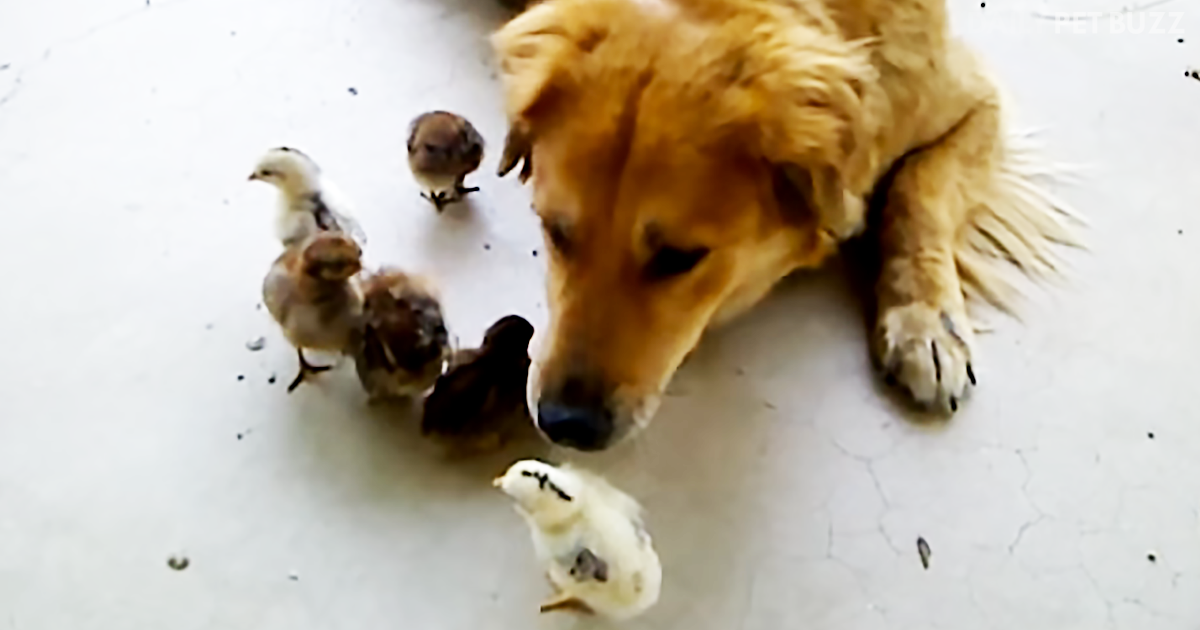 Bailey is a half Coyote, half Retriever dog who, in the video below, shows us that maternal instinct can kick in at the most unanticipated times. It so happens that one day, Bailey went outside for a morning lap around the yard and to sit in the sun, but there were ten tiny little intruders on her property.

These ten little intruders were fluffy and adorable chicks. Bailey’s parents have no idea where they came from, they were just right there, in the yard when they got up one morning. While mom and dad weren’t sure what would happen, they had faith in their beautiful Bailey that she wouldn’t hurt the little chicks.

And, they were right. Bailey had her maternal instinct kick in when she approached the little chicks. Before you know it, it appears that Bailey has happily adopted the ten little chicks, and she was cuddling with them all on the patio.

Isn’t Bailey just precious with these guys? Ten ‘babies’ is enough for any mom, but Bailey steps up just fine – and they aren’t even her babies. Well, they weren’t at any rate; they certainly seem to be hers now. Don’t miss this adorable inter-species mothering; you will be sure to smile. 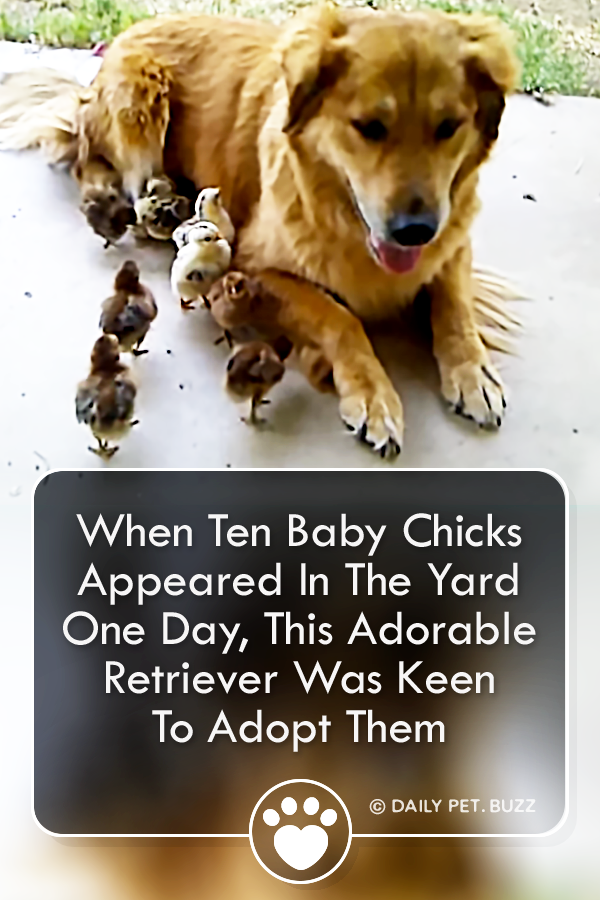