There’s one trip that I’ve always wanted to make ” to go to an animal sanctuary and interact with an elephant. This would be an amazing experience and I would love to be able to make it happen someday. There’s just something about these creatures that look like they would be so much fun to hang around. That’s why I was so jealous while watching this video of one guy getting to do that.

We see a baby elephant walking around a group of people at a sanctuary in Thailand. He finds that he likes one guy and starts rubbing up against him – which staggers the man backwards. Even though he’s a baby, he’s easily over 200 pounds. Then begins the cutest four minutes I’ve seen on the internet. The guy starts rubbing the elephant, which makes him so happy. The two embrace and the elephant even wraps his trunk around his head a bit.

This elephant is determined to give as many hugs as he can as long as this man is willing to pet him. He butts his body against him and he wants affection. Hey, if I were in that guy’s shoes, I would be doing the same thing. This is an amazing opportunity for him and he’s seizing it for all it’s worth – and the elephant is intent on doing the same. I haven’t seen many things as sweet as what’s here.

That guy is going to be SORE all over the next day. He’ll probably feel like he’s been run over several times in football practice. It’ll still be worth it for him as he got to experience something very few of us ever will ” getting to be up close with a baby elephant. My wife was watching the video and she also howled, ‘How can someone abuse or neglect that poor baby elephant!’ Well, his spirit and love are still shining through. He might have to be deterred though when he’s grown, because getting a full-body hug from a full-grown elephant might turn out different.

I had to watch this video several times because it’s so awesome. What did you think? Tell us your thoughts in the comments. Also, please ‘Like’ us on Pinterest. 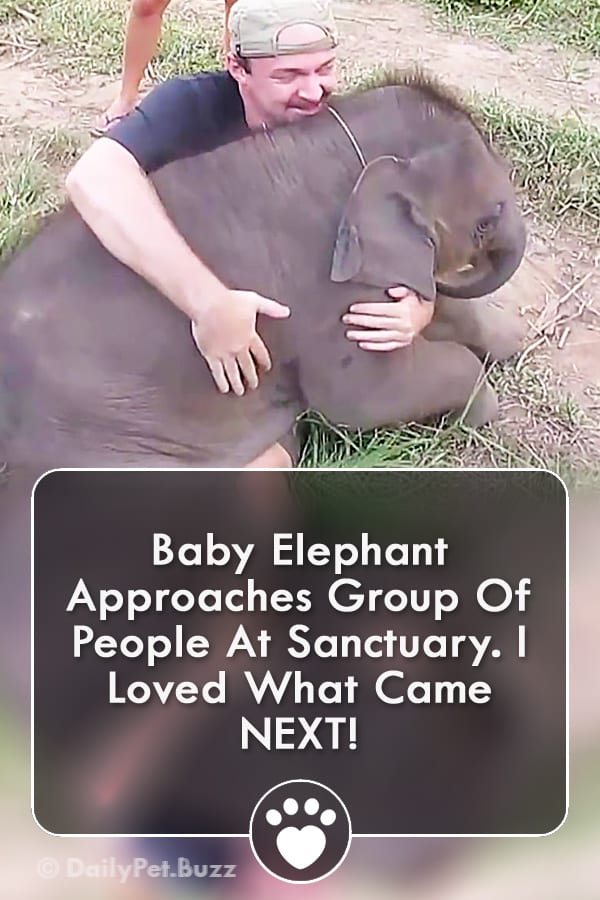