Most of us are familiar with the rescues executed by Hope For Paws. It is a non-profit animal welfare organization that has been working for the benefit of street animals and those that suffer in shelters in Los Angeles, CA. This time around they received a call from a friend about a dog in South LA area. She said that even from afar, the dog seemed to be in pretty bad shape.

They didn’t find her right away, but after some searching they saw her in a corner. And they saw that she was blind in both eyes. She was frightened and scared. Her white fur was a dark grey color and she had the worst flea infestation they had ever seen. When they put the leash on her, she urinated out of fear and sat frozen in it. But her life was about to change.

She put up a bit of a fight, but they scooped her up and took her away to safety and decided to name her Fiona. First they shaved and bathed her, and immediately she started to feel better. Her fear was gone. They took her the doctor who confirmed that she indeed was blind, but that he could restore her vision in one eye. She could see the world after a long time now!

After her rescue and medical treatment, Fiona appeared to be a much younger dog, full of life and playfulness. She enjoyed her foster home and made some new friends that looked a lot like her! But soon she was adopted by Michele and Chris and is now the fourth dog in their home, so she has many playmates!

Watch this touching video above! Don’t forget to share your thoughts about it in the comments section! 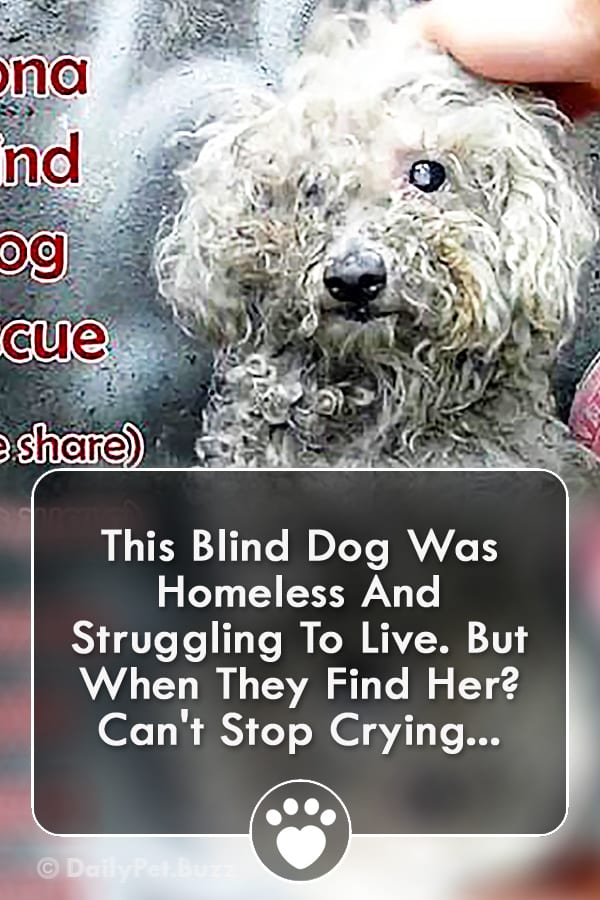