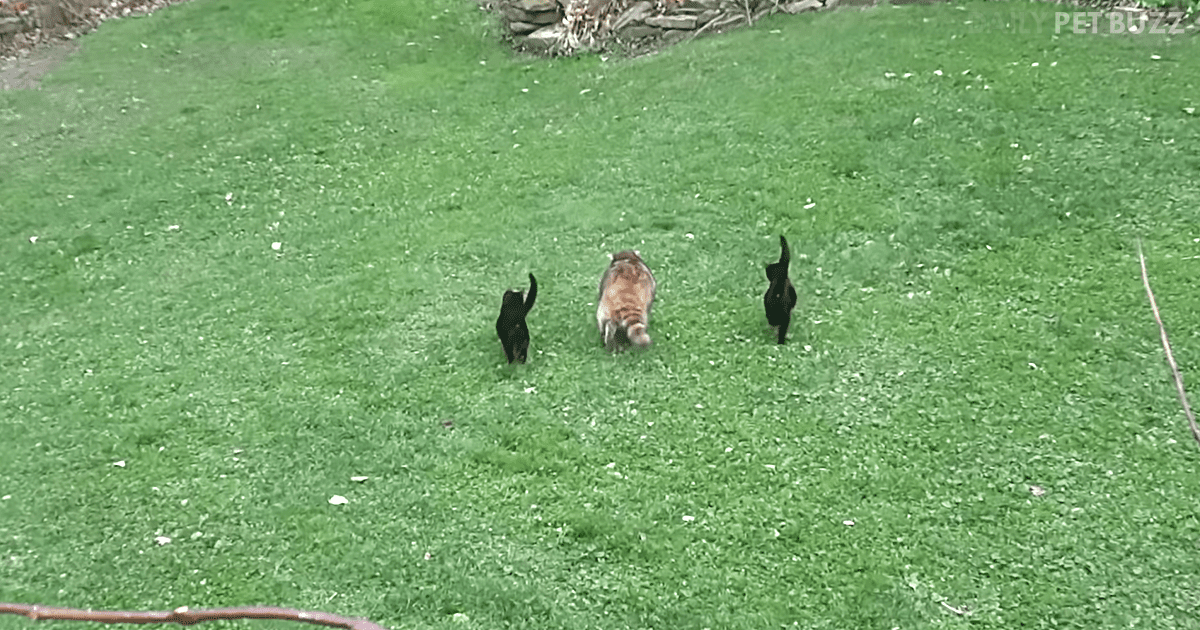 When a blind raccoon wobbles off into the forest, his two kitten bodyguards jump to attention. They shadow him as he makes his way home, keeping him from getting into danger.

Animal empathy is a thing, friends. Just watch this pair of feral kittens help a blind raccoon navigate around the edge of a forest at the back of a woman’s property in Illinois. The blind raccoon had been coming to her house for a while, eating the food she left for it.

But one day he arrived with a pair of furry bodyguards in tow, and suddenly he wasn’t bumping into things anymore. Now he had a set of bumpers between him and dangers, and they happened to be of a different species.

The care these two kittens take with the blind raccoon is really something special, especially considering this is a cross-species relationship. It’s very unusual to see young animals helping out those that have disabilities. Almost like helping grannie cross the street.

The story has a happy ending. When the raccoon ended his Earthly course, the woman — an animal lover by the name of Erin — adopted the feral cats. She was going to give them up for adoption but ended up keeping them, and they helped her cope with the loss of her mother. I guess their bodyguard duties were not quite finished. 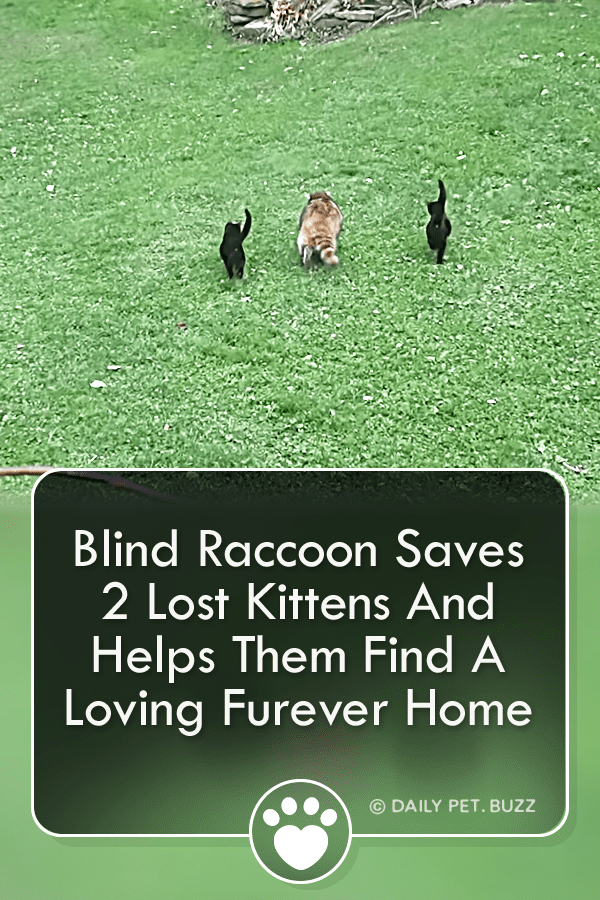