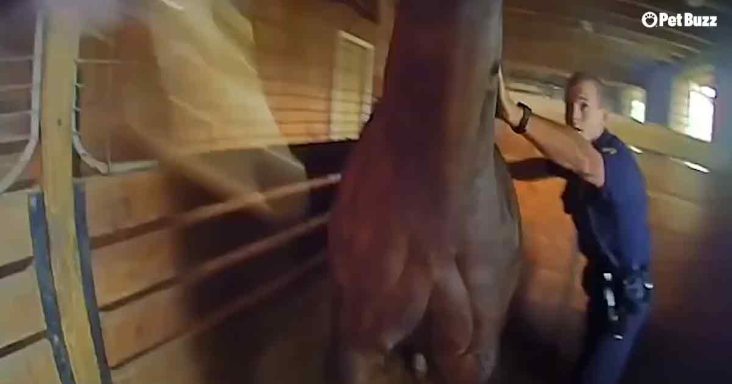 Two brave officers, Matthew Reiss and Kristian Hanus, saved a horse who refused to leave a burning barn. At Red Wing Farm in Pennsylvania, they arrived at the scene to see the place ablaze. 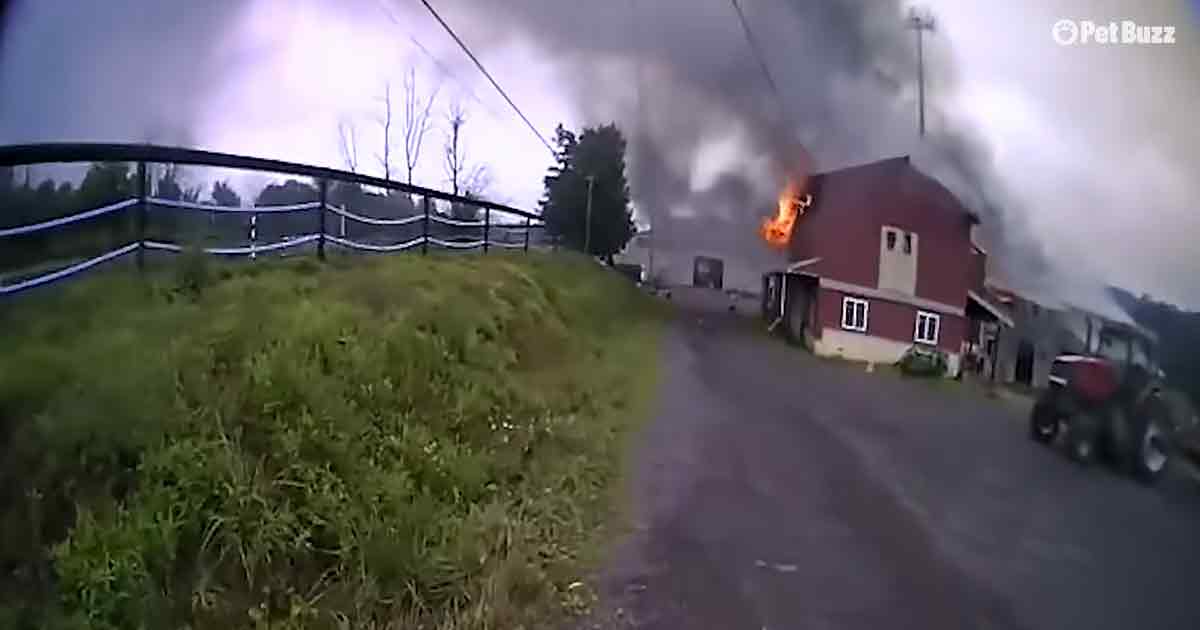 After asking if anyone was left inside, they found out everyone was safe except for a horse named Phoebe, who was frozen with fear. Phoebe was not moving out or away from the flames.

Upon entering the barn, the fire was spreading, and smoke filled the air. The stairs right next to Phoebe’s pen were burning bright. Reiss and Hanus did not hesitate and rushed in to help. 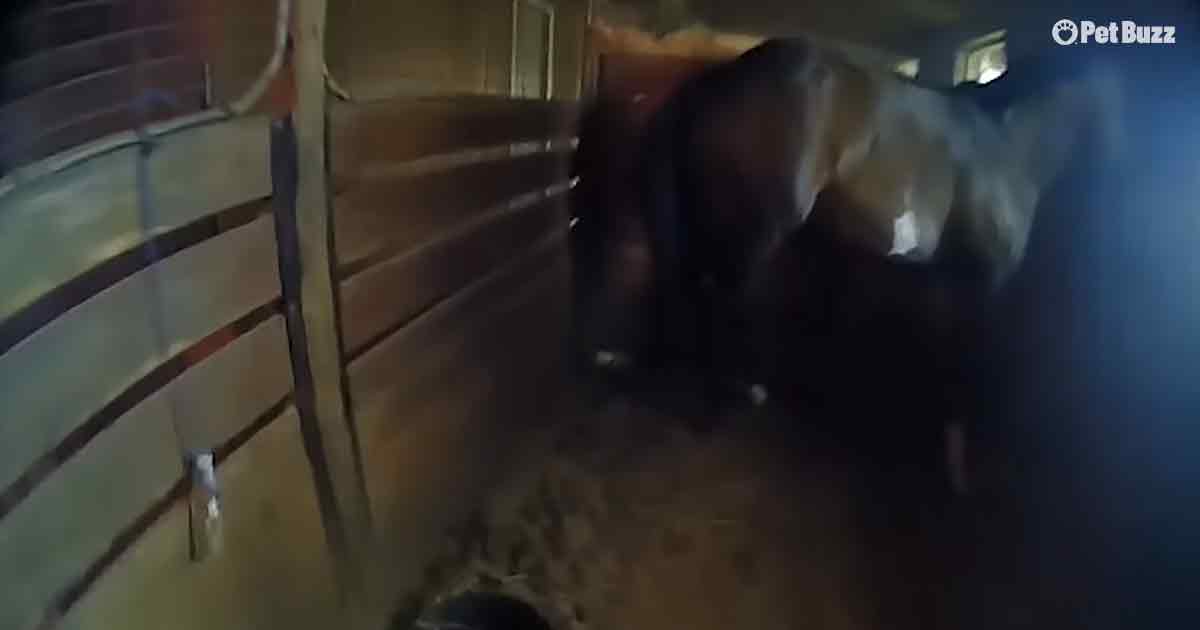 Phoebe would not budge when they tried to push her from behind. They held onto her head, but the horse was too strong against the two officers.

Even after they found some rope and put it around Phoebe, they were still having a difficult time. A brave farmhand stepped in and started to aid in the rescue effort. 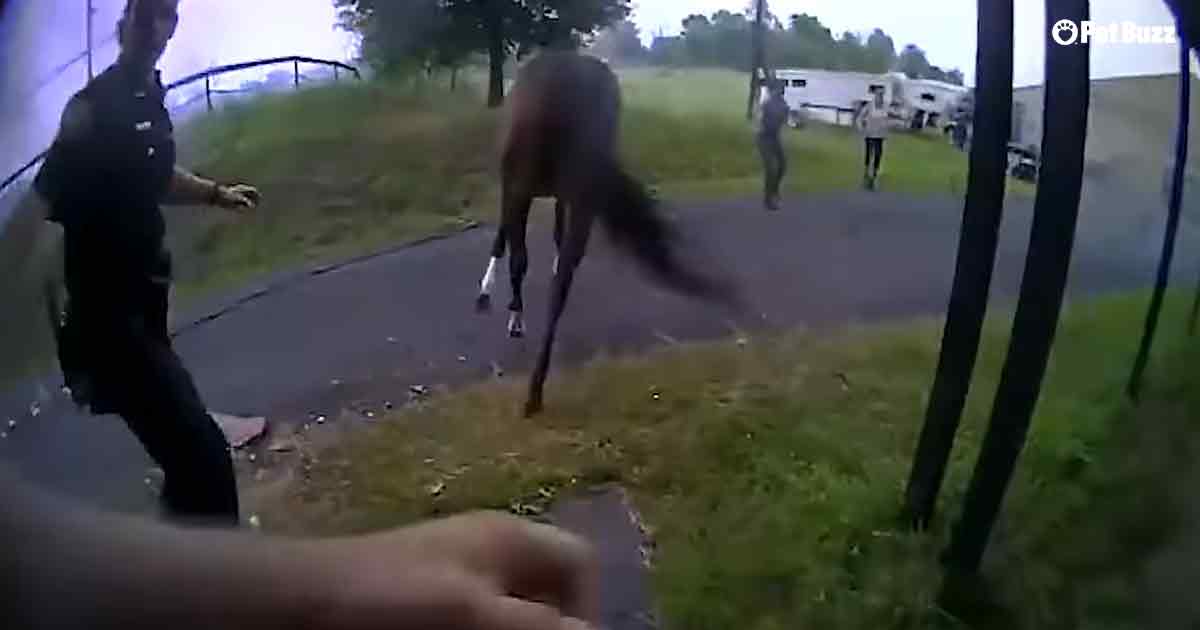 The fire was relentless and continued to spread all over the barn, and time was running out. Everyone felt the heat surrounding them as they shouted at Phoebe to get out of the barn.

Finally, Phoebe fled from the barn, and everyone let go of her as she sprinted past. The officers only had minor injuries, and eight people from the farm needed medical attention. 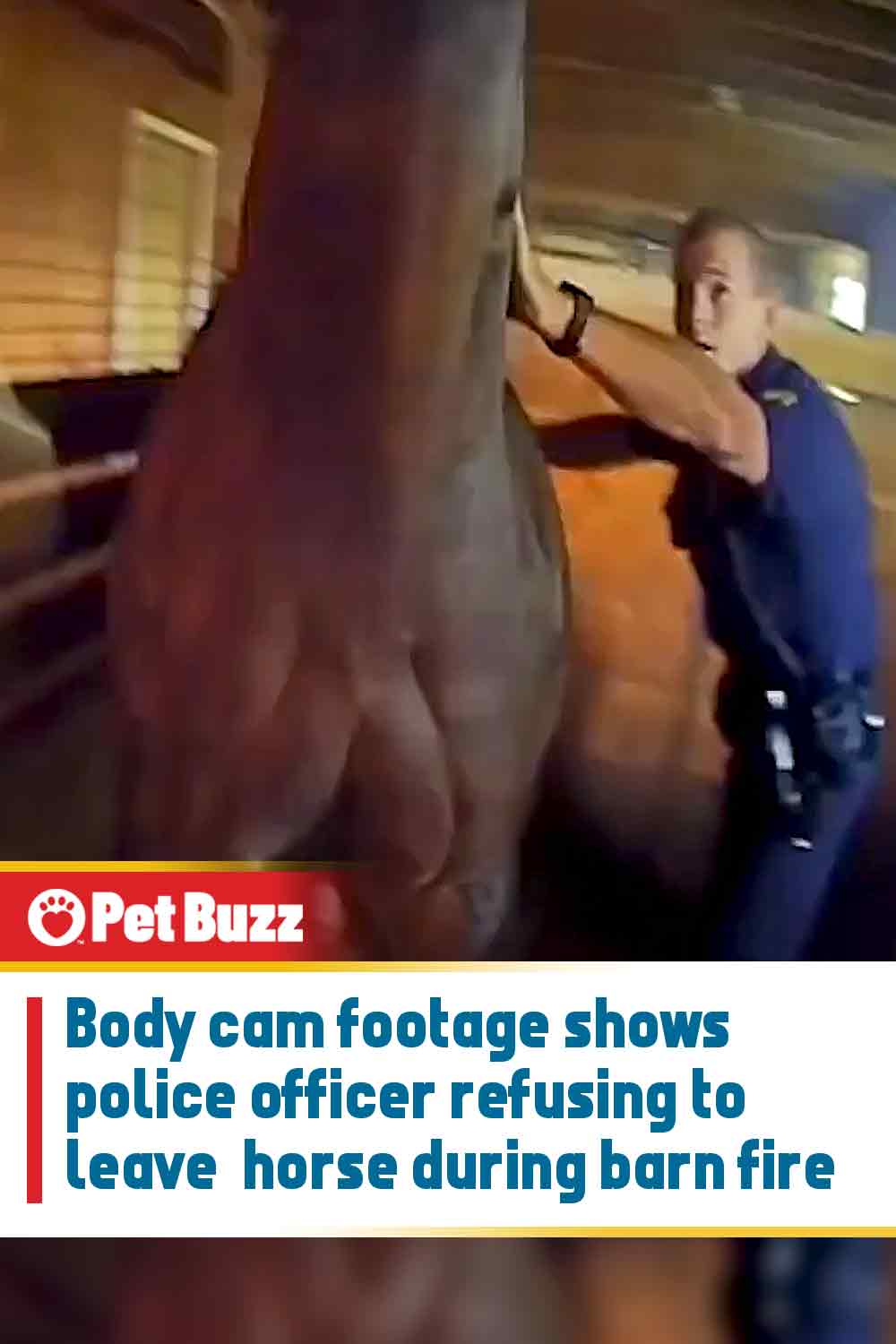