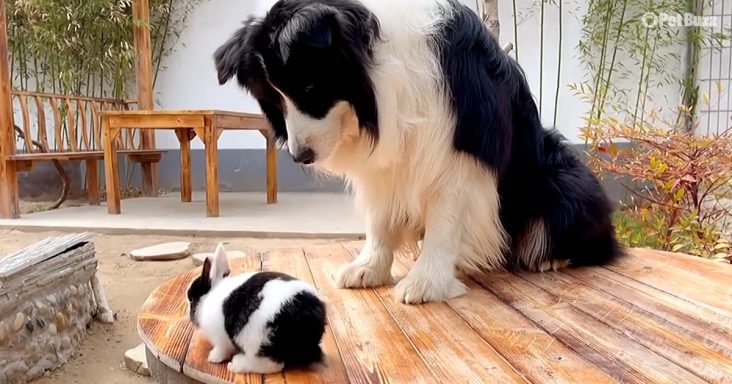 Bianmu, the Border Collie, was a ball of excitement when he met his new baby brother Tutu the bunny. The gentle dog stood over the small bunny that was about ten times smaller than he was.

Their fur had the same colors and almost the same pattern. Both of them enjoyed hanging out on Bianmu’s large and spacious bed. Bianmu watched his brother with curiosity.

Tutu was tiny, cute, and surprisingly not at all afraid of Bianmu. When Bianmu watched Tutu, he had a big smile on his face. Tutu walked around a wooden table and stood on his hind legs.

Bianmu made sure to be careful with Tutu. The bunny enjoyed running underneath and in between his big brother’s legs. Bianmu would joyfully sniff Tutu as he darted past him.

When Tutu took a nap in his cage, Bianmu went off with his caretaker and helped with some gardening activities. Eventually, Tutu even got his own special play area.

Most of the time, though, Bianmu and Tutu were on Bianmu’s bed. The bunny could squeeze himself into the corners of the bed. Tutu was growing more prominent, and the two brothers were inseparable.

They loved to cuddle, and it was hard to find Tutu when he was lost under or in between Bianmu’s black and white fur. It was an incredibly adorable sight to watch them together. 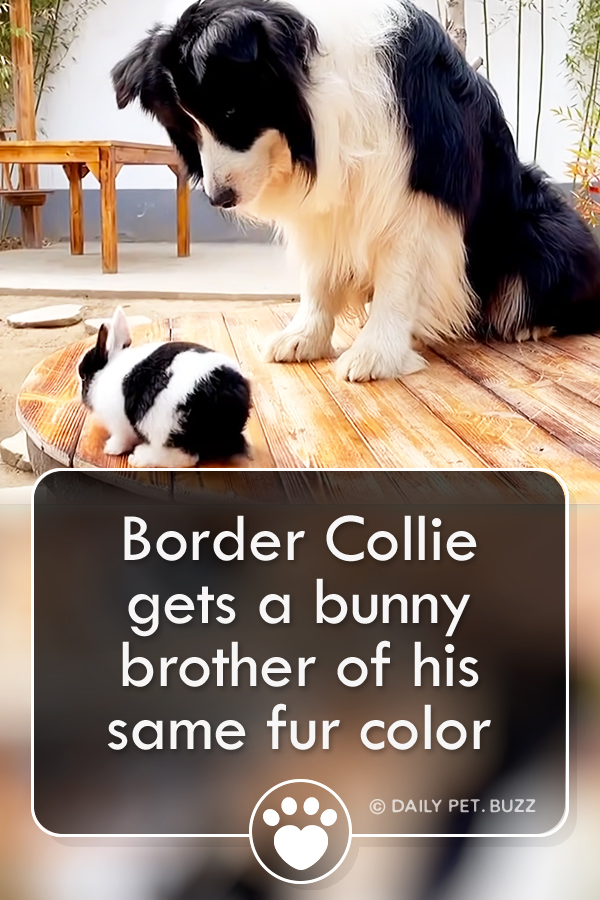