It’s not often you hear stories of remarkable individuals who have given up everything to fight abuses against animal cruelty and euthanasia. But that’s precisely how Badass Brooklyn Animal Rescue is best described. They are a team of people working together to ensure the safety of the lives of at-risk dogs taken in by high kill shelters.

‘Badass Brooklyn Animal Rescue started with one person, fostering one dog, in a one-bedroom apartment,’ founder Sara Cross tells Upworthy of her foster program. ‘Once you start, it’s very hard to stop because the deluge of dogs about to be killed for no other reason than overpopulation is just never-ending and completely overwhelming.’

She makes the apt point that everyone is touched when they see the face of a dog in need, but recalls that seeing it in person moved something in her to continue what started initially as a one-off project.

At first, Sara was operating Badass Brooklyn by herself on a case-by-case basis. Four years later, she estimates that her registered non-profit has rescued more than 1,400 dogs from high kill shelters, most of whom would have been euthanized.

‘When I started seeing the dogs that I had saved living great lives, it made me feel a sense of empowerment that nothing else has given me,’ she says. She adds that she hopes that in her lifetime, euthanasia of homeless dogs will no longer be a problem in our communities.

What did you think about this video? Let us know in the comments. We’d love to hear from you! Please share this clip on Pinterest to make other aware of the great work this woman does to rescue and rehome these dogs. 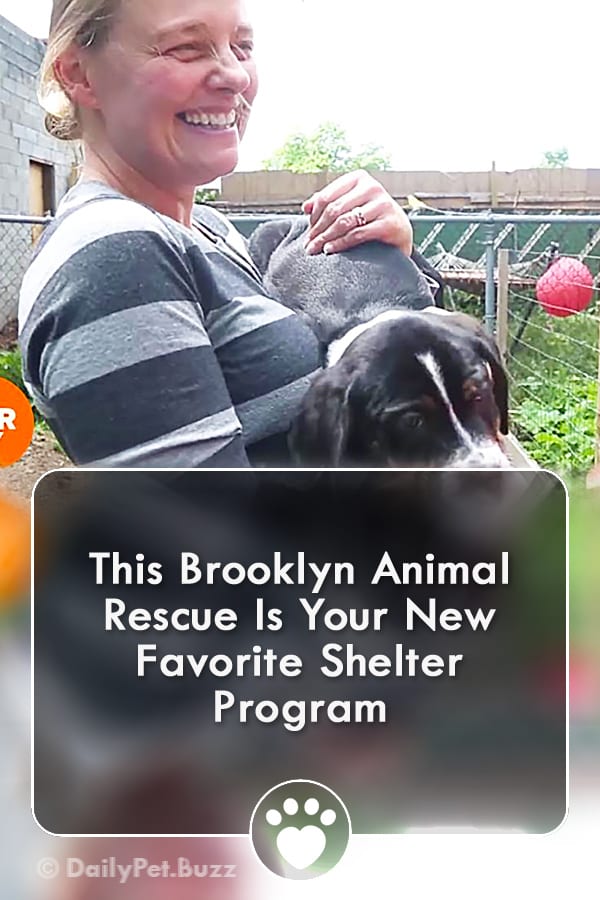